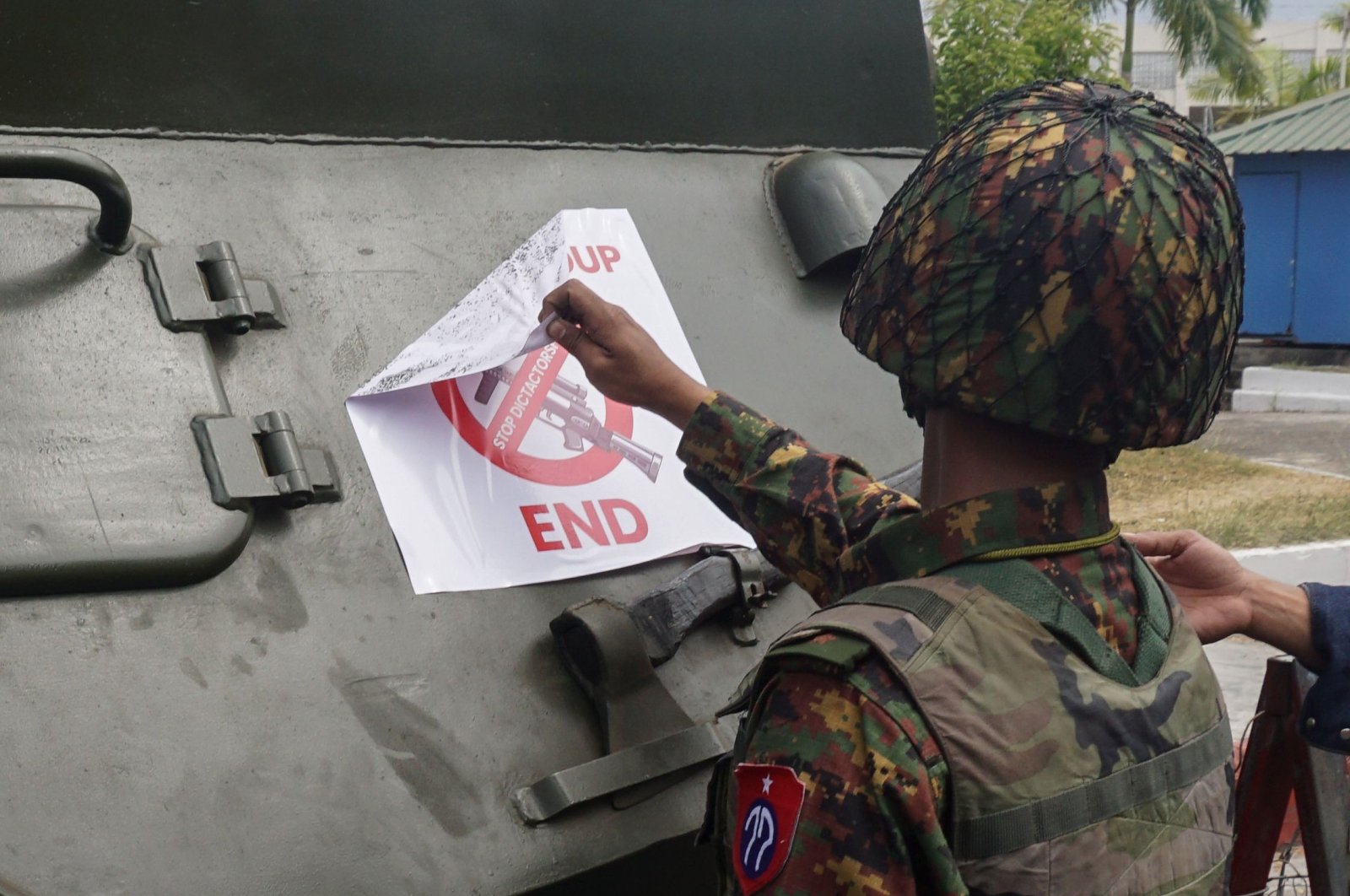 A soldier removes a protest sign denouncing the military coup stuck to an armoured vehicle outside the Central Bank of Myanmar in Yangon on Feb. 15, 2021. (AFP Photo)
by ASSOCIATED PRESS Mar 08, 2021 9:03 am
RECOMMENDED

Australia has suspended defense cooperation with Myanmar and is redirecting humanitarian aid in reaction to the military takeover of the government and the ongoing detention of an Australian citizen.

Foreign Minister Marise Payne said on Monday that Australian diplomats and relatives had only been able to contact economic policy adviser Sean Turnell twice by phone since he was detained in early February. She described the access as "very limited consular support.”

"We believe Professor Turnell has been arbitrarily detained along with senior members of the Myanmar government including State Counsellor Aung San Suu Kyi, including the President” Win Myint, Payne told reporters.

"We do not accept the conditions of his detention and the reasons for his detention. We seek a return to democracy. We seek absolutely the cessation of any armed violence against unarmed peaceful protesting civilians. And in everything we are doing we are seeking Professor Turnell’s release,” she added.

Australia announced late Sunday it had suspended a defense training program with Myanmar worth about 1.5 million Australian dollars ($1.2 million) over five years. The program had been restricted to non-combat areas such as English-language training.

Australian humanitarian aid will be directed away from the Myanmar government and government-related entities. Instead, it will focus on the immediate humanitarian needs of the most vulnerable and poor in Myanmar including the Rohingyas and other ethnic minorities, Payne said.

Australia had previously imposed sanctions including an arms embargo and sanctions targeting five members of Myanmar's armed forces. These sanctions would continue to be reviewed, Payne said.

Turnell was detained within weeks of arriving in Myanmar’s biggest city, Yangon, from Australia to take up a job as an adviser to Suu Kyi’s government.

"I assume that we are going more softly than otherwise at the moment until Sean is returned to Australia," she added.