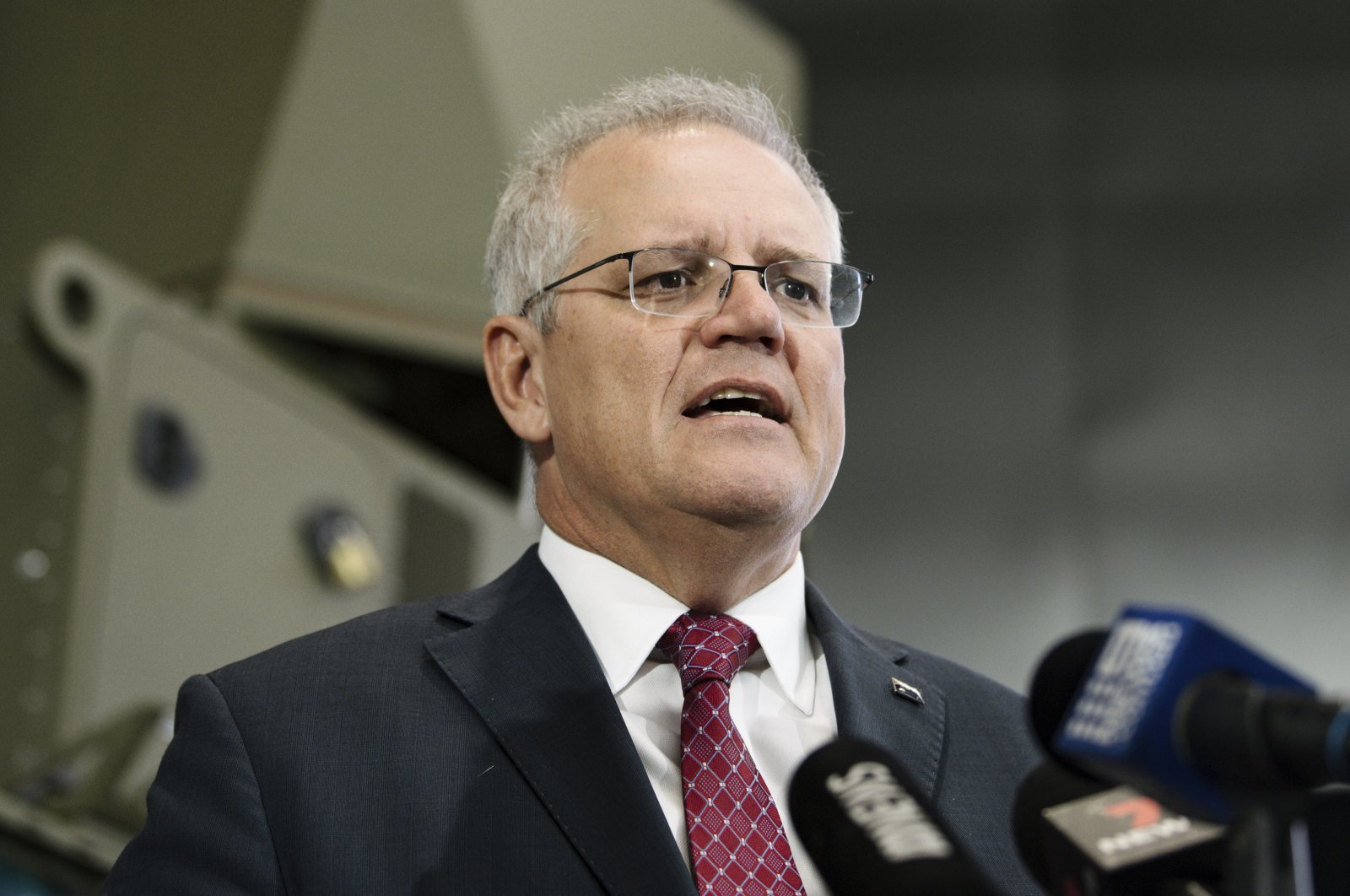 Australian Prime Minister Scott Morrison, faced with increasing public frustration, once again shifted the blame to the European Union for the island nation's shortcomings in COVID-19 inoculation efforts, claiming the bloc's vaccine export restrictions were behind the sluggish rollout in the country.

His government, which received global praise for successfully containing Australia's coronavirus outbreak, has fallen far behind its vaccine rollout schedule.

It had initially pledged to administer 4 million doses by the end of March but had instead managed about 920,000 shots by Wednesday, drawing increasing criticism that Morrison tried to address at a hastily organized press conference.

Australia has received around 870,000 doses of the Pfizer-BioNTech vaccine, which it is administering to frontline workers, according to Agence France-Presse (AFP).

Authorities had been counting on imported and locally made AstraZeneca shots to cover most of the population.

However, trouble surfaced last month when Italy blocked the export of 250,000 AstraZeneca doses as it struggled to cope with a severe coronavirus crisis at home, a delay Morrison's government insisted would not affect its overall vaccine rollout plan.

A wider debate across Europe on whether to export vaccines when EU countries are struggling to contain the virus has also held up supplies.

Morrison said Wednesday he had been reassured by statements from EU officials overnight that AstraZeneca export requests were being processed.

He said he was also still awaiting an EU response to an urgent request for 1 million of Australia's AstraZeneca doses to be diverted to neighboring Papua New Guinea, which is facing a worrying COVID-19 surge.

Early in the pandemic, Morrison boasted that Australia would be "at the front of the queue" for vaccines after a slew of deals with AstraZeneca, Pfizer and Novavax.

However, public frustration over the actual rollout has prompted angry exchanges last week between the Morrison government and state officials tasked with administering the program.

"Scott Morrison needs to stop pretending like there's no rush. Vaccinations are our ticket back to normal, the government needs to get a move on," opposition leader Anthony Albanese said.

Meanwhile, an upbeat development in coronavirus-related news for Morrison came on Tuesday as New Zealand announced that it would open the long-awaited travel bubble with the Oceania nation. The bubble will mean a two-way, quarantine-free travel corridor starting on April 19, allowing families to reunite and giving a big boost to the struggling tourism industry.