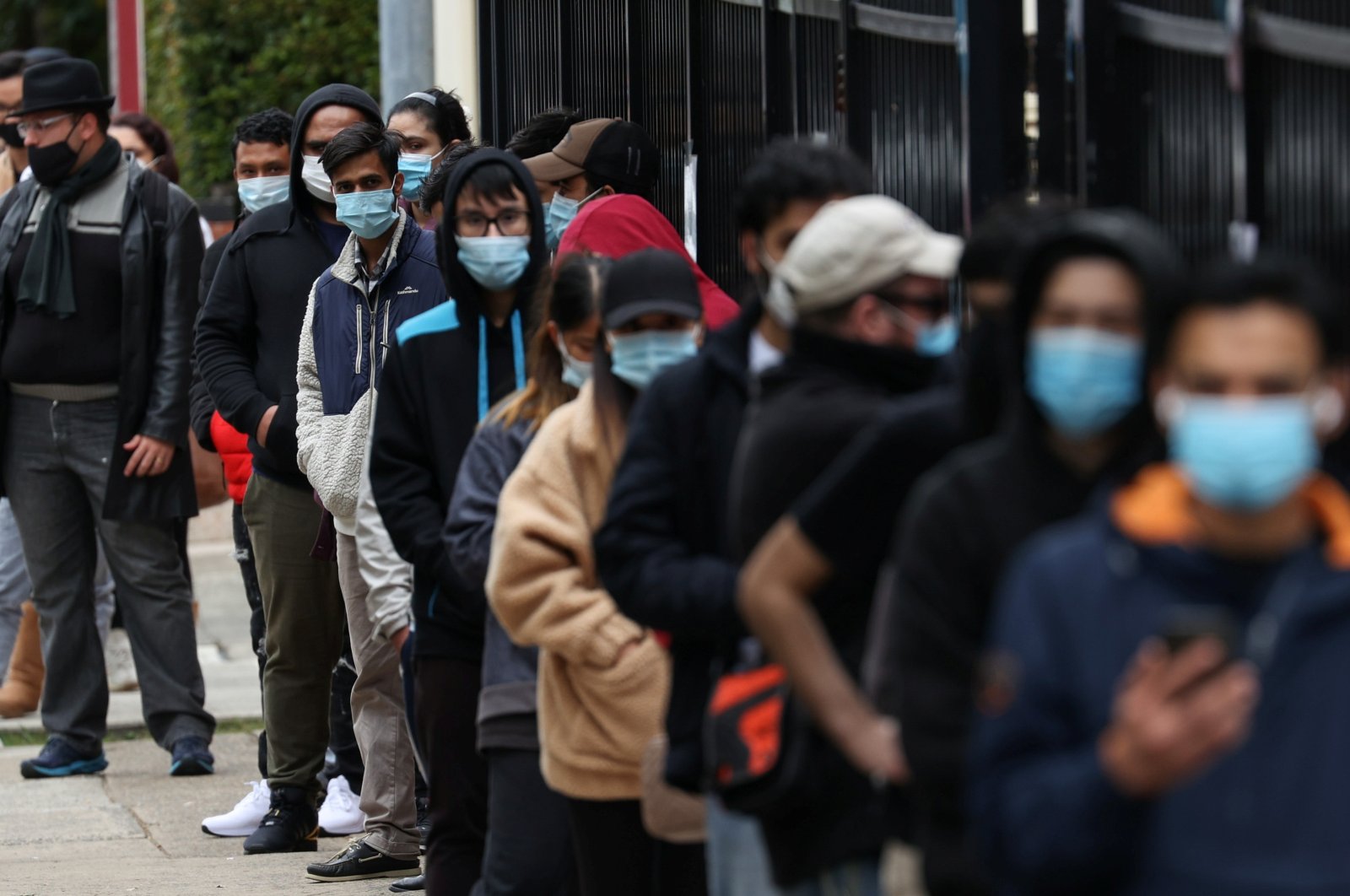 People wait in line outside a COVID-19 vaccination clinic in the Bankstown suburb during a lockdown to curb an outbreak of cases in Sydney, Australia, Aug. 25, 2021. (Reuters Photo)
by French Press Agency - AFP Aug 26, 2021 8:48 am
RECOMMENDED

Daily coronavirus cases exceeded 1,000 in Australia on Thursday for the first time since pandemic began amid a delta variant outbreak in Sydney.

New South Wales state, which includes the country's most populous city Sydney, announced a record 1,029 cases of COVID-19 for the previous 24 hours.

An outbreak that began in the city in mid-June has reached over 15,000 cases and spread to smaller towns and cities, prompting the return of lockdowns and travel restrictions across Australia's populated southeast.

Despite the soaring figures and growing pressure on hospitals, state premier Gladys Berejiklian announced a modest easing of restrictions for vaccinated people from mid-September.

Up to five fully vaccinated people will be allowed to gather outdoors in non-hotspot areas after New South Wales hit a target of six million jabs in a population of about eight million.

"That was the option that met the mental health and wellbeing of our community but also provided the lowest risk setting," Berejiklian said.

She said the health system was able to cope with the added strain after capacity was boosted, pledging that "everybody who needs help will get that help."

It came as authorities extended stay-at-home orders for the rest of New South Wales to September 10, as concerns grew over rising cases in regional areas that deputy premier John Barilaro described as "a tinderbox ready to explode."

Meanwhile, Victoria state – which is grappling with a smaller outbreak that emerged in Melbourne – announced a further 80 new cases Thursday.

More than half of Australia's 25 million people are stuck in lockdown, including in Sydney where residents have been under stay-at-home orders for more than two months.

The nation has recorded almost 48,000 cases and nearly 1,000 deaths during the pandemic to date.