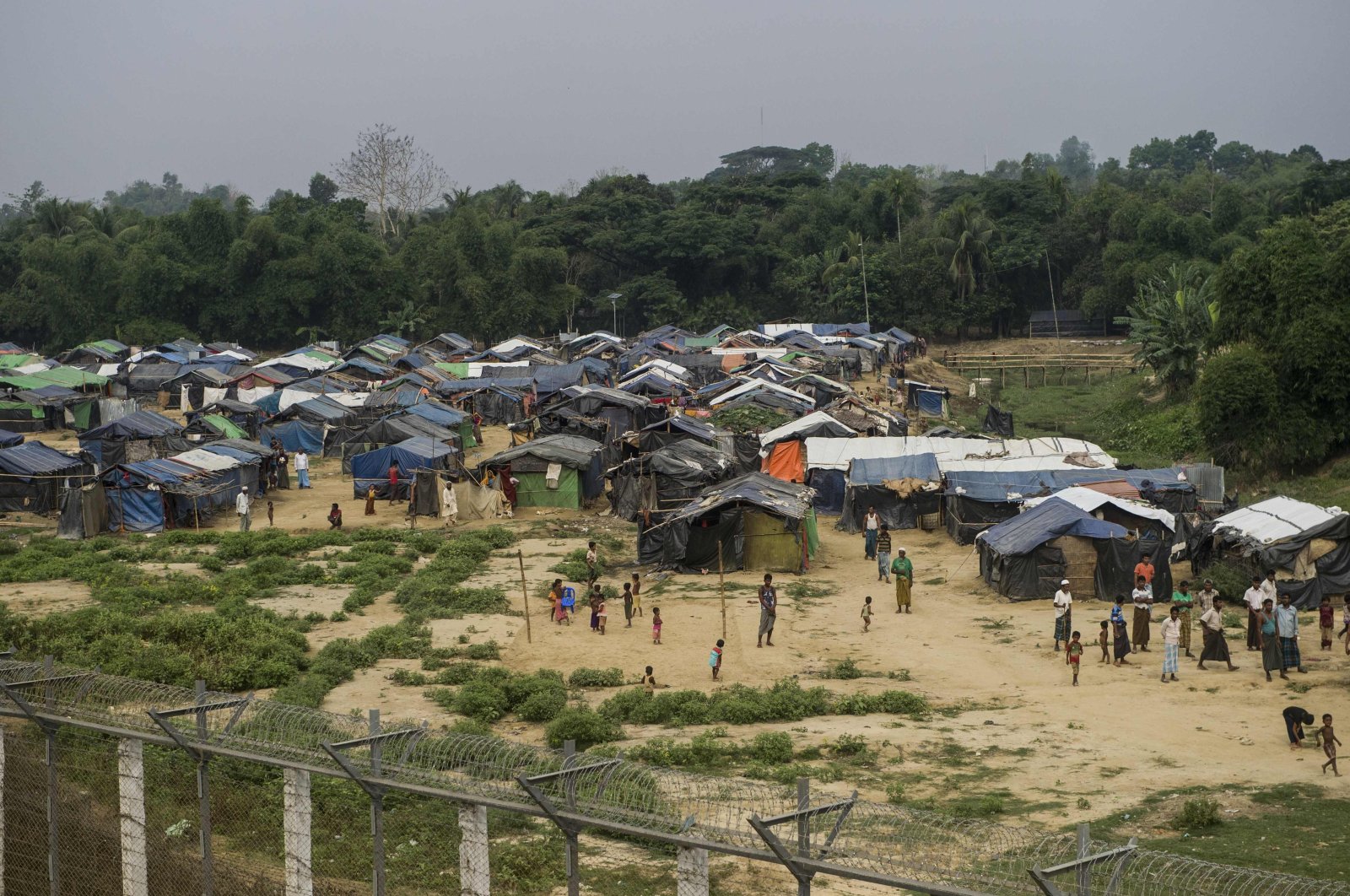 Rohingya refugees gather near their shelters in the "no man's land" behind Myanmar's border lined with barbed wire fences in the Maungdaw district, Rakhine state bordered by Bangladesh, April 25, 2018. (AFP Photo)
by Agencies Oct 22, 2021 10:07 am
RECOMMENDED

Gunmen killed at least seven people and left others wounded in an assault Friday on an Islamic seminary in a Rohingya refugee camp on the Bangladesh-Myanmar border, police said. The attackers shot some victims and stabbed others with knives, a regional police chief said.

The killings come as tensions mount in the camps that house more than 900,000 refugees from Myanmar, after a Rohingya community leader was shot dead outside his office three weeks ago. Four people were killed instantly in Friday's attack and three others died at a hospital in the Balukhali camp. Police did not say how many people were wounded.

"We arrested one attacker immediately after the incident," Shihab Kaisar Khan, regional chief for an armed police battalion, told reporters, according to Agence France-Presse (AFP). The man was found with a gun, six rounds of ammunition and a knife, he added. Many Rohingya activists have gone into hiding since the killing of rights advocate Mohibullah by unknown assailants.

Following the killing, Home Minister Asaduzzaman Khan Kamal said “arrangements will be made to increase security” at the Rohingya camps in the coastal Cox’s Bazar district. Kamal announced the decision to reporters following a meeting of the National Committee on Coordination, Management and Law Enforcement of Myanmar (Rohingya) at the Secretariat in Dhaka on Thursday. Foreign Minister A. K. Abdul Momen was also present at the meeting.

"The government held discussions with all concerned and stakeholders to ensure law and order and overall security inside the Rohingya camps in Cox's Bazar and Bhasan Char, and arrangements will also be made to increase security. Manpower and logistical support of law enforcement agencies ... will be provided to enhance security,” Kamal was quoted as saying by Anadolu Agency (AA).

The construction of barbed wire fences in the camps is in the final stages and there are several watchtowers across the camps to monitor movements.

Efforts are being made in international forums to accelerate the process of Rohingya repatriation, he said. Several people involved in the killing of Rohingya leader Mohibullah have been arrested, he added.

Bangladesh is hosting 1.2 million Rohingya in refugee camps in the southern district of Cox’s Bazar who fled Myanmar’s Rakhine state after a brutal military crackdown in August 2017.

Bangladesh relocated more than 20,000 Rohingya refugees to the Bhasan Char islet last December and will relocate an additional 80,000 soon as it has signed a memorandum of understanding with the U.N. to facilitate refugees on the island.

Bhasan Char is located 50 kilometers (31 miles) off the southwestern coast and nearly 193 kilometers (120 miles) south of the capital, Dhaka, where the government has constructed 1,400 big cluster houses. Each cluster house has 16 rooms.