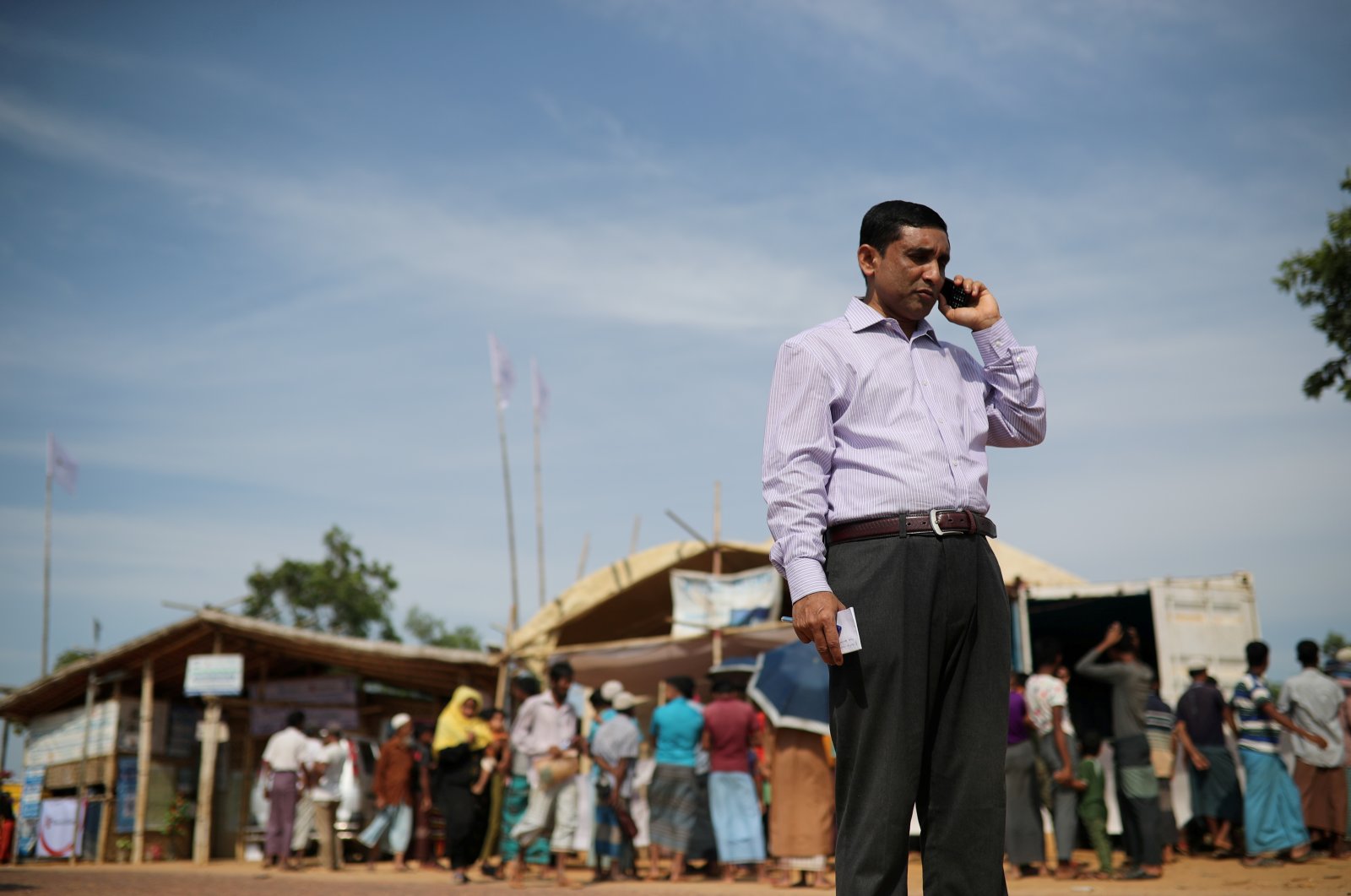 Mohibullah, a leader of the Arakan Rohingya Society for Peace and Human Rights, talks on the phone in the Kutupalong camp in Cox's Bazar, Bangladesh, April 7, 2019. (Reuters Photo)
by ASSOCIATED PRESS Sep 29, 2021 9:15 pm
RECOMMENDED

A prominent leader of the Rohingya refugees was shot by unknown perpetrators, leaving the leader dead in a camp in Bangladesh, a police official said Wednesday.

Naimul Haque, a commander of the Armed Police Battalion in Cox’s Bazar, said in a statement that the gun attack on Mohibullah took place at the Kutupalong refugee camp at Ukhiya in Cox’s Bazar district late Wednesday.

Doctors in a hospital declared him dead after he was rushed there.

No groups claimed responsibility, and it was not clear immediately who was behind the attack.

Mohibullah, a teacher turned rights activist known by just one name, emerged as a key Rohingya refugee leader and a spokesperson representing the refugees from neighboring Myanmar in international meetings. The 50-year-old came to Bangladesh in 2017 when about 700,000 refugees fled Myanmar amid the violence of Myanmar soldiers.

In 2019, he represented the refugees on a visit to the White House for a meeting with then U.S. President Donald Trump on religious freedom, where he raised points about the sufferings and persecution faced by the Rohingya Muslims in Myanmar. But he was bitterly criticized by Bangladeshi media the same year after he led a massive rally of 200,000 refugees to commemorate the second anniversary of the crackdown by Myanmar’s military.

About 700,000 Rohingya fled to the camps in Cox’s Bazar after August 2017, when the military in Buddhist-majority Myanmar began a harsh crackdown on the Muslim group following an attack by insurgents. The crackdown included rapes, killings and the torching of thousands of homes, and was termed ethnic cleansing by global rights groups and the U.N.