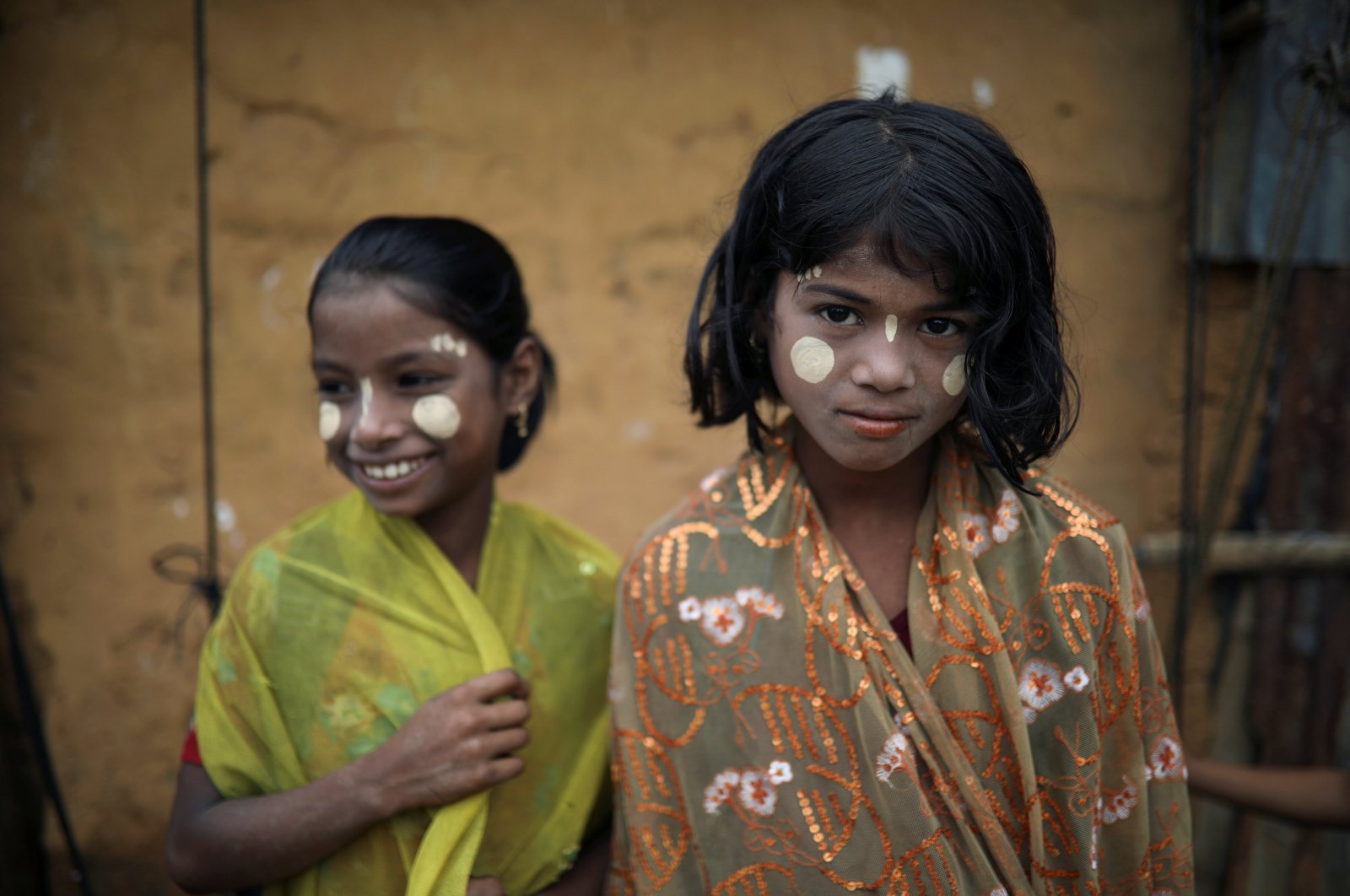 The two-member U.N. team visited Bhasan Char island in the Bay of Bengal in southern Bangladesh on Monday to observe the living conditions of nearly 20,000 Rohingya there and also met with stateless people in the mainland camps in Cox's Bazar district. Likening the settlements on the island to an open prison, many international rights organizations including Human Rights Watch (HRW) oppose the relocation of Rohingya there without a feasibility study by U.N.-appointed experts.

Dismissing such concerns, Bangladeshi authorities claim the move is essential, in light of the congested and subhuman living conditions in the world's largest refugee camps in Cox's Bazar, which is home to more than 1.2 million Rohingya, most of whom fled a brutal military crackdown in western Rakhine state in their home country of Myanmar.

Amid such controversy, the two high-ranking U.N. officials visited the island under the facilitation of the Bangladeshi government and hundreds of Rohingya staged demonstrations while they were there. Referring to the situation in Bhasan Char, the U.N. delegation said stateless Rohingya in Bangladesh should have a dignified life with education and livelihood opportunities. The Bangladesh government has constructed 1,400 big cluster houses four feet above the ground with concrete blocks and 120 multi-storied cyclone shelters on the island, which is reportedly prone to natural disasters.

Each cluster house is made up of 16 rooms. Spending over $350 million from its domestic resources, the Muslim-majority country has developed a resettlement project on 13,000 acres for temporarily resettling 100,000 Rohingya Muslims. "If vulnerable people like the Rohingya lose their education, if the children idly pass the time on the streets without an education and if the young men and young women do not have access to education, they will have no future,” said Triggs.

Claiming that stateless people or refugees in many countries across the world have access to education and livelihood opportunities, she said the permanent solution to the Rohingya crisis depends on peaceful and dignified repatriation, but in the interim period, they should participate in educational and economic activities. Mazou also asked Bangladeshi authorities to ensure that Rohingya "are not idle, as it is dangerous.”

Both U.N. officials assured Bangladesh that they would work for the peaceful and dignified repatriation of Rohingya to their home country, Myanmar, adding the period since the country's Feb. 1 military coup has been "very difficult.” "There is a very difficult political environment in Myanmar,” Triggs added.

Noting the delay in the repatriation of the Rohingya, she added they have come forward to support the Bangladeshi government in ensuring that the Rohingya people are protected and lead a dignified life. The U.N. delegation, however, expressed satisfaction with the state of the settlements on Bhasan Char island for Rohingya.

"We have requested the UN delegations to pay more attention to Rakhine state.They are developing many beautiful projects in Rakhine,” said Momen, referring to U.N. activities in Rakhine. Momen also placed emphasis on visiting projects to prompt the Rohingya to go back to their original place of birth, where they have lived for centuries.

"Take the Rohingya majhees [camp-based leaders] to Rakhine and show them those projects so that they are encouraged to return to their home country,” he said.

On Monday's violence in Bhasan Char, Momen explained that since the mass exodus of Rohingya in 2017, nearly four years have passed without the repatriation of a single member of the stateless people.

"They have children but no education, no future, so they are upset.”