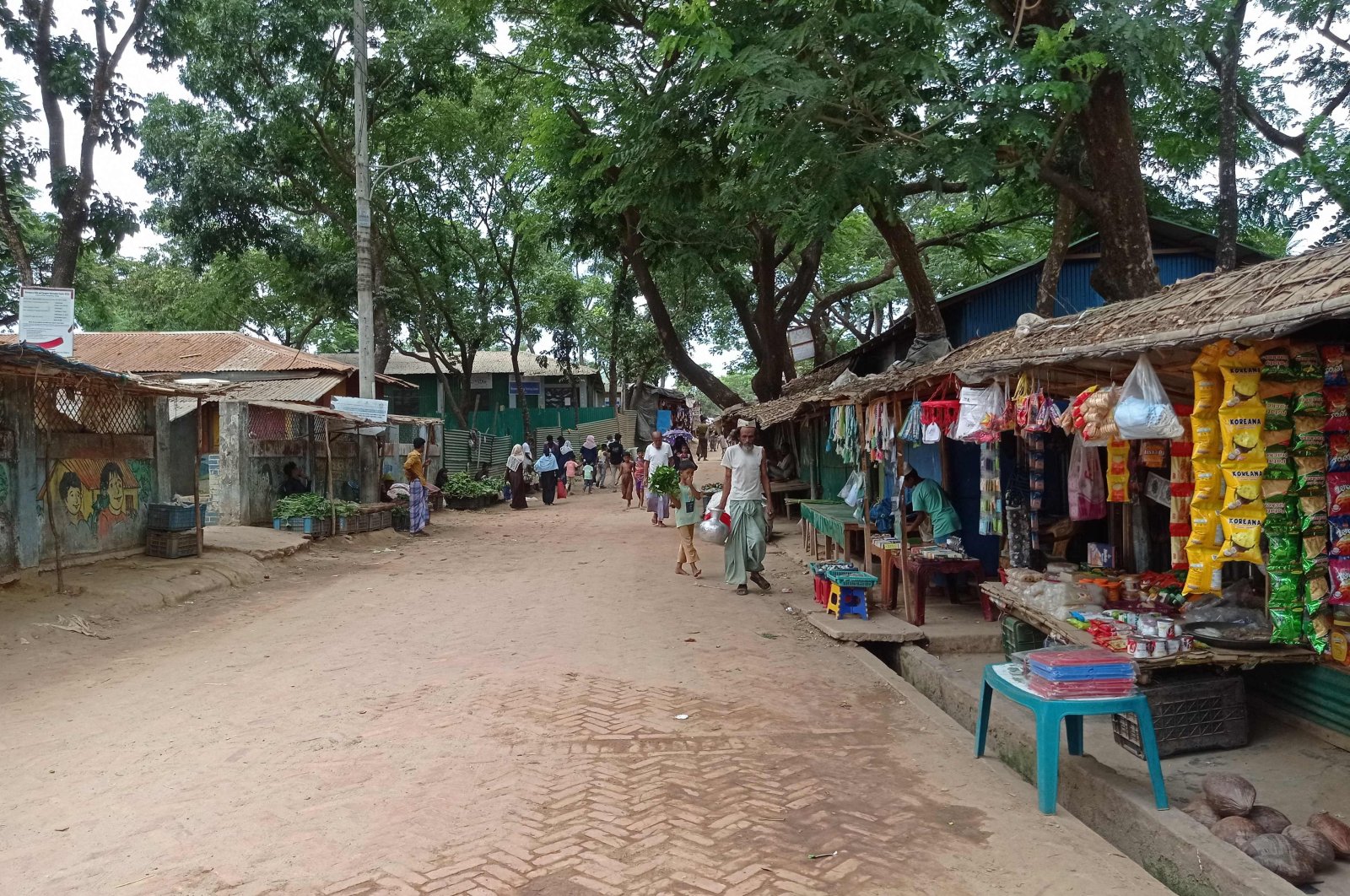 People walk along the shops in the Kutupalong Rohingya refugee camp area where authorities imposed a lockdown to contain the spread of coronavirus in Ukhia, Bangladesh, May 21, 2021. (AFP Photo)
by Agencies May 21, 2021 4:14 pm
RECOMMENDED

Nearly a million Rohingya refugees who fled persecution in Myanmar live in 34 sprawling camps in southeastern Bangladesh, and campaigners have warned that the crowded conditions make it difficult to stem the spread of the virus.

Cases in the camps have stayed relatively low since the pandemic began, but test results on Wednesday and Thursday showed a higher rate of transmission, said government official Shamsud Douza. On Thursday, 45 out of 247 tests were positive.

"The coronavirus spread in the camps has been low since the beginning. But the spike made us take this decision as a preventive step," said Douza, who works at the government's Refugee, Relief and Repatriation Commission (RRRC).

Under the lockdown that took effect on Thursday, residents will not be able to move between different camps and only essential services will operate.

"We haven't decided when we will lift the lockdown," Douza added, according to Reuters.

There have been 864 confirmed cases of COVID-19 in the refugee camps out of about 41,500 tests, and 13 deaths. Officials think the spike in cases may be linked to an increase in the number of gatherings in the camps during the Muslim holy month of Ramadan, which ended on May 12.

Bangladesh's government has said it will include Rohingya refugees in the nation's vaccine roll-out, which has stalled since neighboring India curbed its vaccine exports in April. Bangladesh was supposed to receive about 30 million doses of the AstraZeneca vaccine from India this year, but has only received 7 million, and has so far vaccinated just 2% of its 170 million people.

Mass vaccination among refugees will be crucial for fighting COVID-19 in the camps in the long term, officials said.

"We have already trained several vaccinators and helping hands to provide vaccines in the camps. Now all we need is the supply," said Abu Toha, health coordinator at the RRRC. "Considering how crowded the area is, it will be good if vaccines can be supplied here," he added.

An international aid worker told Agence France-Presse (AFP) that the authorities have already used loudspeakers to warn people in the camps of the restrictions.

The worker said the number of cases has also jumped among the host Bangladeshi population in Teknaf, prompting the authorities to impose a lockdown in the southern-most border town. A senior police officer told AFP that authorities have stepped up security and set up checkpoints in the settlements.

Bangladesh launched a COVID-19 vaccination drive in February and some 6 million people have got one or two doses, but that campaign has not reached Rohingya refugees.