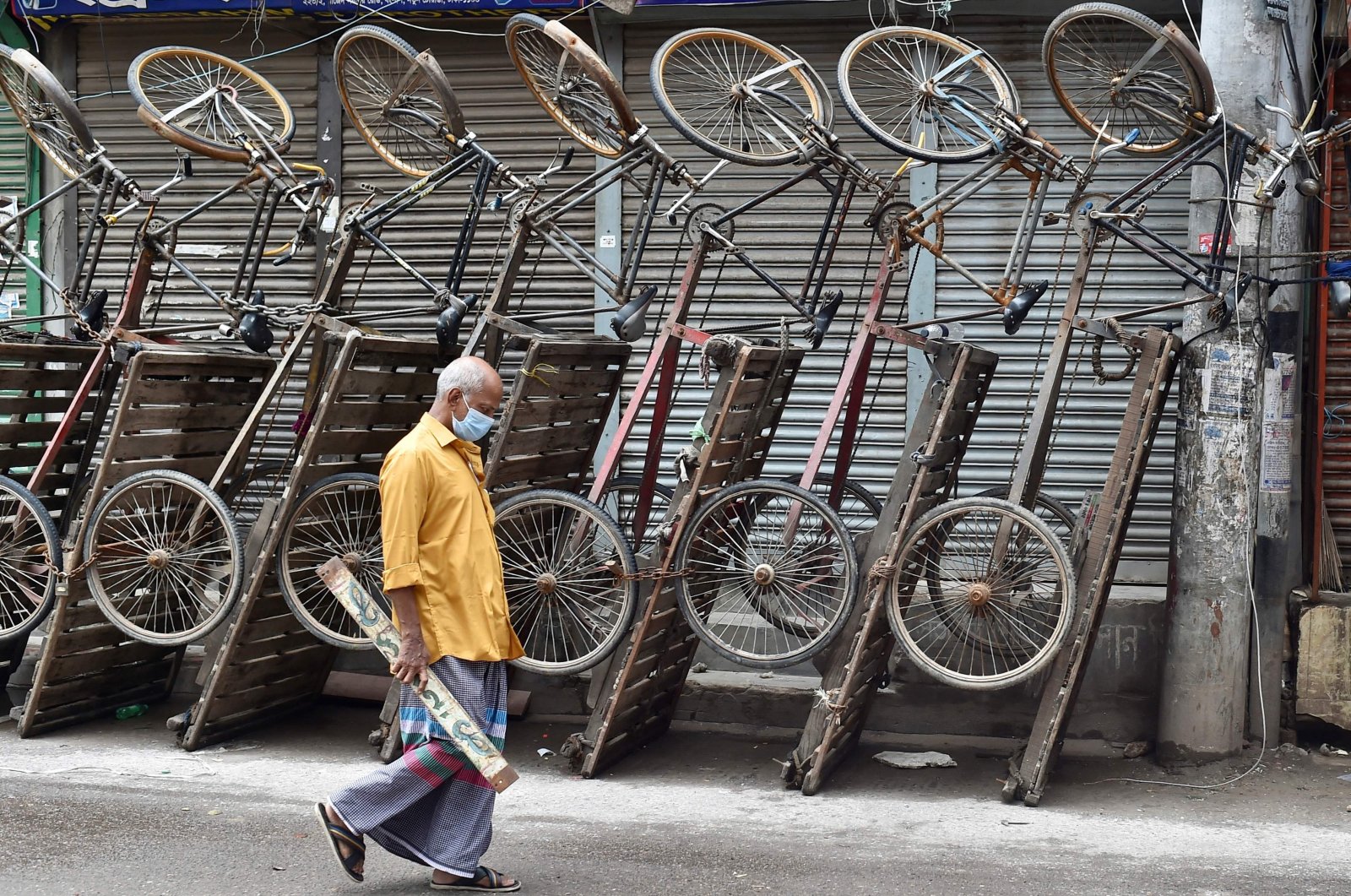 The increase in new coronavirus cases, coupled with insufficient oxygen supply, public resistance to pandemic restrictions and the delta variant have put the country's virus hot spots in a dire situation

The sharp rise in the number of new coronavirus infections in Bangladesh and lack of public adherence to the pandemic measures has led the situation to spiral out of control in the country's virus hot spots.

Empty oxygen cylinders are piling up almost as fast as bodies in the city of Khulna, which has become Bangladesh's coronavirus hot spot in a dire new surge.

The government has ordered a strict week-long nationwide lockdown in a bid to halt the spread of COVID-19, but Khulna's hospitals cannot cope.

Neither can relatives of the dead.

Mohammad Siddik leaned against empty cylinders under a hospital emergency porch, tearfully telling relatives in phone calls that his 50-year-old brother had died.

The 42-year-old businessperson brought his brother to the hospital as his condition deteriorated. But there was no bed and no oxygen, he told Agence France-Presse (AFP).

"He passed away gasping for air in the hospital corridor," said Siddik.

"They didn't give him any oxygen until the end."

The southwestern district bordering India's West Bengal state has seen a sharp rise in coronavirus infections blamed on the more contagious delta variant, which was first detected in India.

On Thursday, Khulna city recorded 46 virus deaths, according to an official count, while in earlier waves the daily death toll never went into double figures.

Most people in the city of 680,000 people say the real toll is much higher and, according to reports, graveyards cannot cope with the number of dead in nearby cities such as Satkhira.

The main state-run Khulna general hospital is one of four in the city treating coronavirus patients and has 400 beds but demand far outstrips supply.

"We have been dealing with enormous admission pressure in hospitals," said Niaz Muhammad, chief government doctor for the Khulna region.

He denied there was an oxygen shortage.

'The situation is dire'

But another grieving relative also told how her brother had died without oxygen.

Afroza, who gave only one name, shed tears in a hospital ward.

"If only they could have given a little oxygen to my brother, he would still be alive," she said.

Police and troops have patrolled the streets across Bangladesh, home to 168 million people, since Thursday to enforce the lockdown. Hundreds of people have been arrested each day for leaving their homes.

In Khulna, restrictions on movement have been in place since last month, as the infection rate has soared.

But the city's factories are still open and many people say they are forced to go out to work.

Student Rafikul Islam said he walked 7 kilometers (4 miles) to his part-time factory job as there were no buses.

"Most shops and transport are shut down. But given Khulna's serious situation, we must maintain this. There is no other way. The situation is dire," he said.

Officially, Bangladesh has recorded just over 935,000 cases and 14,900 deaths in the past 15 months, but most people say the figures are drastically under-reported.

Mohammad Babu, who works in a Khulna cemetery, said he has never been so busy in his 32 years digging graves.

"The number of burials this year is much higher than at any time in the past," he said.

"People cannot be bothered to isolate and this spreads the infection even more," said Suhas Halder, spokesperson for Khulna's main coronavirus hospital.