Beijing forces Uyghurs in detention to pledge allegiance to China 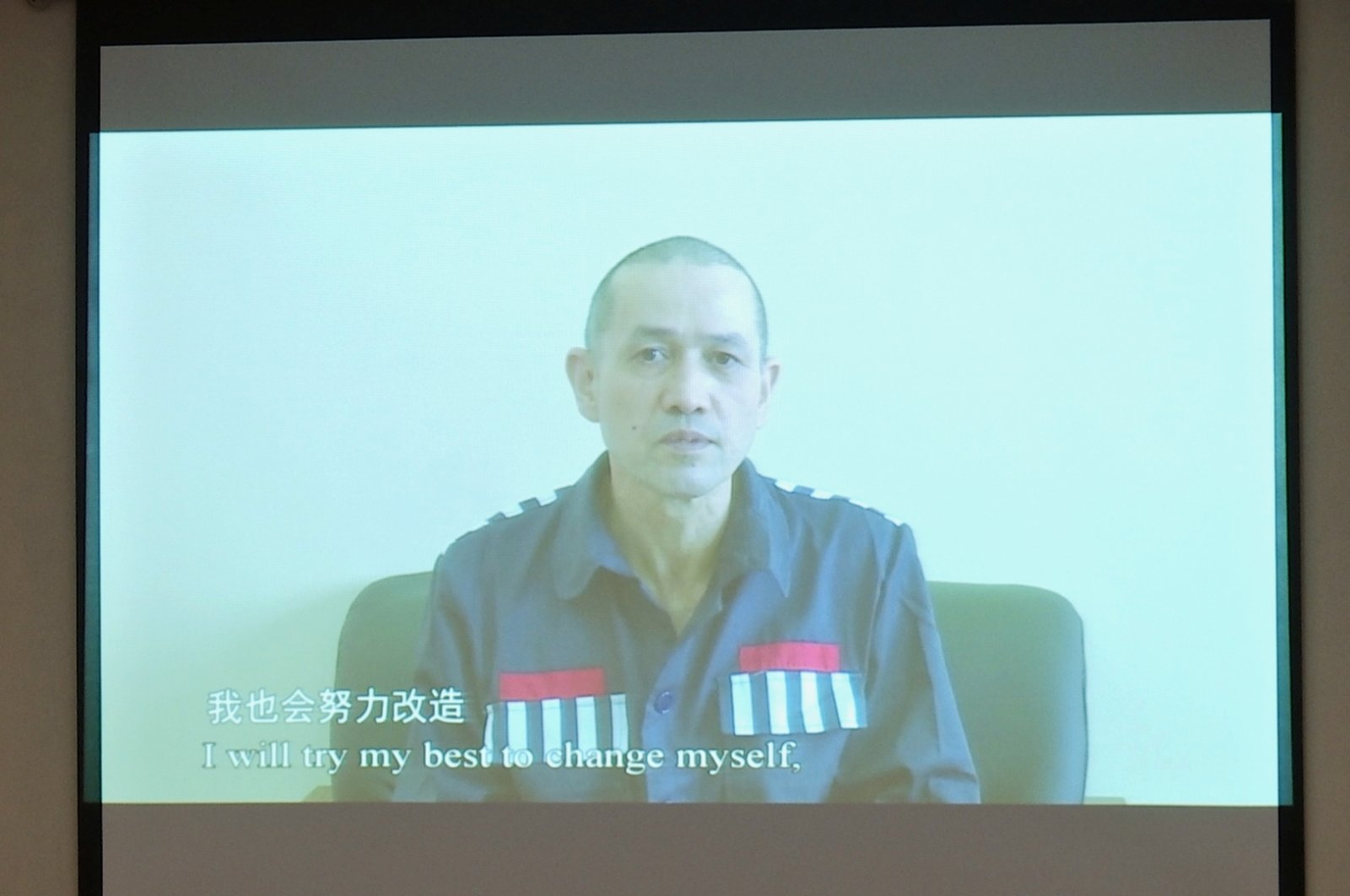 Erkin Tursun, a former TV producer who officials say is serving a 20-year sentence in Xinjiang, is seen speaking on a video shown at a news conference on Xinjiang-related issues, in Beijing, China April 9, 2021. (Reuters Photo)
by REUTERS Apr 09, 2021 3:18 pm
RECOMMENDED

Footage of an Uyghur man speaking directly to the camera, in seemingly bad condition and dressed in an oversized uniform with a shaved head, was played at a press conference in Beijing on Friday, in which the man asked for leniency from the Chinese government and pledged his allegiance.

"I will try my best to change myself and receive the leniency of the party and the government," says the man, Erkin Tursun, a former TV producer who, the officials said, is serving a 20-year sentence in Xinjiang on charges of "inciting ethnic hatred, ethnic discrimination and covering up crimes".

Tursun, almost unrecognizable from photos shared online before his 2018 arrest, is addressing his son, who now lives abroad and has publicly advocated against Tursun's detention, which he says is arbitrary.

It was one of over half a dozen such segments showing Uyghur, a mostly Muslim ethnic minority in the western region, pleading with relatives abroad to come home and stop speaking out against China and the ruling Communist Party. Such press conferences have become a staple of Beijing's widening campaign to defend its Xinjiang policies amid mounting Western criticism, including U.S. sanctions and accusations of genocide, as Beijing prepares to host the 2022 Winter Olympics in February.

China for months has increasingly pushed back against global criticism of its Xinjiang policies, including explicit attacks on women who have made claims of abuse. Last month the United States, the European Union, Britain and Canada imposed sanctions on Chinese officials over human rights abuses in Xinjiang.

China retaliated with its own sanctions. Some big Western brands like H&M, facing boycotts in China over their previous statements on Xinjiang, are struggling to strike a balance between consumers in the world's second-largest economy and public opinion at home.

Beijing's propaganda campaign, which has included 11 media briefings in the capital since December, has repeatedly included efforts to discredit overseas Uyghurs who speak to media.

Officials in China's Foreign Ministry and the Xinjiang government say the efforts are necessary to counter "lies and slander" released by a network of "anti-China forces" abroad.

"The piece is basically pushing a narrative that it is us Uyghurs overseas who suddenly abandoned our families, which is laughable," said Australia-based Mamutjan Abdurehim on Twitter in March after a Chinese state broadcaster released footage of his family in Kashgar. On Friday, Chinese officials shared clips of Mamutjan's daughter, sitting beside her grandparents.

"Daddy, when will you come back? We all miss you," she said.

United Nations experts and researchers estimate over a million people, mostly Uyghurs, have been detained in a vast network of camps throughout Xinjiang since 2017. China initially denied the camps existed but has since said they are vocational centers and that all the people who had been there have "graduated".

During Friday's event, officials took aim at databases set up by overseas activists who have documented the names and details of people caught up in China's camp system.

The officials said they had confirmed the identities of 10,708 people listed in the overseas databases but said over 1,300 people on the list were "completely made up," while over 6,000 are living "normal lives."

The officials said 3,244 people listed on one database were serving judicial sentences inside Xinjiang "for crimes of endangering public security in Xinjiang, terrorism and other crimes." They said 238 had died of illnesses and other causes.

Overseas rights groups and some relatives of people detained in Xinjiang say they have not been given details of their relatives' whereabouts or sentences. Xinjiang courts do not make public the vast majority of rulings or case details.