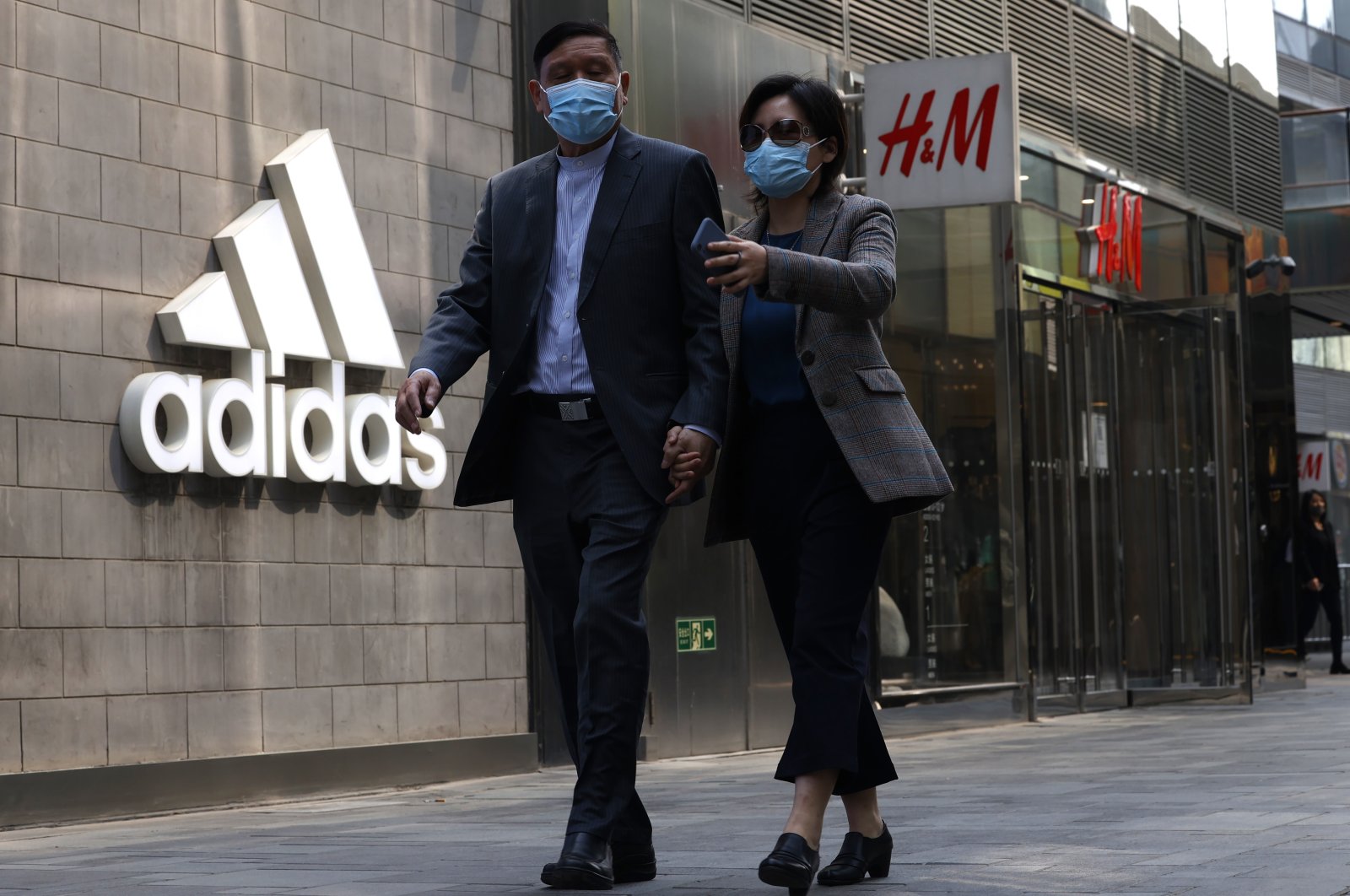 More foreign retail brands came under fire on social media in China on Thursday, after a year-old statement from the Swedish company H&M airing concerns on Xinjiang resurfaced. In the wake of Beijing's propaganda offensive against the company, social media users went looking for more foreign companies' previously issued statements on the situation regarding Muslim Uyghurs in northwestern China.

Earlier this week, China denied allegations of human rights abuses by its officials in the western region of Xinjiang, also known as East Turkistan, after the European Union, United States, Britain and Canada imposed sanctions on the officials. Beijing hit back with retaliatory sanctions on European lawmakers, academics and institutions.

Chinese state media singled out H&M on Wednesday for a statement that was reported by media last year in which the Swedish retailer said it was deeply concerned by reports of accusations of forced labor in Xinjiang, and that it did not source products from the Chinese region. It was not clear why the H&M statement was back in the public eye.

Nike Inc, which said earlier in an undated statement it was "concerned" about reports of forced labor, came under fire. And so did German sportswear firm Adidas.

Many internet users said they will stop buying Nike and will support local brands such as Li Ning and Anta, while others bluntly told Adidas to leave China.

Shares of Anta Sports Products Ltd jumped over 6% in Hong Kong on Thursday after issuing a statement saying it will continue to use cotton from Xinjiang. Li Ning Co's shares surged over 7%.

Chinese state tabloid Global Times reported that Inditex, owner of Zara, had "quietly removed" a statement on Xinjiang cotton from its English and Spanish-language websites on Thursday.

Inditex did not respond to a Reuters request for comment.

Internet users also targeted the Better Cotton Initiative (BCI), a global group that promotes sustainable cotton production which had said in October it was suspending its approval of cotton sourced from Xinjiang for the 2020-2021 season, citing concerns over human rights.

China produces over a fifth of the world's cotton, with East Turkistan accounting for about 87% of Chinese output.

"If you boycott Xinjiang cotton, we'll boycott you. Either Adidas quits BCI, or get out of China," one internet user wrote.

Nike, Adidas and the BCI did not immediately respond to requests for comment.

In response to the furor, H&M said on Wednesday it respected Chinese consumers and that it was committed to long-term investment and development in China.

But by Thursday morning, H&M did not exist on some Chinese store locator maps. Searches for H&M stores on Baidu Maps yielded no results. The Swedish clothing retailer's official store on Alibaba's Tmall, an e-commerce platform, was inaccessible.

A department store in Urumqi, the capital of Xinjiang, said on its website it had shut an H&M section and demanded an apology from the company for "spreading rumors" and harming the interests of the region and China.

Overnight, People's Daily, the main newspaper of the Communist Party, rolled out a social media campaign in support of cotton sourced from Xinjiang. The graphic "I support Xinjiang cotton" posted by the newspaper on the Twitter-like microblog Weibo has since attracted about 2.2 million likes.

East Turkistan is home to around 10 million Uyghurs. The Turkic Muslim group, which makes up around 45% of the autonomous region's population, has long accused China's authorities of cultural, religious and economic discrimination.