Biden meets with Afghanistan's Ghani as US withdrawal deadline looms 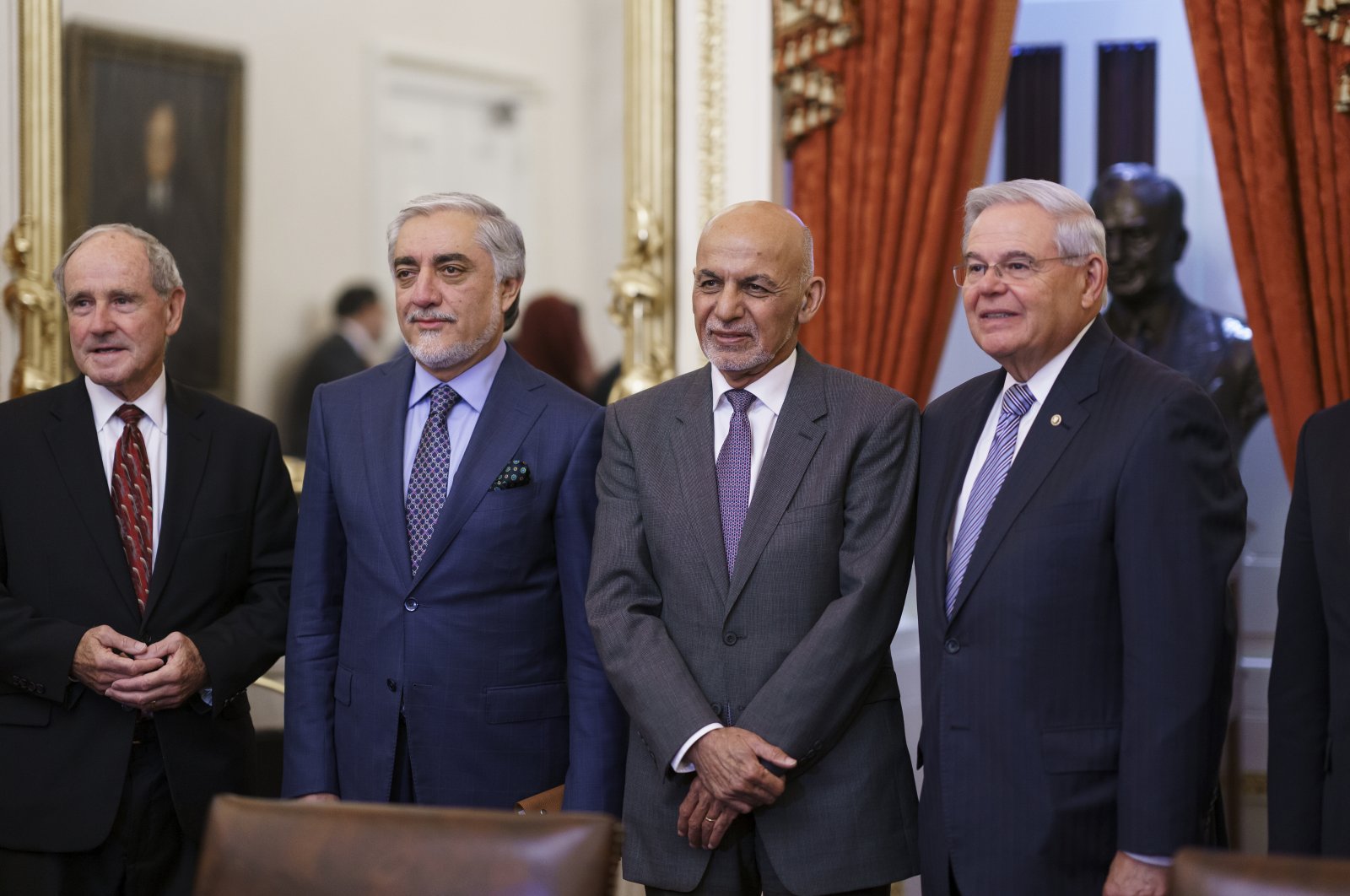 U.S. President Joe Biden and Afghan President Ashraf Ghani, alongside his former political foe Abdullah Abdullah, are due to meet Friday to discuss Washington's support for Afghanistan as the deadline for the American pullout from the war-torn country looms.

The Oval Office meeting may be as valuable to Ghani for its symbolism as for any new U.S. help because it will be seen as affirming Biden's support for the beleaguered Afghan leader as he confronts Taliban gains, bombings and assassinations, a surge in COVID-19 cases and political infighting in Kabul.

"At a time when morale is incredibly shaky and things are going downhill, anything one can do to help shore up morale and shore up the government is worth doing," said Ronald Neumann, a former U.S. ambassador to Kabul. "Inviting Ghani here is a pretty strong sign that we’re backing him."

Biden's embrace, however, comes only months after U.S. officials were pressuring Ghani to step aside for a transitional government. Biden's first meeting as president with Ghani and Abdullah, chairperson of the High Council for National Reconciliation, is expected to focus on "our ongoing commitment to the Afghan people" and security forces, said White House deputy press secretary Karine Jean-Pierre.

Biden has asked Congress to approve $3.3 billion in security assistance for Afghanistan next year and is sending 3 million doses of vaccines there to help it battle COVID-19. Biden was due to urge Ghani and Abdullah, foes in Afghanistan's two last presidential elections, "to be a united front" and he will reaffirm U.S. support for a negotiated peace deal, Jean-Pierre said.

U.S. officials, however, have been clear that Biden will not halt the U.S. pullout – likely to be completed by late July or early August – and he is unlikely to approve any U.S. military support to Kabul to halt the Taliban's advances beyond advice, intelligence, and aircraft maintenance.

Ghani and Abdullah spent Thursday discussing the situation in Afghanistan with lawmakers on Capitol Hill.

The visit comes with the peace process stalled and violence raging as Afghan security forces fight to stem a Taliban spring offensive that threatens several provincial capitals and has triggered mobilizations of ethnic militias to reinforce government troops.

The crisis has fueled grave concerns that the Taliban could regain power – two decades after the U.S.-led invasion ended their harsh rule – allowing a resurgence of al-Qaida. U.S. and U.N. officials say the extremists maintain close links with the Taliban.

U.S. officials respond that the United States will be able to detect and thwart any new threats by al-Qaida or other terrorists. The Taliban insist al-Qaida is no longer in Afghanistan.

U.S. government sources familiar with U.S. intelligence reporting describe the situation as dire. Ghani, they said, has been urged to do more to step up pressure on the insurgents while U.S.-led coalition forces are still there.

Biden, who pledged to end America's "forever wars," announced in April that all U.S. forces would be out of Afghanistan by the anniversary of Sept. 11, 2001, attacks by al-Qaida on the United States. He made the decision even though a 2020 U.S.-Taliban deal forged under former President Donald Trump set May 1 as the U.S. pullout deadline.