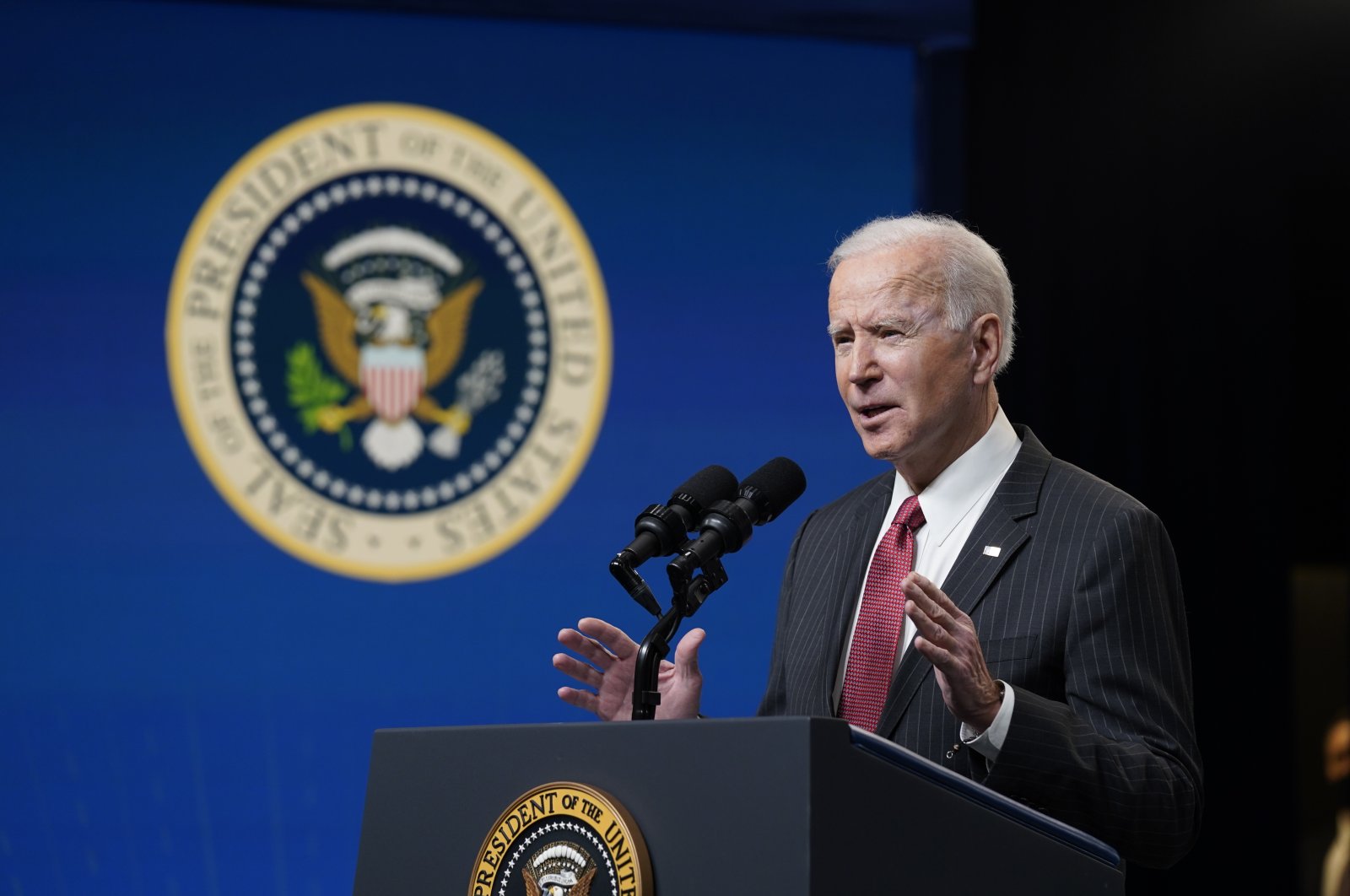 U.S. President Joe Biden speaks about his administration's response to the coup in Myanmar in the South Court Auditorium on the White House complex, Wednesday, Feb. 10, 2021, in Washington. (AP Photo)
by Agencies Feb 10, 2021 9:41 pm
RECOMMENDED

The United States will impose fresh sanctions on those responsible for the Feb. 1 military coup in Myanmar and any entity to whom they may be linked, U.S. President Joe Biden said on Wednesday.

Biden said Washington would identify the first round of targets this week and would impose strong export controls, underlining that Washington is prepared to impose additional measures.

The sanctions include the freezing of U.S.-based assets Biden reminded, urging the generals to relinquish power.

"I've approved a new executive order enabling us to immediately sanction the military leaders who directed the coup, their business interests as well as close family," Biden said.

Large crowds demonstrating against the military takeover in Myanmar again defied a ban on protests earlier the same day, even after security forces ratcheted up the use of force against them and raided the headquarters of the political party of ousted leader Aung San Suu Kyi.

Witnesses estimated that tens of thousands of protesters, if not more, turned out in Yangon and Mandalay, the country’s biggest cities. Rallies also took place in the capital Naypyitaw and elsewhere.

The protesters are demanding that power be restored to Suu Kyi’s deposed civilian government. They’re also seeking freedom for her and other governing party members since the military detained them after blocking the new session of Parliament on Feb. 1.

“As part of Generation Z we are first-time voters. This is our first time to protest as well,” said one student who declined to give her name for fear of harassment. “They negated our votes and this is totally unfair. We do not want that. We hope they release our leaders and implement a real democracy.”

The military says it acted because November’s election, which Suu Kyi’s National League for Democracy won in a landslide, was marred by irregularities. The election commission had refuted the allegation.

Some demonstrators in Yangon gathered at foreign embassies to seek international pressure against the coup.

A small group outside the Japanese Embassy held signs and chanted “We want democracy, we get dictators!” They sat in several children's wading pools, three or fewer per pool, in what appeared to be a tongue-in-cheek way of showing compliance with an emergency law that bans gatherings of more than five people.

Others marched through the city, chanting and waving flags of Suu Kyi’s party.

Another group hauled a fake coffin as part of a mock funeral for Senior Gen. Min Aung Hlaing, the military chief who is the country’s new leader.

Civil servants in many areas have been risking their jobs to march with the protesters, and some police have even switched sides to oppose the coup. In a dramatic video shot Wednesday in a small village in Kayah State in eastern Myanmar, a group of 42 police officers declared their allegiance to the ousted elected government and resisted the entreaties of a senior officer to return to duty. Local residents flocked to their side to ward off any effort to arrest them.

The burgeoning protests and the junta’s latest raid suggest there is little room for reconciliation. The military, which ruled directly for five decades after a 1962 coup, used deadly force to quash a massive 1988 uprising and a 2007 revolt led by Buddhist monks.