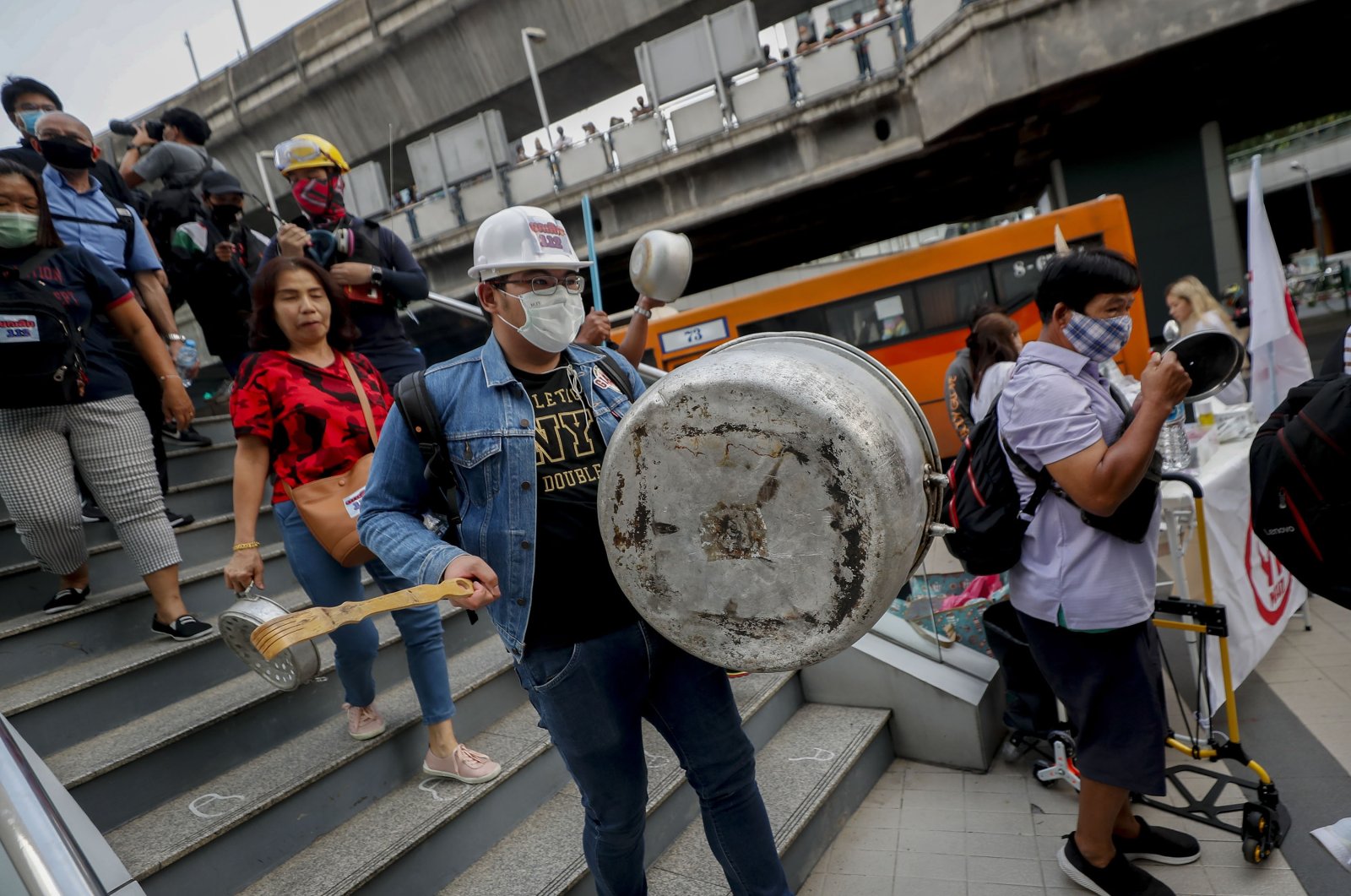 Pro-democracy protesters in Thailand are back on the streets of Bangkok Wednesday after nearly two months, clanging pots and pans – a tactic borrowed from mass rallies against a coup in neighboring Myanmar.

The protest came a day after a court denied bail to four prominent democracy leaders who were charged under the kingdom's draconian royal defamation laws.

Since the pro-democracy movement kicked off in July, more than 50 protesters have been charged under the laws and face up to 15 years in jail.

At the movement's peak last year, tens of thousands of people rallied across Bangkok to call for the resignation of Premier Prayut Chan-O-Cha.

On Wednesday, a few thousand protesters gathered in a downtown shopping district, chanting "Prayut, get out" while banging pots and pans.

"Our aim this year is to bring millions of people onto the streets and when more come out, our demands will become true."

After night fell, they marched to a nearby police station, angered that some protesters had been detained.

But by about 9 p.m., protest organizers announced that the demonstration was over.

Also joining the protest were scores of Myanmar migrant workers – a front of solidarity for pro-democracy values after their home country was plunged back under military rule last week when their leader Aung San Suu Kyi was ousted.

Hundreds of thousands of people have since taken to the streets of Myanmar to demand a return to democracy.

Prayut – who came to power in 2014 after staging a putsch – told reporters Wednesday he had received a letter from Myanmar coup leader Gen. Min Aung Hlaing asking for help "to support democracy".

"We support the democratic process in Myanmar but what's important is that we keep good relations with each other," Prayut said.

The Myanmar military had justified the Feb. 1 coup by alleging electoral fraud in November's elections, which Suu Kyi's party won in a landslide.

Many people in Myanmar have also engaged in the nightly banging of pots and pans, a practice traditionally associated with exorcising evil spirits, in a bid to chase out the generals.

Aside from emulating the banging of the pots, some Thai demonstrators on Wednesday carried posters of Suu Kyi.

They have made waving a three-finger salute one of their trademarks, which is a gesture that became a symbol of resistance for Thailand's pro-democracy movement.