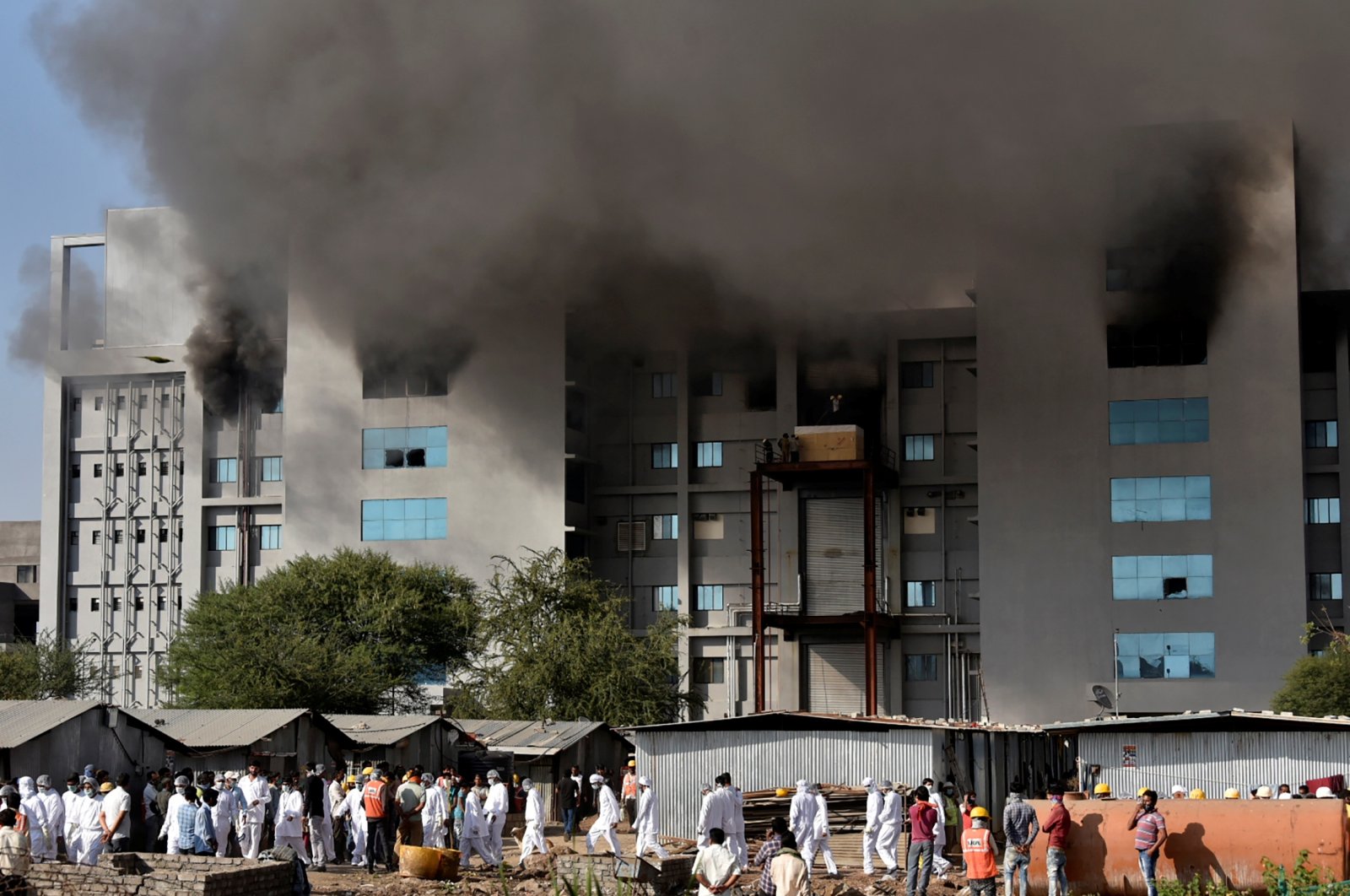 Smoke billows after a fire broke out inside the complex of the Serum Institute of India, in Pune, India, January 21, 2021. (Reuters Photo)
by ASSOCIATED PRESS Jan 21, 2021 2:12 pm
RECOMMENDED

At least five people were killed in a fire that broke out Thursday at a building under construction at Serum Institute of India (SII), the world’s largest vaccine manufacturer which produces the British-developed AstraZeneca-Oxford coronavirus shot.

Firefighters were extinguishing the flames, the fire office in Pune city in southern Maharashtra state said. The cause of the fire and extent of damage were not immediately clear.

The company said the fire was restricted to a new facility it is constructing to increase production of COVID-19 vaccines and ensure it is better prepared for future pandemics. It said the fire did not affect existing facilities making COVID-19 vaccines or a stockpile of around 50 million doses. Images showed huge plumes of smoke billowing from the building as firefighters worked to extinguish the blaze.

SII is the world’s largest maker of vaccines and has been contracted to manufacture a billion doses of the AstraZeneca-Oxford University vaccine.

Its CEO, Adar Poonawalla said there would be no loss in vaccine manufacturing because the company has other available facilities.

"So far the most important thing is that there have been no lives lost or major injuries due to the fire, despite a few floors being destroyed,” Poonawalla said.

Images showed huge plumes of smoke billowing from the building as firefighters worked to extinguish the blaze. Dozens of company workers in lab suits left the compound. Poonawalla said in an interview with The Associated Press (AP) last month that it hopes to increase production capacity from 1.5 billion doses to 2.5 billion doses per year by the end of 2021. The new facility is part of the expansion.

Of the more than 12 billion coronavirus vaccine doses expected to be produced this year, rich countries have already bought about 9 billion, and many have options to buy even more. As a result, Serum Institute is likely to make most of the vaccines that will be used by developing nations.