Boxer Pacquiao hangs up gloves to run for Philippine president 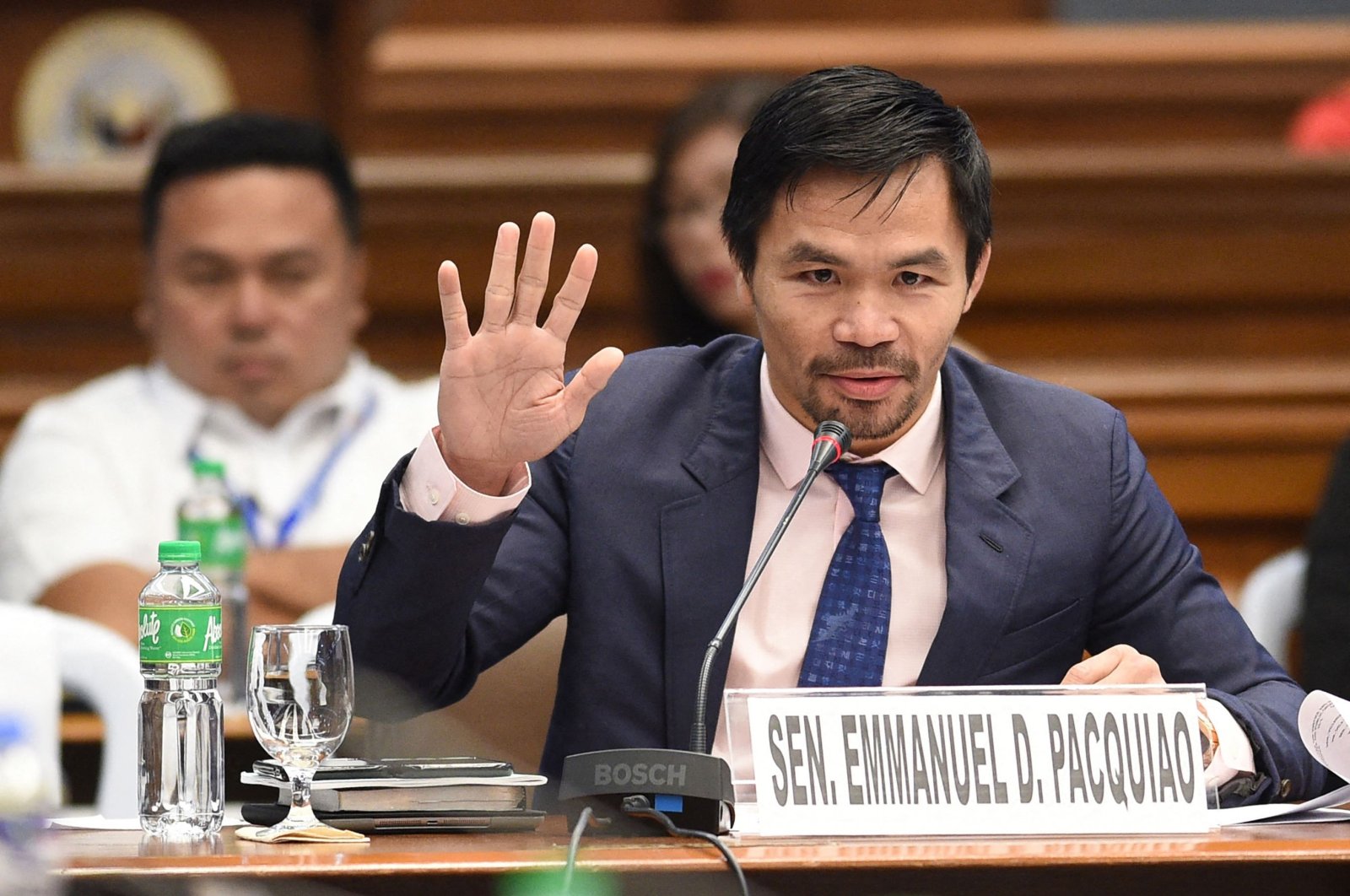 Boxing star Manny Pacquiao is leaving the ring to enter the political arena. He announced Sunday that he will run for president in the upcoming elections in the Philippines, decrying the corruption in the government and the "cozy" relationship between President Rodrigo Duterte and China.

Pacquiao accepted the nomination of his political allies during the national assembly of the faction he leads in the ruling PDP-Laban Party, days after a rival faction nominated Duterte's long-time aide, Senator Christopher "Bong" Go, as its presidential candidate.

That faction nominated Duterte for vice president, a move that critics called a cynical ploy by Duterte to retain power.

Go declined the nomination, but the rift between the Pacquiao and Duterte factions has escalated.

"I am a fighter, and I will always be a fighter inside and outside the ring," Pacquiao, 42, a senator, said in a live-streamed speech during the assembly. "I am accepting your nomination as candidate for president of the Republic of the Philippines."

Pacquiao's faction has not expressed support for Duterte's vice-presidential bid. Duterte is prohibited by the constitution from running for a second six-year term as president.

One of the greatest boxers of all time and the only man to hold world titles in eight different divisions, Pacquiao was mum about his 26-year professional career.

Despite his popularity, Pacquiao trails the front-runners in opinion polls that have been topped consistently by Duterte's daughter, Sara Duterte-Carpio.

In July, Pacquiao was voted out as PDP-Laban leader, weeks after challenging Duterte over his position on China and record on fighting corruption, but his ouster was rejected by his faction.

Pacquiao, once a close ally of Duterte, had said more than 10 billion pesos ($200 million) in pandemic aid intended for poor families was unaccounted for, adding this was just one discovery in his planned corruption investigation.

His anti-corruption crusade comes as the Senate has opened an investigation into alleged overpricing of medical supplies and equipment purchased under the government’s pandemic response program.

Duterte challenged Pacquiao to name corrupt government offices to prove that the boxer was not just politicking ahead of the election.

Pacquiao countered by warning of jail for corrupt government officials: "Your time is up!"