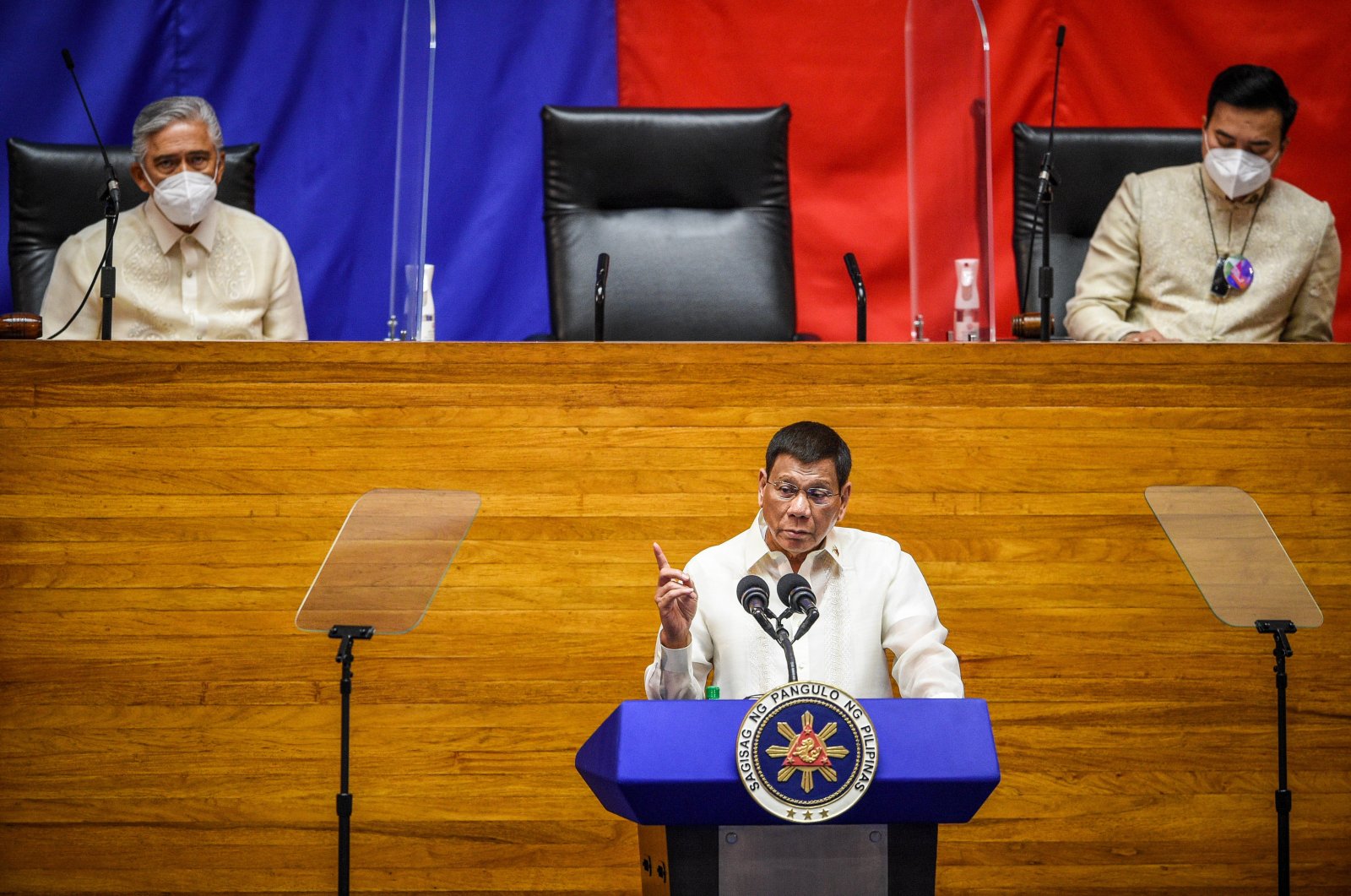 Philippine's President Rodrigo Duterte will run for vice president in next year's election to continue his "crusade" against drugs and insurgents – a move that critics describe as a "smokescreen" driven by fear of criminal charges.

Duterte, who was elected in 2016 and is barred under the constitution from seeking another term, has previously flagged the possibility of contesting the country's second-highest office.

"I will run for vice president," Duterte said late Tuesday in a pre-recorded speech, confirming an earlier announcement by his PDP-Laban party that he had agreed to contest the position.

"Then I will continue the crusade. I'm worried about the drugs, insurgency – well, number one is insurgency, then criminality, drugs.

"I may not have the power to give the direction or guidance, but I can always express my views in public."

Since taking power, Duterte has waged a bloody campaign against drug users and dealers that rights groups estimate has killed tens of thousands of people.

International Criminal Court (ICC) prosecutors are seeking to launch a full-blown investigation into the killings.

Communist rebels and their alleged supporters also have been targeted as Duterte sought to bring an end to the decades-old insurgency.

PDP-Laban is expected to endorse Duterte's longtime top aide, Senator Christopher Lawrence "Bong" Go, to be its presidential candidate in the May election.

But a party faction loyal to boxer-turned-senator Manny Pacquiao said a Go-Duterte ticket was a "smokescreen" to protect Duterte's daughter, Sara – who is widely expected to run for the presidency – from political attacks.

The Supreme Court previously ruled that a sitting president enjoyed legal immunity. But there is debate over whether such protection could extend to the vice president.

If either Sara Duterte or Go were to win, they could shield Duterte from criminal charges.

Recent polls show Sara, who belongs to a different party than her father, with the most voter support among potential candidates that include Pacquiao.

The vice president and president are elected separately in the Philippines, with the former assuming the top job if the latter dies, becomes incapacitated or resigns.

In comments edited out of the recording of Tuesday's speech, Duterte said he and Go would withdraw from the race if Sara runs for the top job, presidential spokesman Harry Roque told Agence France-Presse (AFP) Wednesday.

Sara said on Facebook her father recently informed her of his plans for a Go-Duterte ticket – and urged her to endorse the plan or accept Go as her vice president.

"It was not a pleasant event," Sara said in the statement.

"I respectfully advise them to stop talking about me and make me the reason for them running or not running."

1Sambayan, a broad coalition of opposition figures, said Duterte's declaration made a "mockery" of the constitution.

"Obviously, this is driven by fear of accountability both from the ICC and from our own justice system," the group said on Facebook.

A sitting president has never before made a bid for the vice presidency in the Philippines.

The deadline for registering as a candidate for next year's elections is Oct. 8.

Eurasia Group analyst Peter Mumford said there would "likely be further twists and turns before the final 2022 candidates are confirmed".

"I think Duterte and his associates are still working out which is the best combination ... for the election and Duterte as vice president is the ultimate backstop for now," he said.