China blames US for 'stalemate' in bilateral relations as talks start 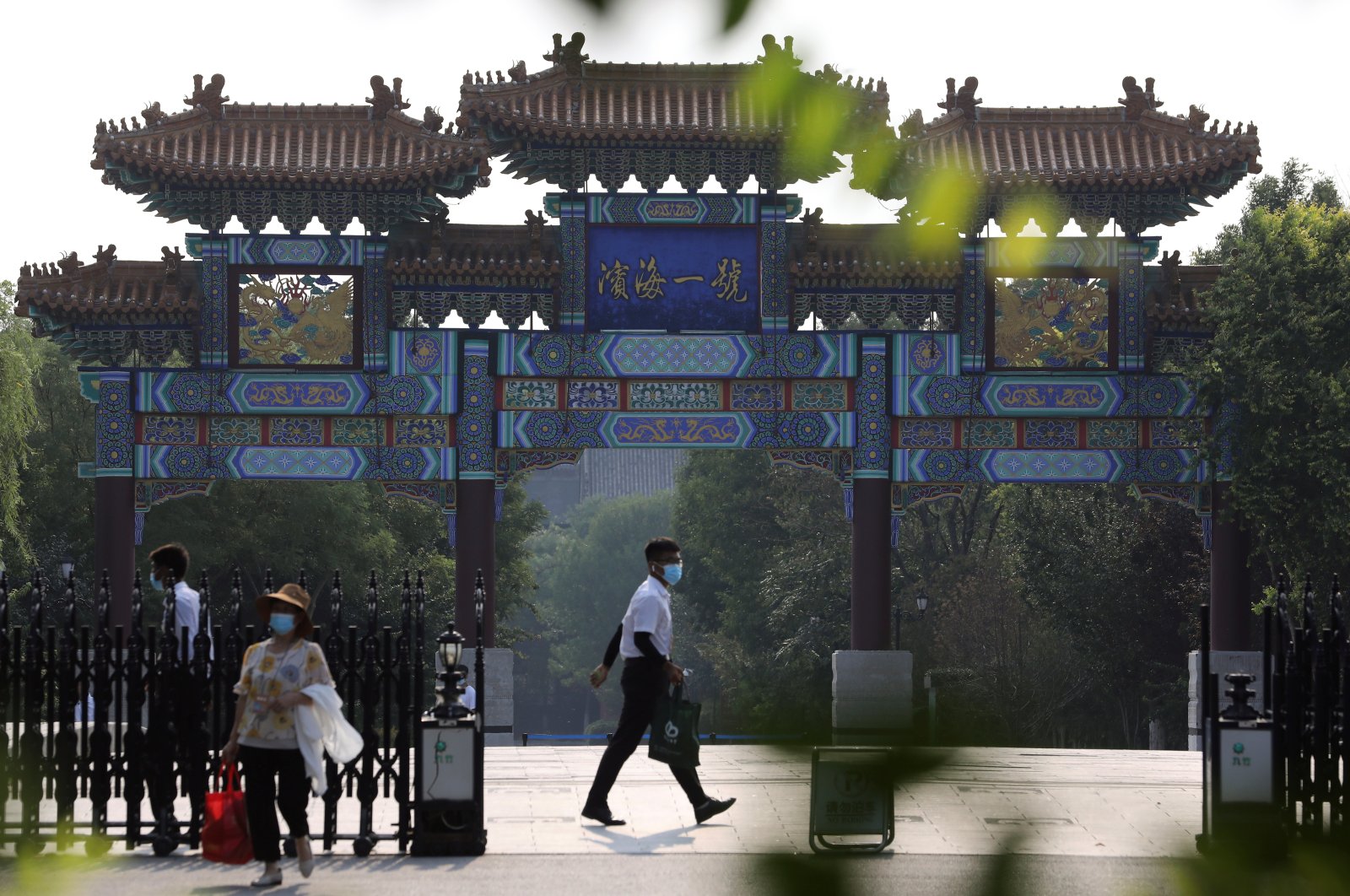 Security personnel are seen at an entrance to a hotel where U.S. Deputy Secretary of State Wendy Sherman is expected to meet Chinese officials, in Tianjin, China, July 25, 2021. (Reuters Photo)
by Daily Sabah with AP Jul 26, 2021 8:48 am
RECOMMENDED

China has blamed the United States for what it called a “stalemate” in bilateral relations, calling on America to change "its highly misguided mindset and dangerous policy” as high-level face-to-face talks started in the Chinese city of Tianjin.

Vice Foreign Minister Xie Feng accused the administration of President Joe Biden of trying to contain and suppress China's development, according to an official summary of his remarks to visiting U.S. Deputy Secretary of State Wendy Sherman.

The fundamental reason why relations between the two face serious difficulties is because some Americans portray China as an "imagined enemy,” the Foreign Ministry quoted Xie as saying.

“US-China relations are in a standstill and face serious difficulties,” the state-run Xinhua news agency quoted Xie. “The United States wants to reignite the sense of national purpose by establishing China as an ‘imaginary enemy.’”

Sherman, America's No. 2 diplomat, is the highest-ranking U.S. official to visit China since Biden took office six months ago. She was having separate meetings with Xie, who is in charge of U.S.-China relations, and Foreign Minister Wang Yi at a closed-off resort hotel in the city of Tianjin.

Relations between the countries deteriorated sharply under Biden's predecessor, Donald Trump, and the two sides remain at odds over a host of issues including technology, cybersecurity, human rights and other issues.

Xie said China wants to seek common ground while shelving differences. The Biden administration has said it will cooperate in some areas but confront China in others, such as human rights, describing the relationship as collaborative, competitive and adversarial. In an interview Saturday, Wang accused the U.S. of adopting a superior attitude and using its strength to pressure other countries.

"China would never accept any country that claims to be superior to others,” he told China's Phoenix Television. "If the U.S. has not learned to treat other countries equally, China and the international community have the responsibility to help the U.S. learn how to do this.”

Meanwhile, Sherman called on China to look beyond differences and work with the United States on difficult global issues such as climate and the COVID-19 pandemic as a responsible global power.

"There are some things that rise above specific differences that are the global responsibility of great powers,” Sherman said in a phone interview shortly after she wrapped up successive meetings with Xie and Wang.

Biden administration officials have said the goal of the talks is not to negotiate specific issues but to keep high-level communications channels open. The U.S. wants to ensure that guardrails are in place to prevent competition between the countries from becoming into conflict, they said.

A possible meeting between Biden and Chinese President Xi Jinping is expected to be on the agenda, possibly on the sidelines of the G-20 summit in Rome at the end of October.

Sherman, who arrived Sunday evening from Mongolia, tweeted "heartfelt condolences (from the United States) to those who have lost loved ones” in severe storms and flooding last week that killed at least 63 people in Henan province.