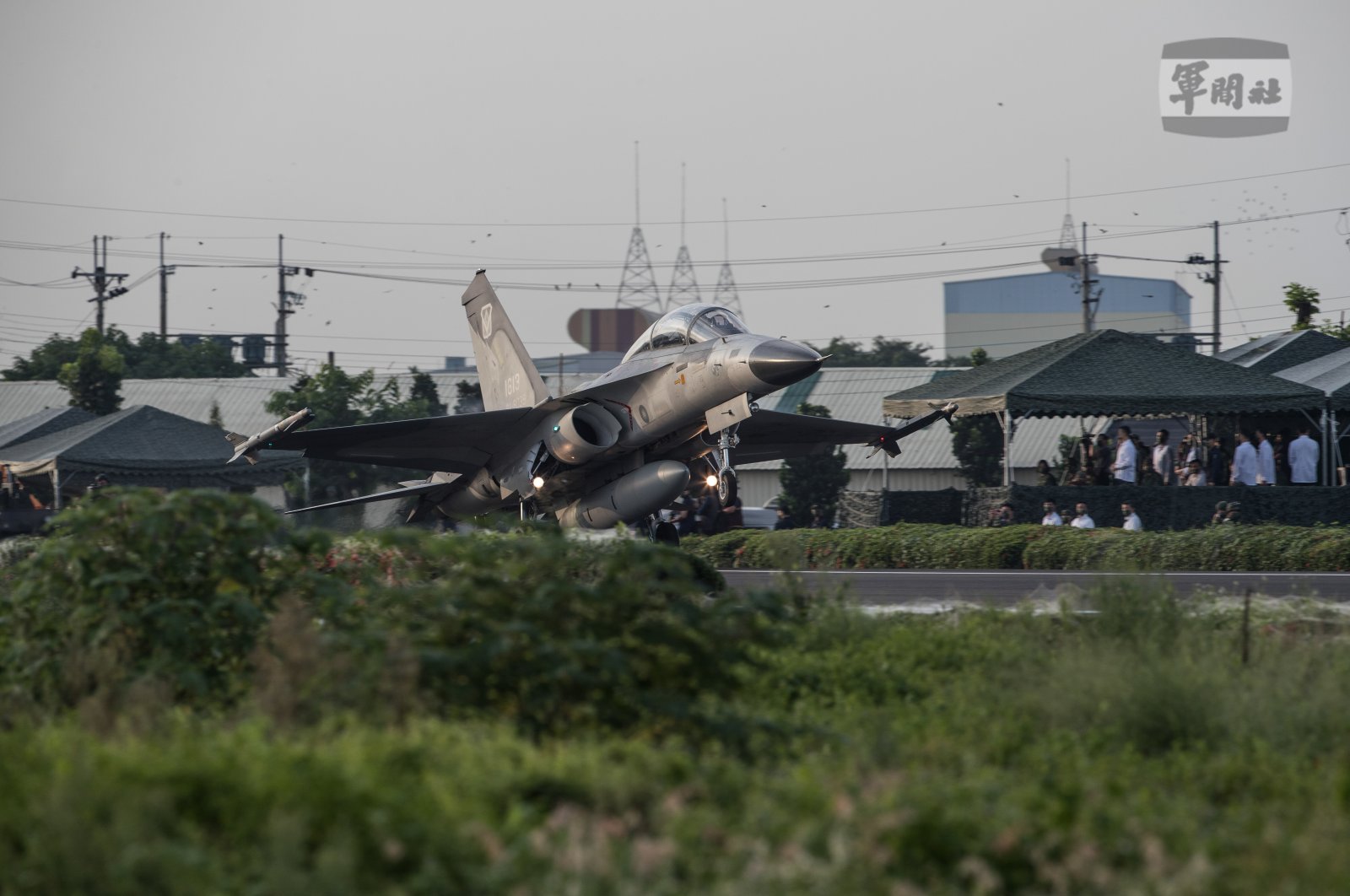 A handout photo made available by the Taiwan Ministry of National Defense shows a Taiwanese Air Force IDF fighter jet take-off on a highway converted as a runway during the Emergency Take-off and Landing drill in Pingtung, Taiwan, Sept. 15, 2021. (EPA Photo)
by REUTERS Sep 18, 2021 9:05 am
RECOMMENDED

Taiwan's defense ministry said that 10 Chinese aircraft entered the country's air defense zone Friday, one day after Taiwan announced a boost to military spending by $9 billion to counter the threat from China.

Chinese-claimed Taiwan has complained about a year or more of repeated missions by China's air force near the democratically governed island, often in the southwestern part of its air defense zone close to the Taiwan-controlled Pratas Islands.

The latest Chinese mission involved 6 J-16 and 2 J-11 fighters plus one anti-submarine and one reconnaissance aircraft, the Taiwan ministry said.

Taiwan sent combat aircraft to warn away the Chinese aircraft, while missile systems were deployed to monitor them, the ministry said.

The Chinese fighters flew in an area close to the Pratas, while the anti-submarine and reconnaissance aircraft flew into the Bashi Channel that separates Taiwan from the Philippines, according to a map that the ministry issued.

Warships, early warning aircraft and bombers were deployed on Friday in patrols and drills aimed at improving the joint combat capabilities of China's military in the area, a spokesman for China's Eastern Theater Command said in a statement on Saturday.

The incident came a day after Taiwan proposed boosting military spending by $8.7 billion over the next five years, including on new missiles, warning of an urgent need to upgrade weapons in the face of a "severe threat" from China.

The Chinese patrols and drills also coincided with a transit by a U.S. destroyer in the Taiwan Strait on Friday, which the U.S. Navy called a "routine" passage through international waters.

The Eastern Theater Command, which overseas Chinese military in eastern China, said on Saturday in a separate statement that the USS Barry was monitored on its entire course.

Speaking on Friday, Taiwan Premier Su Tseng-chang said the government had to take the threat from China seriously.

"The Chinese Communists plot against us constantly," he said.

China's government, for its part, criticized Taiwan Foreign Minister Joseph Wu on Friday for comments this week in which he said Taiwan was a "sea fortress" blocking China's expansion into the Pacific.

Wu's "aim is to deceive public opinion, to rope in and collude with anti-China foreign forces", China's Taiwan Affairs Office said in a statement.