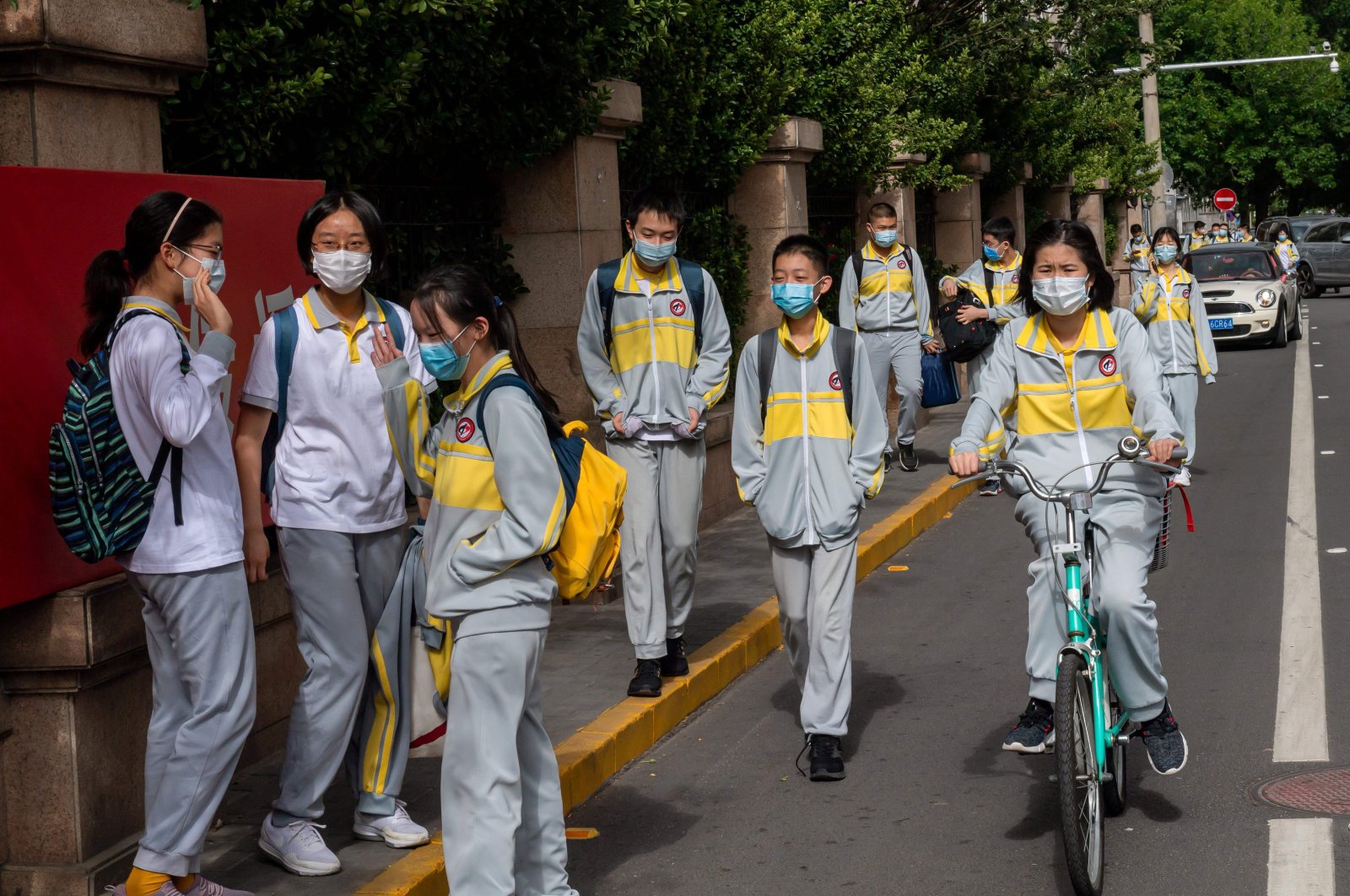 Students wearing face masks amid concerns of the COVID-19 coronavirus leave a middle school in Beijing on May 11, 2020. (AFP Photo)
by Associated Press May 17, 2020 9:12 am
RECOMMENDED

China on Sunday reported five new cases of the coronavirus, as the commercial hub of Shanghai announced the restart of some classes and airlines revive flights.

Of the new cases, two were imported and three came from the northeastern province of Jilin that has seen a small spike in infections of unknown origin.

In Shanghai, students retain the option of continuing to follow classes online rather than facing virus testing and social distancing measures at schools. As in Beijing and other cities, Shanghai has already restarted classes for middle and high school students preparing for exams.

No new deaths have been reported for the past month, but Jilin added one fatality retroactively, bringing China’s total to 4,634 out of 82,947 cases recorded since the outbreak was first detected in the central city of Wuhan late last year.

Just 86 people remain hospitalized for treatment of COVID-19 while another 519 are in supervised isolation for showing signs of the virus or having tested positive without displaying symptoms.

The commission is placing a new emphasis on bio-safety, management of laboratories and training of personnel, Guo said.

Meanwhile, the number of domestic flights has returned to 60% of pre-outbreak levels, exceeding 10,000 per day for the first time since Feb. 1, the country’s civil aviation regulator reported.