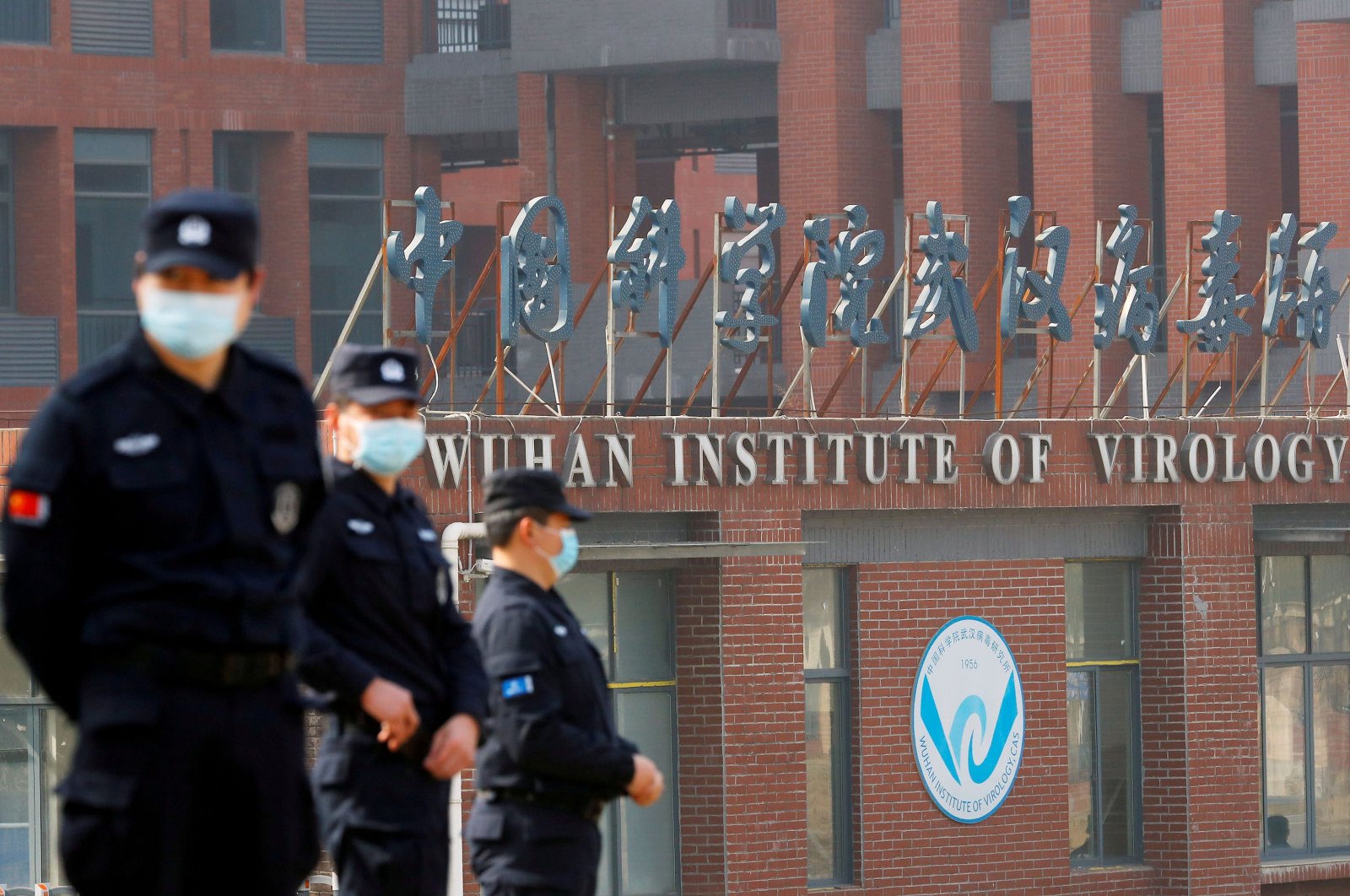 Security personnel keep watch outside the Wuhan Institute of Virology during the visit by the World Health Organization (WHO) team tasked with investigating the origins of COVID-19, in Wuhan, Hubei province, China Feb. 3, 2021. (Reuters Photo)
by German Press Agency - DPA Aug 29, 2021 12:08 pm
RECOMMENDED

China criticized a report by U.S. intelligence on COVID-19 that says it was "plausible" the virus originated in a Chinese laboratory.

The paper presented on Friday was a "mendacious report prepared for political purposes," according to a statement distributed by the Foreign Ministry in Beijing on Sunday.

It spoke of a "slanderous attack" on China. "Without providing any evidence, the U.S. has invented story after story to defame and accuse China," China's Vice Foreign Minister Ma Zhaoxu was quoted as saying.

The U.S. intelligence report did not provide any clear findings.

The report states that COVID-19 initially likely emerged in infected humans by November 2019, and that the first major clusters occurred in Wuhan, China, a month later.

The report contained a "low confidence" assessment from several agencies that the virus most likely spread naturally from animals. One agency assessed with "moderate confidence" that it was more likely the result of a laboratory incident.

"All agencies assess that two hypotheses are plausible: natural exposure to an infected animal and a laboratory-associated incident," the report summary said.

If no further information was made available, a more precise conclusion was not possible, it continued.

Above all, China's support was needed for this. "Beijing, however, continues to hinder the global investigation, resist sharing information and blame other countries, including the United States," the paper said.

U.S. President Joe Biden had tasked U.S. intelligence agencies in May with getting to the bottom of the origin of the coronavirus pandemic. He instructed them to submit another report within 90 days.

For a long time, unsubstantiated speculations have been circulating that the coronavirus could have come from a laboratory in the Chinese city of Wuhan and possibly been released in an accident.

The Chinese vehemently reject the accusations.