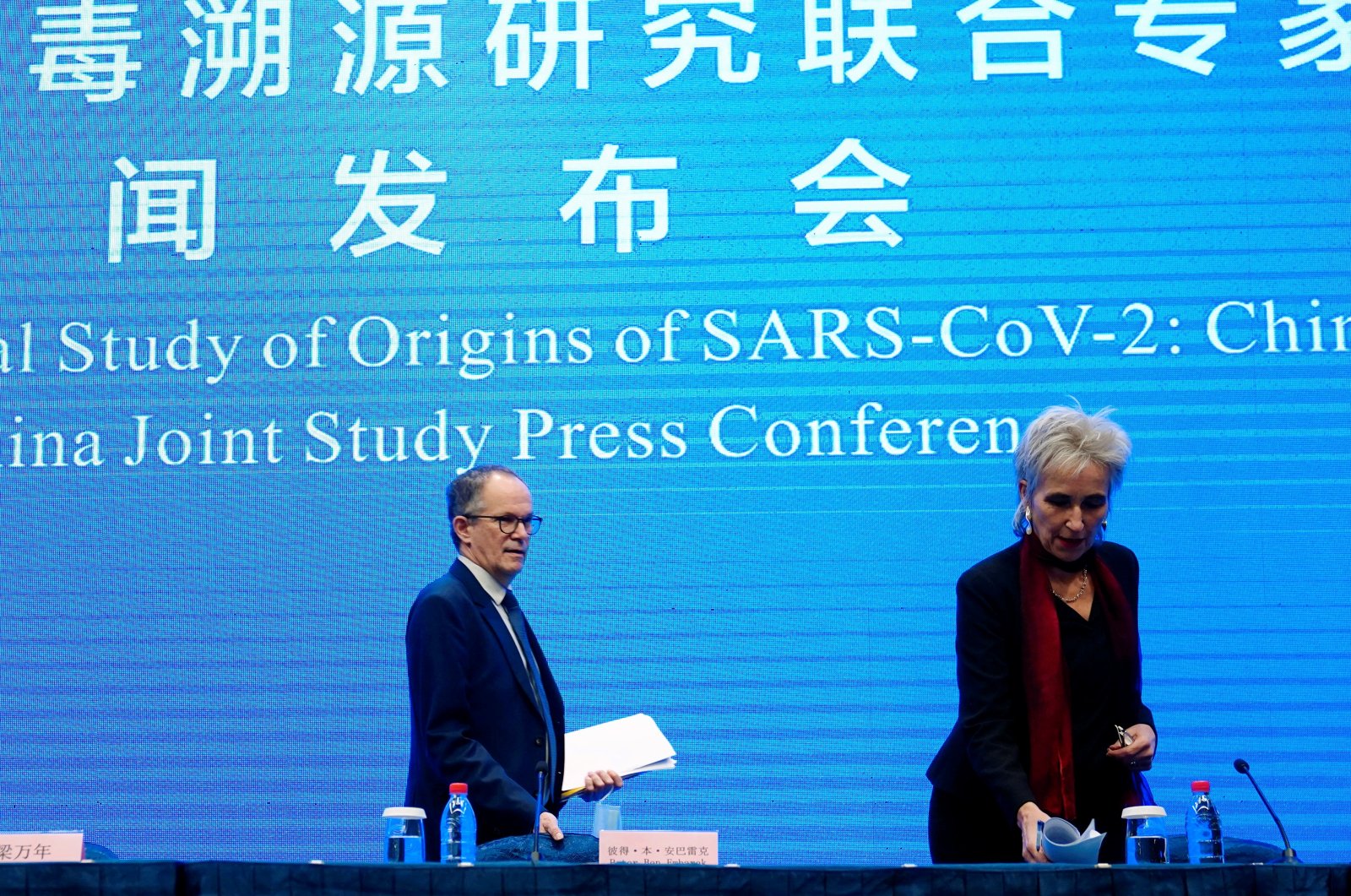 The experts sent by the World Health Organization (WHO) to China to find out the origins of coronavirus said Wednesday that the search is at a "crucial juncture" but has come to standstill due to factors including Chinese authorities' reluctance to share data.

Meanwhile, a U.S. intelligence review ordered up by President Joe Biden proved inconclusive about the virus' origin, including whether it jumped from an animal to a human or escaped from a Chinese lab, The Washington Post reported Wednesday.

In a commentary published in the journal Nature, the WHO-recruited experts said the origins investigation requires urgent collaboration but has instead come to a standstill and warned that the window of opportunity for solving the mystery is "closing fast." They noted among other things that Chinese officials are still reluctant to share some raw data, citing concerns over patient confidentiality.

Earlier this year, WHO sent a team of experts to Wuhan, where the first human COVID-19 cases were detected in December 2019, to probe what might have triggered the pandemic now blamed for nearly 4.5 million deaths worldwide, with more than 10,000 people a day succumbing despite more than 5 billion doses of vaccine administered.

In their analysis, published in March, the WHO team concluded the virus probably jumped to humans from animals, and they described the possibility of a laboratory leak as "extremely unlikely.”

But the WHO experts said their report was intended only as a first step and added, "The window of opportunity for conducting this crucial inquiry is closing fast: any delay will render some of the studies biologically impossible.”

For example, they said, "Antibodies wane, so collecting further samples and testing people who might have been exposed before December 2019 will yield diminishing returns."

China said Wednesday that officials should "concentrate on other possible avenues that may help trace the origin” of COVID-19 and suggested studies should be pursued in other countries.

Fu Cong, a director-general in China’s Foreign Ministry, agreed it was a "pity” the search for COVID-19’s origins had stalled but said it wasn’t China’s fault. "China has always supported and will continue to participate in the science-based origin tracing efforts,” he said.

He accused the U.S. of "hyping the lab leak theory” and trying to shift the blame onto China, and implied the coronavirus might be linked to high-level American research labs, suggesting the United States invite WHO to investigate some of its installations.

Marion Koopmans and her WHO-recruited colleagues listed a number of priorities for further research, including conducting wider antibody surveys that might identify places where COVID-19 was spreading undetected, both in China and beyond, testing wild bats and farm-raised animals as potential reservoirs of the virus, and investigating any credible new leads.

Some other scientists fear the best opportunities to collect samples might have been missed during the first few weeks after some of the earliest human cases appeared linked to a Wuhan seafood market.

Chinese researchers collected hundreds of environmental samples immediately after the coronavirus was found, but it is unclear how many people or animals were tested.

"Once you have wildlife traders shifting over to other kinds of employment because they’re worried about whether they’ll be able to do this anymore, that window starts to close,” said Maciej Boni, a Pennsylvania State University biology professor who has studied virus origins and was not part of the WHO team.

Still, Boni said scientists might be able to pinpoint COVID-19’s animal source by hunting for closely related viruses in species like raccoon dogs, mink or ground squirrels. But he said it could take about five years to do the kind of extensive studies necessary.

The search for COVID-19’s origins has become a bitter source of dispute between the U.S. and China, with increasing numbers of American experts calling for the two Wuhan laboratories close to the seafood market to be investigated, something China has flatly rejected and branded "scapegoating.”

Biden in May ordered a 90-day review by U.S. intelligence agencies of both the animal-to-human hypothesis and the lab-leak theory. In July, even WHO’s Director-General Tedros Adhanom Gheybreyesus said it was premature to have rejected the lab theory, adding that research accidents are common.