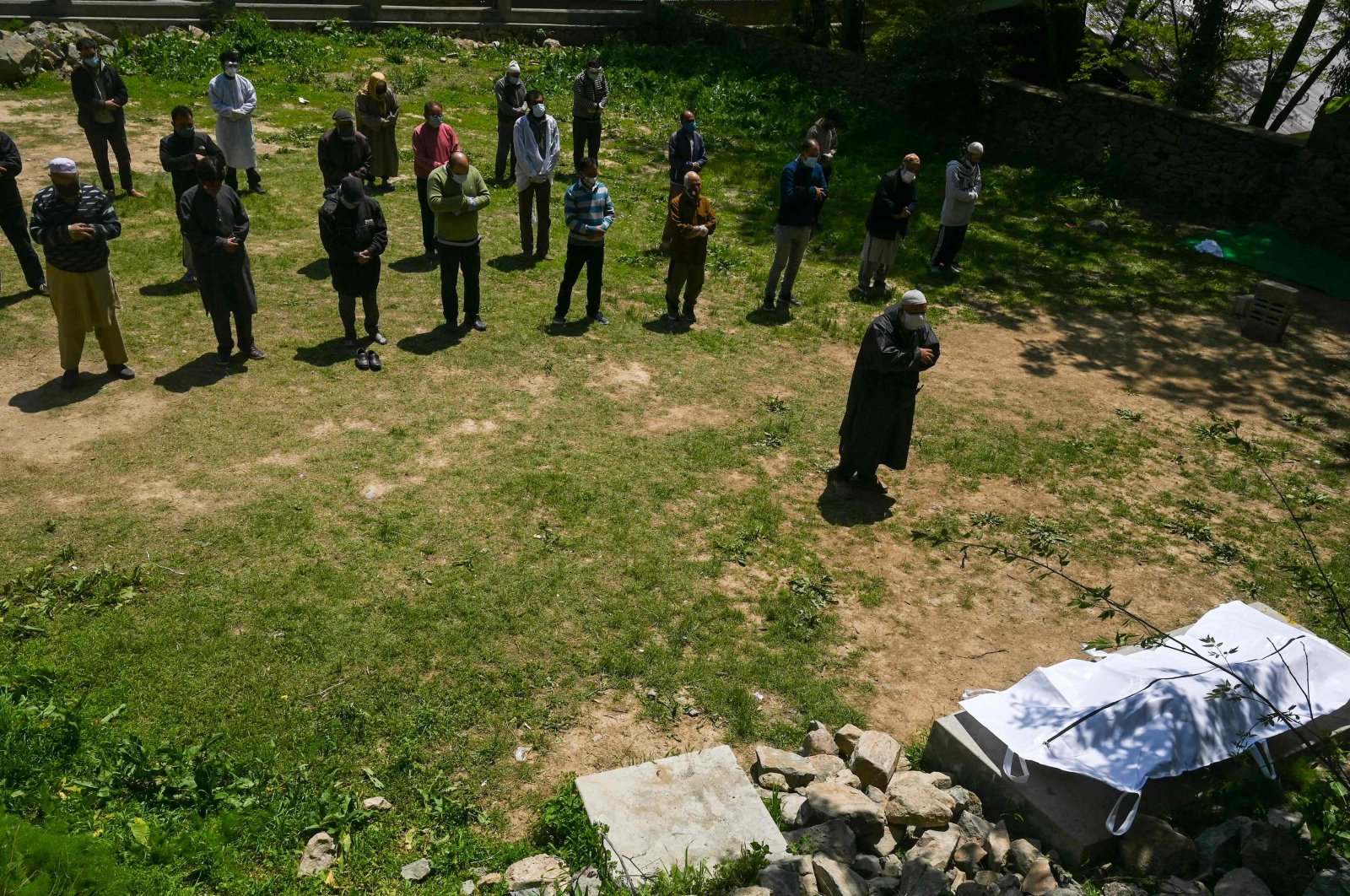 International actors including Britain, Germany and the United States have pledged to send urgent medical aid to India to help in its battle against the ongoing coronavirus crisis, as the country's number of new COVID-19 cases hit a record peak for the fifth straight day on Monday.

Infections in the last 24 hours rose to 352,991, with overcrowded hospitals in Delhi and elsewhere turning away patients after running out of supplies of medical oxygen and beds.

"Currently the hospital is in beg-and-borrow mode and it is an extreme crisis situation," said a spokesperson for the Sir Ganga Ram Hospital in the capital, New Delhi.

A blaze in a hospital in the western city of Surat killed four COVID-19 victims on Sunday, municipal health official Ashish Naik told Reuters partner ANI in the latest of a series of similar recent tragedies.

Earlier, Prime Minister Narendra Modi had urged all citizens to get vaccinated and exercise caution, while hospitals and doctors put out urgent notices saying they were unable to cope with the rush of patients.

In some of the worst-hit cities, including New Delhi, bodies were being burnt in makeshift facilities offering mass services.

Television channel NDTV broadcast images of three health workers in the eastern state of Bihar pulling a body along the ground on its way to cremation, as stretchers ran short.

"If you've never been to a cremation, the smell of death never leaves you," Vipin Narang, a political science professor at Massachusetts Institute of Technology (MIT) in the United States, said on Twitter.

"My heart breaks for all my friends and family in Delhi and India going through this hell."

India, with a population of 1.3 billion, has an official tally of 17.31 million infections and 195,123 deaths, after 2,812 deaths overnight, health ministry data showed, although health experts say infections and deaths are probably far higher.

The scale of the second wave knocked oil prices on Monday, as traders worried about a fall in fuel demand in the world's third-biggest oil importer.