Disclosed numbers of US troops in Afghanistan is a lie: NYT 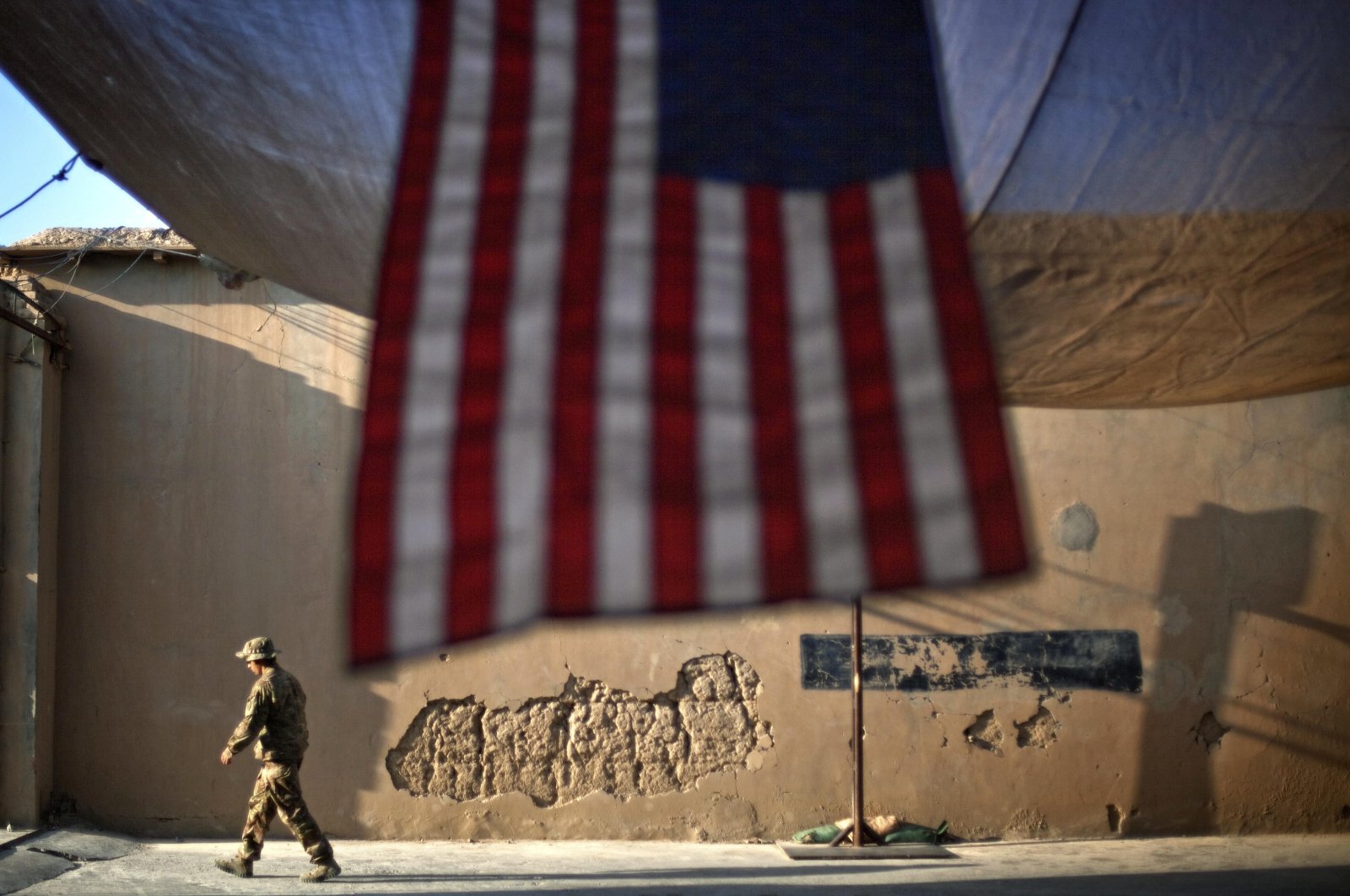 A U.S. Army soldier walks past an American flag hanging in preparation for a ceremony commemorating the tenth anniversary of the 9/11 attacks, in Kunar province, Afghanistan, Sept. 11, 2011. (AP Photo)
by Anadolu Agency Mar 15, 2021 5:31 pm
RECOMMENDED

Washington has to withdraw all of its troops from Afghanistan by May 1, in line with a deal between the Taliban and former U.S. President Donald Trump's administration that was signed in February last year.

Although the additional 1,000 is a small number compared to the around 100,000 U.S. troops deployed in Afghanistan at the peak of the war, it complicates the deal for the White House, as some in Washington are against the withdrawal.

Some U.S. lawmakers in Congress repeatedly called for an increase in the number of troops if the U.S. decided to stay in Afghanistan beyond the withdrawal date.

While the Taliban want all U.S. troops out of the country, the Afghan government's security forces rely on American air support.

In a bid to accelerate the stalled peace process, a meeting between representatives of the Afghan government and the Taliban could be arranged in Turkey, according to a letter last week, leaked by the Afghan media outlet TOLO.

The letter was sent by U.S. Secretary of State Antony Blinken to Afghan President Ashraf Ghani.

"We will ask the government of Turkey to host a senior-level meeting of both sides in the coming weeks to finalize a peace agreement. I (Blinken) urge you (Ghani) or your authoritative designates to join other representatives of the Islamic Republic (of Afghanistan) in this meeting,” the letter said.

Blinken said Washington also intended to ask the U.N. to convene foreign ministers and envoys from Russia, China, Pakistan, Iran, India, and the U.S. to discuss how to promote peace in Afghanistan.