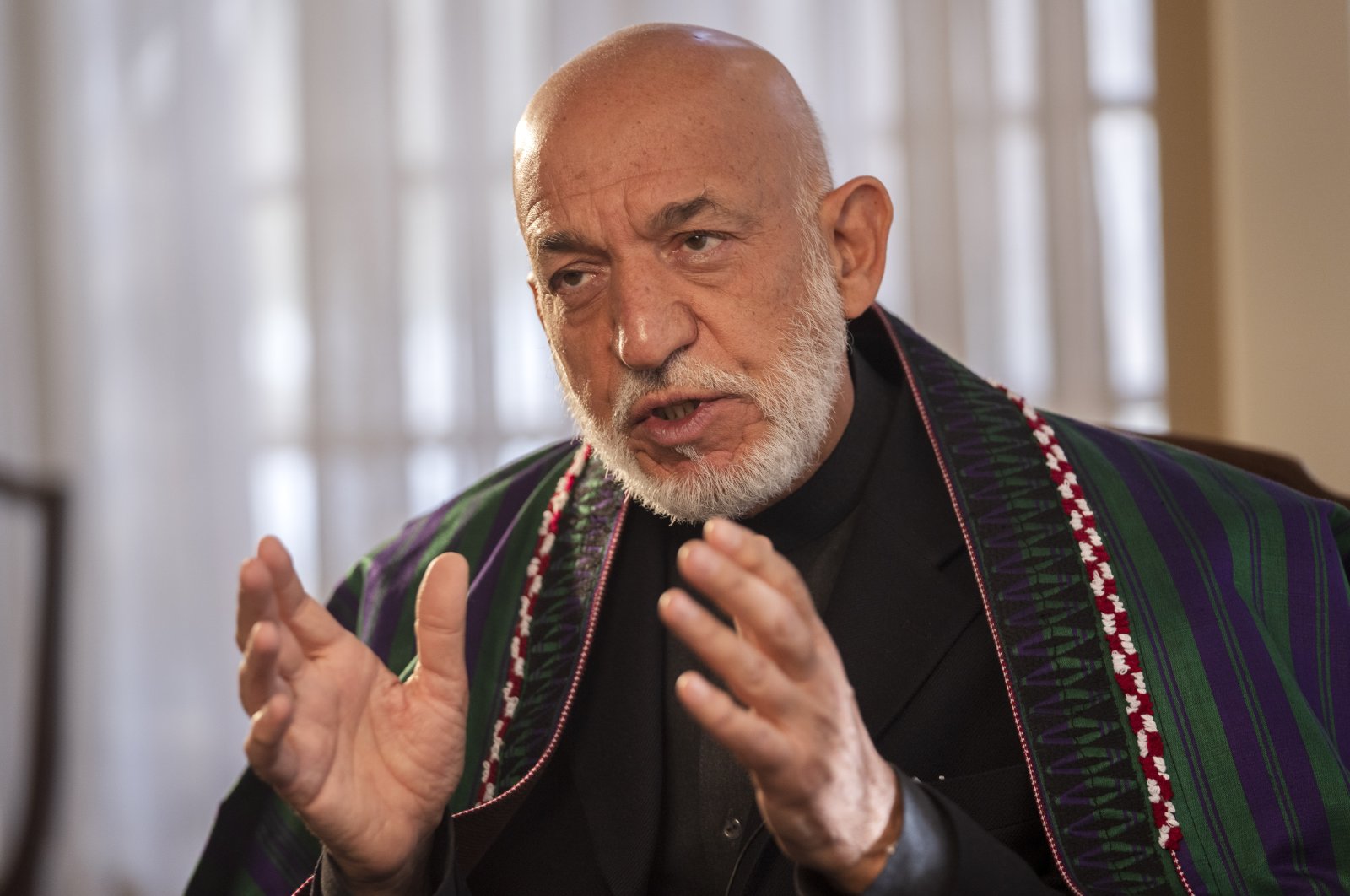 The Taliban didn't take the Afghan capital – they were "invited," said the man who issued the invitation.

In an Associated Press (AP) interview, former Afghan President Hamid Karzai offered some of the first insights into the secret and sudden departure of Afghan President Ashraf Ghani – and how he came to invite the Taliban into the city "to protect the population so that the country, the city doesn’t fall into chaos and the unwanted elements who would probably loot the country, loot shops.”

When Ghani left, his security officials also left. Defense Minister Bismillah Khan even asked Karzai if he wanted to leave Kabul when Karzai contacted him to know what remnants of the government still remained. It turned out there were none. Not even the Kabul police chief had remained.

Karzai, who was the country's president for 13 years after the Taliban were first ousted in the wake of the 9/11 attacks, refused to leave.

In a wide-ranging interview at his tree-lined compound in the center of the city where he lives with his wife and young children, Karzai was adamant that Ghani's flight scuttled a last-minute push by himself, the government's chief negotiator Abdullah Abdullah and the Taliban leadership in Doha that would have seen the Taliban enter the capital as part of a negotiated agreement.

The countdown to a possible deal began Aug. 14, the day before the Taliban came to power.

Karzai and Abdullah met Ghani, and they agreed that they would leave for Doha the next day with a list of 15 others to negotiate a power-sharing agreement. The Taliban were already on the outskirts of Kabul, but Karzai said the leadership in Qatar promised the insurgent force would remain outside the city until the deal was struck.

Early on the morning of Aug. 15, Karzai said, he waited to draw up the list. The capital was fidgety, on edge. Rumors were swirling about a Taliban takeover. Karzai called Doha. He was told the Taliban would not enter the city.

At noon, the Taliban called to say that "the government should stay in its positions and should not move that they have no intention to (go) into the city," Karzai said. "I and others spoke to various officials and assurances were given to us that, yes, that was the case, that the Americans and the government forces were holding firm to the places (and) that Kabul would not fall,” he said.

By about 2:45 p.m., though, it became apparent Ghani had fled the city. Karzai called the defense minister, called the interior minister and searched for the Kabul police chief. Everyone was gone. "There was no official present at all in the capital, no police chief, no corps commander, no other units. They had all left,” he said.

Ghani's own protection unit's deputy chief called Karzai to come to the palace and take over the presidency. He declined, saying legally he had no right to the job. Instead, the former president decided to make a public, televised message, with his children at his side "so that the Afghan people know that we are all here."

Karzai was adamant that there would have been an agreement for a peaceful transition had Ghani remained in Kabul.

"Absolutely. Absolutely. That is what we were preparing for, what we were hoping (along) with the chairman of the peace council to go to Doha that evening, or the next morning, and to finalize the agreement," he said. "And I believe the Taliban leaders were also waiting for us in Doha for the same ... objective, for the same purpose,” he added.

He added, "An end to that can only come when Afghans get together, find their own way out."

The former president has a plan. In his talks with the Taliban, he is advocating the temporary resurrection of the constitution that governed when Afghanistan was a monarchy. The idea was also floated during earlier Doha talks.

At the same time, a traditional Loya Jirga – a grand council of all Afghans, including women – would be convened. It would decide the country's future, including a representative government, a constitution and a national flag.

There's no indication the Taliban will accept his formula, though he said they have not rejected it in discussions. A jirga is a centuries-old Afghan tradition for decision-making and is particularly popular among ethnic Pashtuns, which make up the backbone of the Taliban.

Karzai said a future Afghanistan has to have universal education rights for boys and girls, and women "must find their place in the Afghan polity, in the administration, in economic activity and social activity, the political activity in all ways of life. ... That’s an issue on which there cannot be any compromise."

But until it happens, Karzai said, the world has to engage with the Taliban. Afghanistan needs to operate. Government servants have to be paid. Health care facilities need to function.

"Right now, they need to cooperate with the government in any form they can," said Karzai, who also bemoaned the unchallenged and sometimes wrong international perceptions of the Taliban. He cited claims that women and girls are not allowed outside their homes or require a male companion. "That's not true. There are girls on the streets – women by themselves.” The situation on the ground in Kabul bears this out.

Asked to describe the Taliban, Karzai said, "I would describe them as Afghans, but Afghans who have gone through a very difficult period in their lives as all other Afghans have done for the past 40 years."

We "have been through an extremely difficult period of our history in which we, the Afghans, have made mistakes on all sides, in which the international community and those who interacted with us have made tremendous mistakes,” Karzai said. "It’s time for all of us to realize that, and to look back at the mistakes that we have all made and to make it better.”