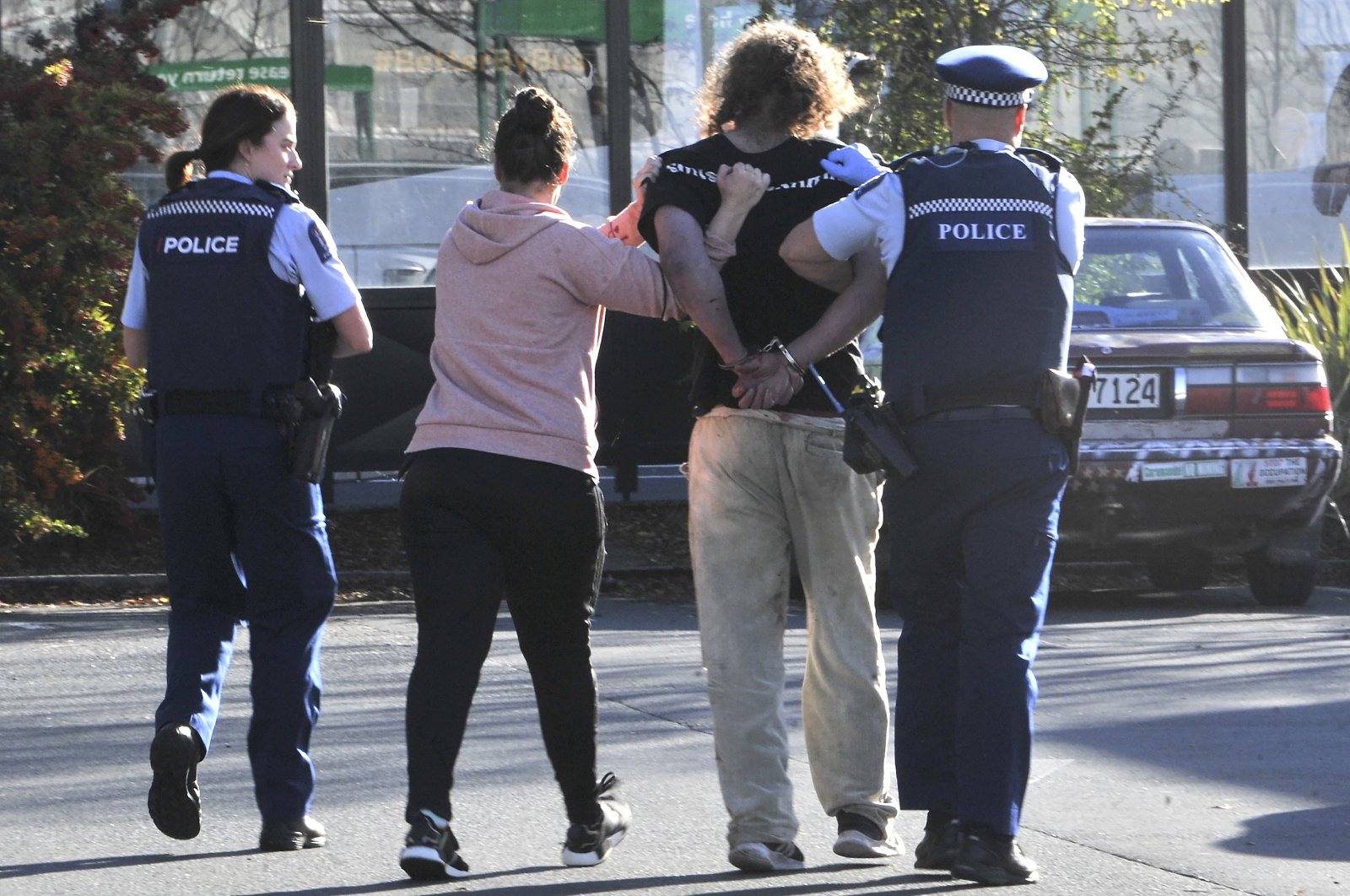 Police take a suspect into custody near the Countdown supermarket in central Dunedin, New Zealand, May 10, 2021. (AP Photo)
by French Press Agency - AFP May 10, 2021 9:31 am
RECOMMENDED

Four people were stabbed by a knife-wielding attacker on Monday in a New Zealand supermarket. Three people were critically injured in the rampage described by authorities as "random" and not terror-related.

Police said the attack – highly unusual in the normally peaceful South Pacific nation – occurred at a Countdown supermarket in central Dunedin at 2:30 p.m. (2:30 a.m. GMT) and a man had been taken into custody.

Witnesses told local media a man carrying two knives stabbed staff in the supermarket and bystanders who tried to stop him were also injured.

The most recent mass-casualty attack in New Zealand was the Christchurch mosques shootings in March 2019, when a white supremacist terrorist murdered 51 Muslim worshippers and severely injured another 40.

Prime Minister Jacinda Ardern said her first question to police was whether the Dunedin attack had national security implications but they assured her it did not.

"At this stage, there's nothing to suggest from the police's perspective that this is what they would define as a domestic terror event," she told reporters.

Paul Basham, the southern police district commander, characterized the incident as a "random attack" and said the perpetrator would face court on Tuesday.

Authorities initially reported five people were stabbed but later revised it down to four, with Basham saying the attacker received a minor injury during the incident.

He described the actions of those who stopped the man as "nothing short of heroic", saying they had prevented more injuries.

Basham said three of the victims were due to undergo surgery overnight.

Countdown's managing director Spencer Sonn said everyone at the supermarket chain was "shocked and devastated" by the attack.

New Zealand introduced tough gun laws in the wake of the Christchurch attack to limit access to firearms.