Girls back at school in Herat after Taliban's capture of Afghanistan 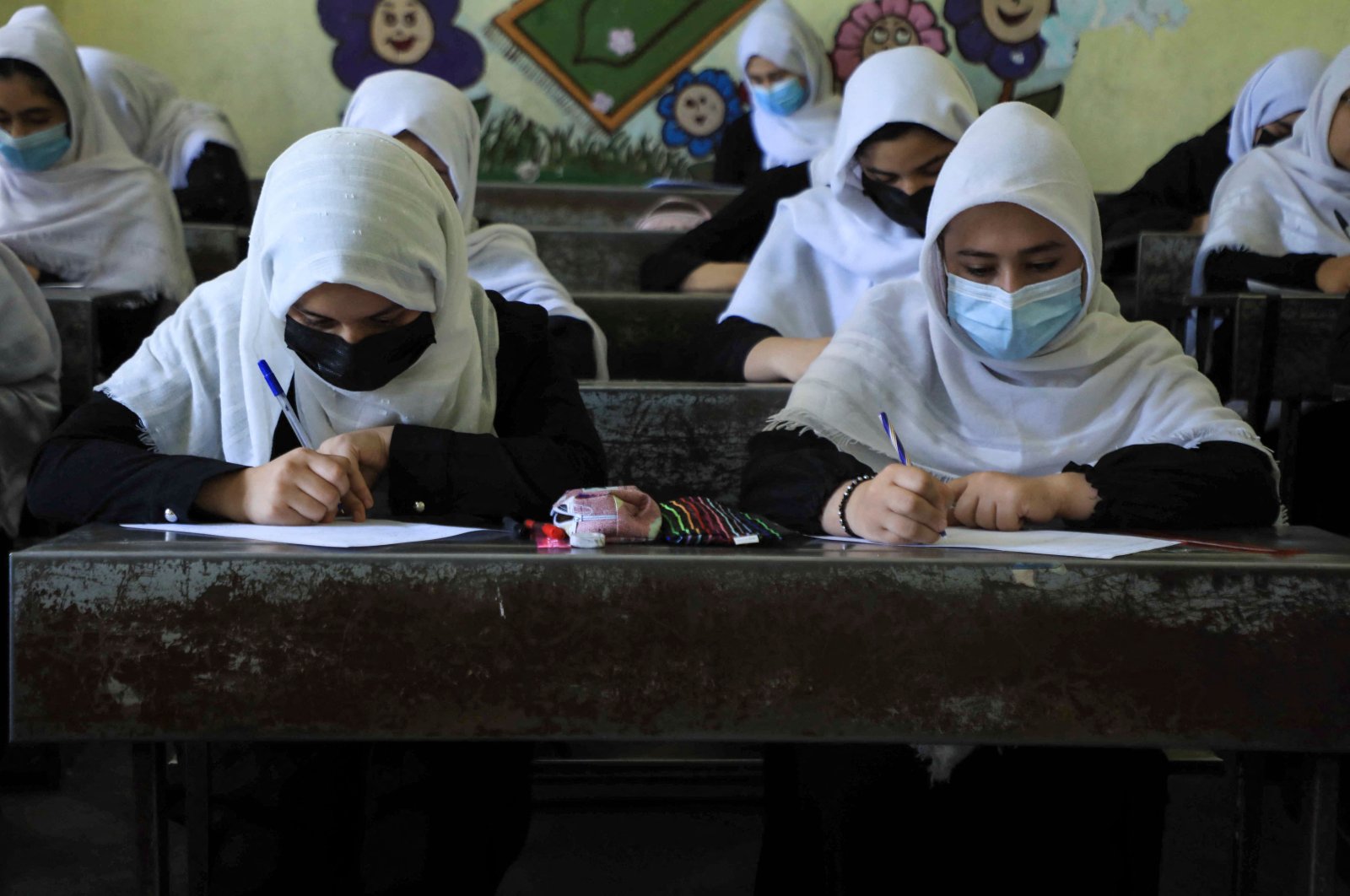 Girls wearing white hijabs and black tunics crammed into classrooms in the western Afghan city of Herat just days after the Taliban's takeover. As the school opened its doors, the students scurried down corridors and chatted in courtyards, seemingly oblivious to the turmoil that has engulfed the country in the past two weeks.

The scenes – which many feared would be banned under the Taliban – were filmed by Agence France-Presse (AFP) this week, just days after fighters from the hardline group took the city following the collapse of government forces and local militia.

"We want to progress like other countries," said student Roqia. "And we hope the Taliban will maintain security. We don't want war, we want peace in our country."

With its close proximity to the Iranian border, the ancient Silk Road city of Herat has long been a cosmopolitan exception to more conservative centers.

Women and girls walked more freely in the streets, attending schools and colleges in huge numbers in a city famed for its poetry and arts. Its long-term future remains uncertain, however. Under the hardline version of Shariah, or Islamic law, that the Taliban imposed when they controlled Afghanistan in the 1990s, women and girls were mostly denied education and employment. Full face coverings became mandatory in public, and women could not leave home without a male companion.

Public floggings and executions, including stoning for adultery, were carried out in city squares and stadiums. What lies ahead for women with the Taliban back in power remains unclear.

Publicly, the Taliban are attempting to push the narrative that they have watered down some of their more extreme positions, with their spokesperson late Tuesday announcing an official pardon for "everyone" involved in the war.

During the group's first official press conference in Kabul since retaking power, Taliban spokesperson Zabihullah Mujahid said the erstwhile insurgents were "committed to letting women work in accordance with the principles of Islam."

Asked what the difference was between the movement ousted 20 years ago and the Taliban of today, he said: "If the question is based on ideology, and beliefs, there is no difference ... but if we calculate it based on experience, maturity, and insight, no doubt there are many differences.

"The steps today will be positively different from the past steps," he added. Still, people have been entering public life cautiously, with women largely absent from the streets of Kabul and men trading their Western clothes for more traditional Afghan garb.

There remains massive concern globally about the Taliban's brutal human rights record – and tens of thousands of Afghans are still trying to flee the country as the group settles into power. After just days at the helm, it remains unclear if there is any official education policy or whether talks with schools have been held by the Taliban.

However, during an interview with Britain's Sky News this week, another Taliban spokesperson, Suhail Shaheen, offered assurances on the topic. Women "can get education from primary to higher education – that means university," he said.

Thousands of schools in areas captured by the Taliban were still operational, he added.

In Herat, school principal Basira Basiratkha expressed cautious optimism, saying she was "grateful to God" that they have been able to reopen.

"Our dear students are attending their classes in large numbers while adhering to the Islamic hijab," she said. "Exams are continuing."