Hong Kong could postpone election by a year due to virus 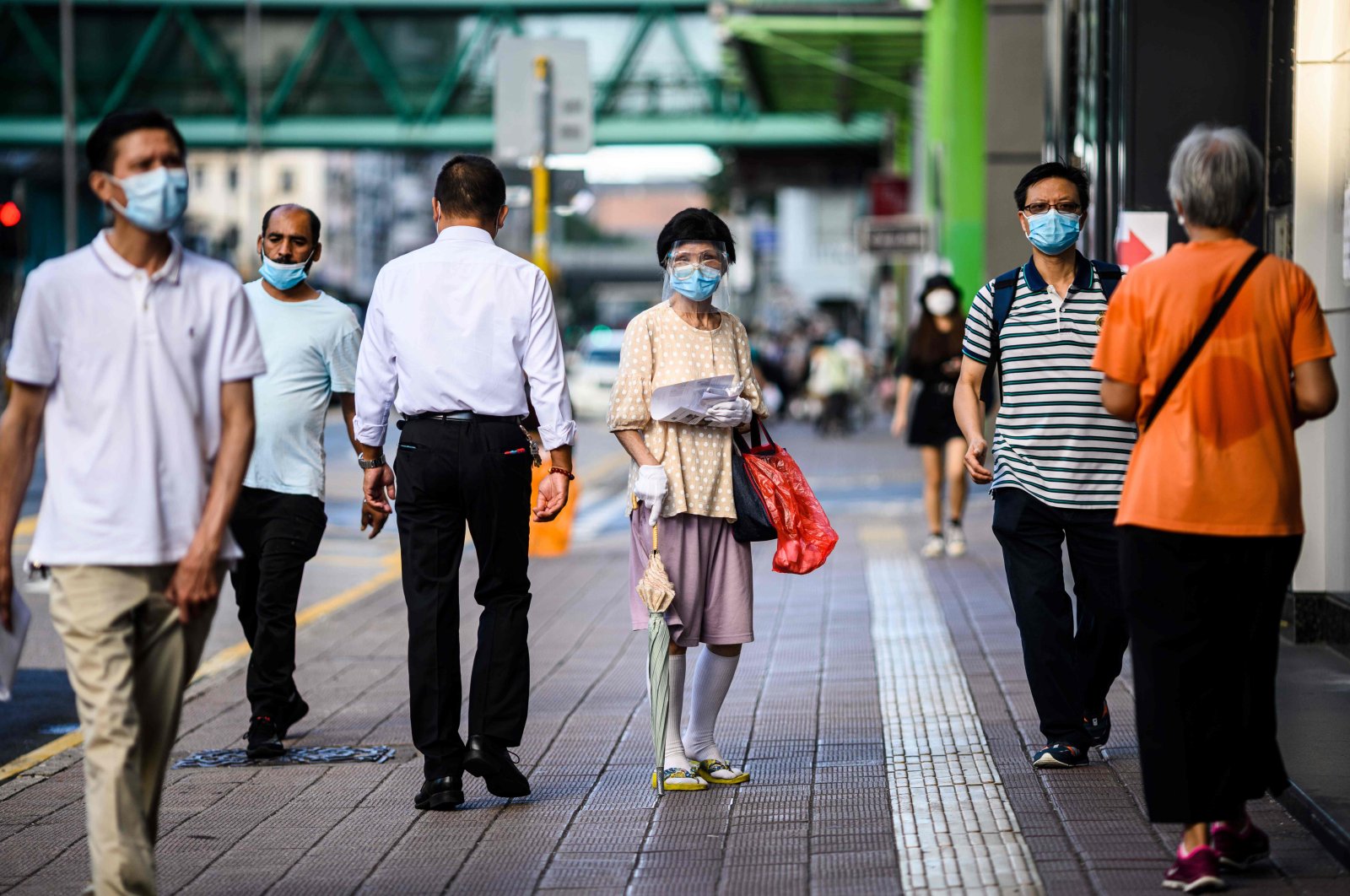 Pedestrians wear face masks in the Kowloon-side Sham Shui Po district of Hong Kong as new social distancing measures come into effect, which include having to wear masks in public to combat a new wave of coronavirus infections, China, July 29, 2020. (AFP Photo)
by REUTERS Jul 29, 2020 10:37 am
RECOMMENDED

Hong Kong's government could postpone by a year a vote for seats in the city's legislature scheduled for Sept. 6 amid fears of a resurgence in coronavirus cases, public broadcaster Radio Television Hong Kong (RTHK) reported Wednesday.

A postponement would be a blow for the opposition pro-democracy camp's attempt to win a historic majority in the city's assembly after Beijing imposed a new security law widely criticized by Western countries as eroding citizens' rights.

The RTHK report cited unidentified sources and did not give any more details.

Some 600,000 people voted in unofficial primaries polls for the opposition in Hong Kong this month, sending a younger, more confrontational generation of pro-democracy politicians into the race for the legislature.

The Legislative Council, or Legco, election would be the first vote in the former British colony since the introduction of the national security legislation in the semiautonomous city.

The law punishes what China broadly defines as secession, subversion, terrorism and collusion with foreign forces with up to life in prison and sees mainland Chinese security agents operating officially in the city for the first time.

Critics of the law say it erodes the freedoms Hong Kong was promised when it was handed back to China by Britain in 1997, while supporters say it would restore stability after a year of often-violent pro-democracy protests in the city.

Hong Kong has reported about 3,000 coronavirus cases since January and more than 20 deaths – far lower than in other major cities around the world.

But the government has warned of a new surge of infections in the community and has banned dining in restaurants and limited group gatherings to two people.

Rival finance hub Singapore, which has had a larger coronavirus outbreak, held a general election this month.

At least 68 countries and territories have delayed national or regional elections due to the coronavirus since February, the International Institute for Democracy and Electoral Assistance said.

At least 49 countries and territories have decided to hold national or subnational elections, it said.