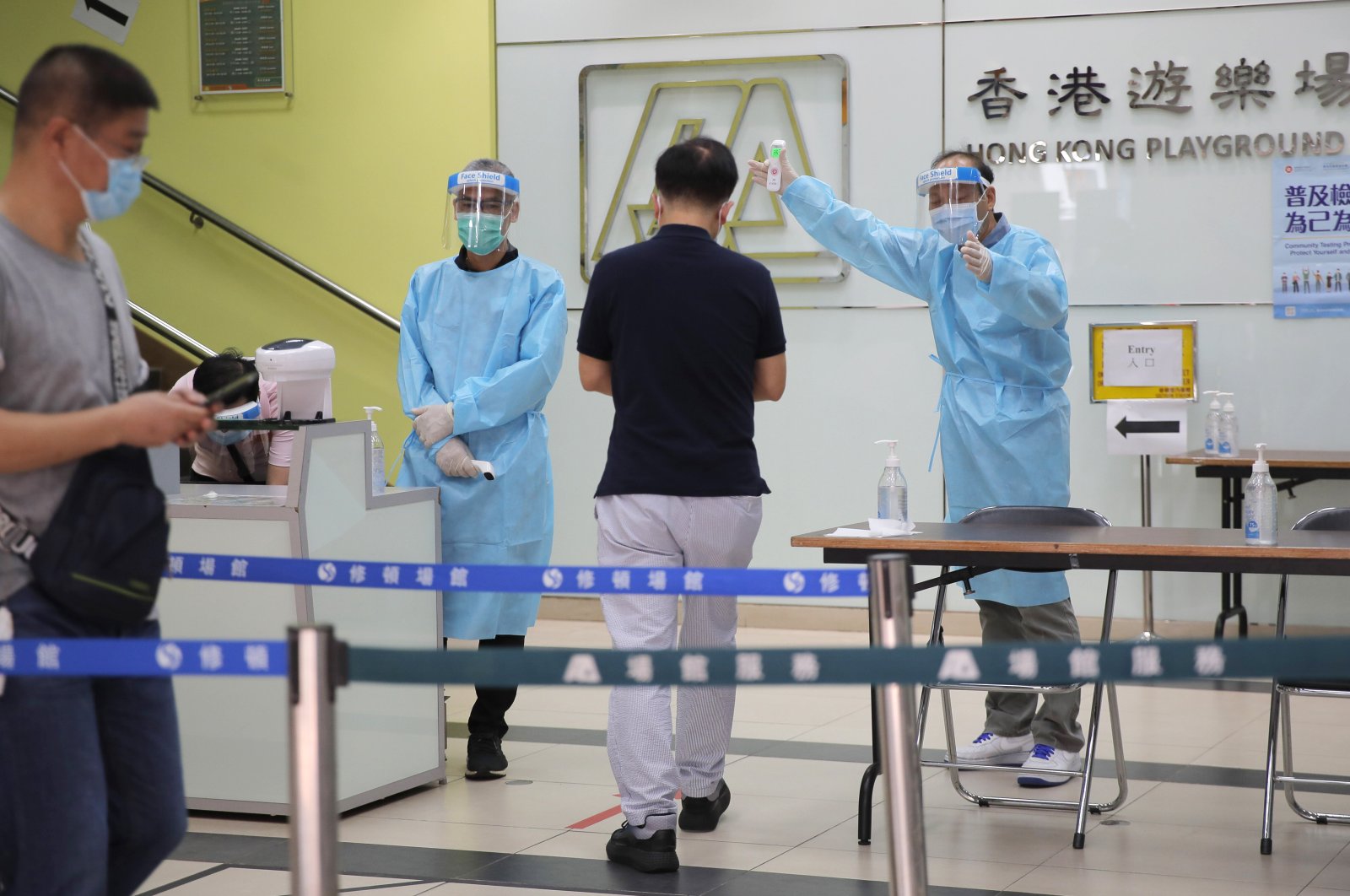 Hong Kong launched a mass coronavirus testing scheme Tuesday, but calls for millions to take up the offer have been undermined by deep distrust of the government following China's crushing of the city's democracy movement.

The free voluntary tests are part of an attempt to stamp out a third wave of infections that began in late June and saw the densely populated city reimpose economically painful social distancing measures.

But the program has been hampered by a limited response due to the involvement of mainland Chinese testing firms and doctors – and swirling public fears of the harvesting of data and DNA as Beijing cracks down on calls for democratic reform.

Since registration began on Saturday, 510,000 people have signed up – around 7% of the city's 7.5 million population.

"It will help Hong Kong emerge from the pandemic unscathed and is conducive to the resumption of daily activities," she told reporters.

But health experts advising the government have said as many as 5 million people might need to be tested to comprehensively uncover hidden transmissions and end the current wave.

Hong Kong has recorded just over 4,800 infections since the virus first hit the city in late January but about 75% of those cases were detected since the start of July.

"I am doing this for myself and for others," Winnie Chan, a mother in her thirties, told Agence France-Presse (AFP) as she entered a test center. "I am confident and I support the government's policy."

Others said they had no plans to sign up.

"I think it's a waste of time," local resident Emily Li told AFP. "The government can't convince me in terms of the effectiveness of the testing program."

Authorities have billed the scheme as a benevolent public health initiative made possible with Chinese help.

But the involvement of teams and labs from the mainland has sent the rumor mills into overdrive and compounded fears of Beijing's surveillance state, which uses biometric data to monitor its citizens.

Some prominent Hong Kong health experts have questioned the efficacy of a mass testing program, arguing that more targeted monitoring of at-risk and vulnerable communities would be a better use of resources.

They have also raised concerns that the act of testing so many people might itself help spread the virus in a city where emergency rules currently forbid more than two people gathering in public.

A group of pro-democracy politicians and lawmakers, including prominent activist Joshua Wong, have called on the public to boycott the test.

They voiced fears of mass DNA harvesting and concerns Hong Kong might introduce a mandatory health code system like those used on the mainland.

Hong Kong's government has repeatedly rejected those concerns, denying DNA would be taken and insisting that no tests would go to mainland labs.

Lam has previously slammed those opposed to the testing scheme as "active anti-Beijing, anti-government members" who "will not spare any chance to create troubles and stir up confrontations even when it comes to a public health issue."

Last week Lam also dismissed doctors who voiced concerns about the efficacy of city-wide testing as being politically motivated, angering some in the medical community.

Some of the doctors who raised concerns are top epidemiologists who have been helping the government battle the virus.

At the height of the third wave in late July, Hong Kong was recording about 150 new cases a day.

Citing the rising infections, Lam canceled local legislature elections for a year, sparking uproar from the pro-democracy camp, which had hoped to capitalize on seething public anger after last year's huge protests.

Cases have since fallen back to single digits, with just nine new infections on Monday, and government opponents have questioned why elections needed to be canceled if the government could conduct city-wide tests.