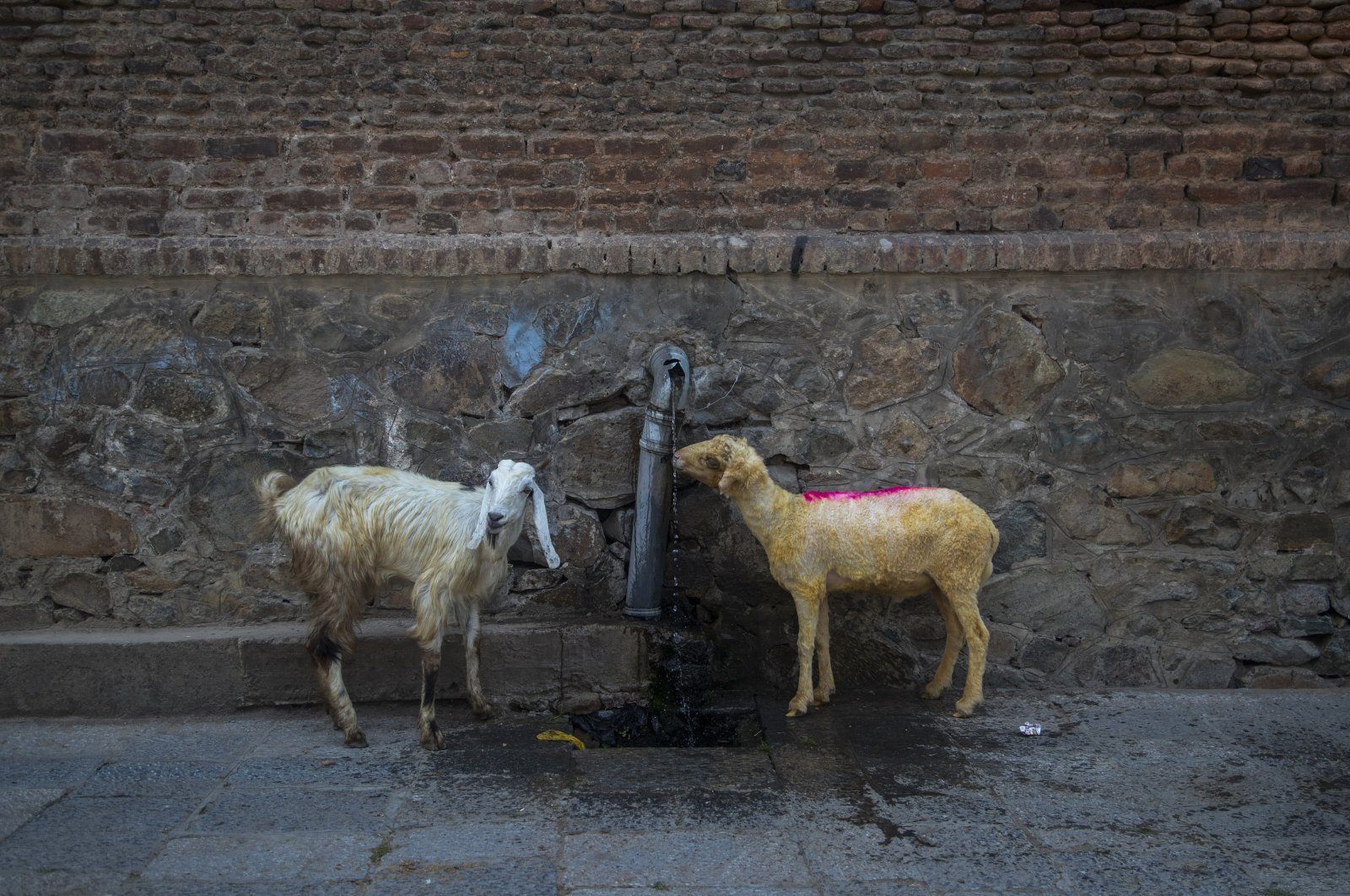 A sheep that is brought for sale ahead of the upcoming Muslim festival of Eid al-Adha drinks water in Srinagar, Indian-controlled Kashmir, India, July 11, 2021. (AP Photo)
by ASSOCIATED PRESS Jul 16, 2021 12:58 pm
RECOMMENDED

Officials in Indian-administrated Kashmir have barred the sacrifice of animals during the upcoming holiday of Qurban Bayram, also known as Eid al-Adha, in the move that will likely spark widespread anti-India anger in the disputed region where the Muslim population prevails.

An order issued Thursday said the "illegal killing/sacrifices of cows/calves, camels & other animals” must be stopped, citing animal welfare laws. It is unclear why the government issued a near total ban on sacrificing animals.

Muslims traditionally mark Eid al-Adha, or the Feast of Sacrifice, by offering special prayers and slaughtering livestock, usually a goat, sheep, a cow or a camel, to commemorate Prophet Ibrahim’s test of faith.

The meat of the sacrificed animals is shared among family and friends and poor people who cannot afford to sacrifice animals. This year’s Muslim holiday falls on July 21-23 in the region.

Sentiment against Indian rule runs deep in Kashmir, where many Muslim residents seek independence or unification with Pakistan, which controls the other half of the region. Both nuclear-armed rivals claim the territory in its entirety. Kashmiri Muslims fear that India’s Hindu populist government led by Prime Minister Narendra Modi has begun to alter Kashmir’s demography and identity after stripping the region’s semi-autonomy in 2019.

Since Modi’s ascendance to power in 2014, India has seen a series of fatal mob attacks on minority groups. Most have involved so-called cow vigilantes from extremist Hindu groups. They have usually targeted Muslims, who make up 14% of India’s nearly 1.4 billion people. Hindus make up about 80% of the population.

The victims have been accused of either smuggling cows for slaughter or carrying beef. At least two dozen people have died in such attacks.