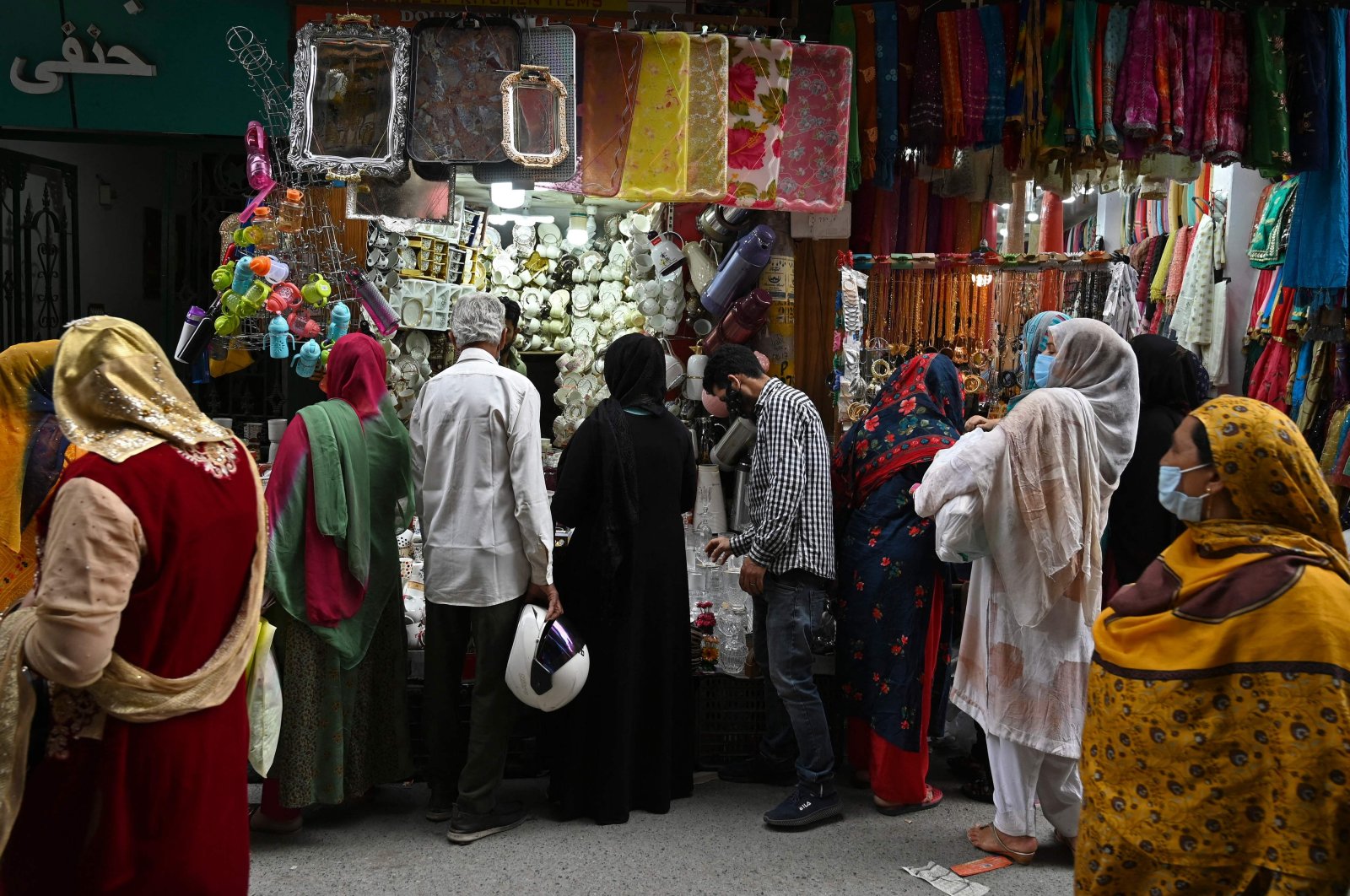 People shop at a market following a partial relaxation in the lockdown imposed to curb the spread of the coronavirus in Srinagar, Indian-administrated Kashmir, June 3, 2021. (AFP Photo)
by Anadolu Agency Jun 10, 2021 1:41 pm
RECOMMENDED

"India continues with its design to change the demographic structure of the occupied territory in clear violation of international law, including the 4th Geneva Convention,” Zahid Hafeez Chaudhri, spokesperson for Pakistan's Foreign Ministry, said during his weekly press briefing. "India has already issued over 3.4 million fake domicile certificates,” he added.

He said Kashmiris have been facing an "unprecedented military siege, communications blockade and suspension of fundamental freedoms” for the past 22 months.

"The lives and livelihoods of the Kashmiri people have been severely affected in the aftermath of India's illegal and unilateral actions on Aug. 5, 2019,” he said, referring to the day when India revoked the special status of the disputed Himalayan region and split it into two federally administered territories.

Simultaneously, it locked the region down, detained thousands of people, imposed movement restrictions and enforced a communications blackout, according to rights group Amnesty International.

"India continues to employ rape, torture, degrading treatment and killings of Kashmiri women as instruments of state terrorism in the occupied territory,” Chaudhri said in comments on the anniversary of the 2009 rape and murder of two Kashmiri women, Aasiya and Nilofar Jan.

"India's gross and systematic violations of human rights in the occupied territory and lack of accountability of the perpetrators have been widely documented by a number of independent commissions, human rights organizations, global media and civil society organizations, including the UN Office of the High Commissioner for Human Rights.”

The official said India's "continuing crimes against the Kashmiri people” are a "a solemn reminder to the international community of its collective responsibility to hold India accountable.”

Pakistan and India have a history of bitter relations. The two neighbors have fought two of their three wars over the territory. Most Kashmiris support uniting the territory, either under Pakistani rule or as an independent country. Rebels in the region have been fighting against Indian rule since 1989.

Pakistan and India routinely accuse each other of unprovoked attacks along the tense Kashmir frontier in violation of a 2003 cease-fire agreement. Pakistan says India has violated the truce more than 2,000 times in 2020 alone.

Speaking about the recent atrocities committed by Israel against Palestine, Chaudhri said, "we once again reiterate the need for permanent resolution of the Palestine issue.”

"Pakistan believes that a viable, independent, and contiguous Palestinian state based on internationally agreed parameters with the pre-1967 borders, and Al-Quds Al-Sharif (Jerusalem) as its capital is the only way forward to the Palestine issue,” he stressed.

The U.N. Human Rights Council's resolution "to establish a standing international Commission of Inquiry to investigate the human rights violations by Israel ... represents global resolve to end systemic impunity and injustice and begin a process of meaningful accountability,” the official added.