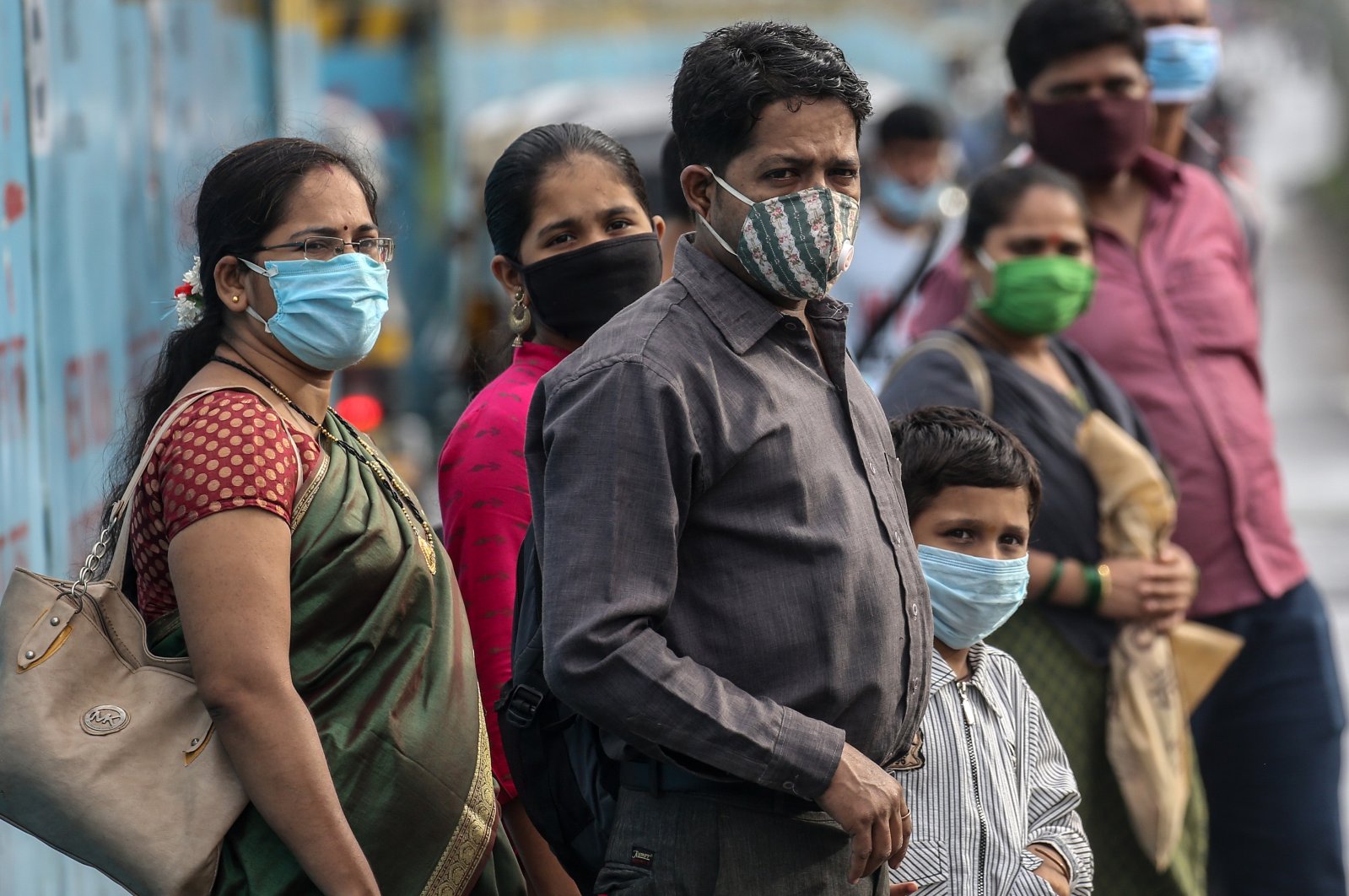 India added more than 90,000 cases of the coronavirus Sunday, a global daily record, according to data from the federal health ministry.

There were 90,632 new cases in the 24 hours leading up to Sunday, according to the data from the Ministry of Health and Family Welfare, while the number of deaths rose by 1,065 to 70,626.

The country is set to pass Brazil on Monday as the second-most-affected country by total infections and will be behind only the United States, which has 6.4 million cases and nearly 193,000 deaths.

Coronavirus cases in India have reached 4.1 million and about 3.2 million affected people have been treated so far, the government data showed.

Medical experts said the country was seeing a second wave of the pandemic in some regions and that case numbers have surged because of increased testing and the easing of restrictions on public movement.

The government will partially restore metro train services in the national capital of New Delhi from Monday.

The pandemic will not finish this year as the virus has spread from big cities to other parts of the country, Randeep Guleria, the director of the All India Institute of Medical Sciences in New Delhi, said in an interview with India Today TV.

The number of cases could continue to rise before the curve flattens out, he said.

India has logged the world's largest daily coronavirus caseload for almost a month even as its government pushes to open businesses to revive a contracting economy.

Meanwhile, the premier of Australia's Victoria state announced a slight easing of restrictions in Melbourne, but the country's second-largest city will remain in lockdown until at least Oct. 26.

State police charged a protester with assault after an officer suffered cuts to the head during an anti-lockdown rally in Melbourne Saturday.

Police said that seven others have been charged with breaching COVID-19 restrictions after about 200 gathered at the Shrine of Remembrance and Albert Park. Scuffles between protesters and police resulted in more than 160 fines for contravening lockdown measures or not wearing a mask.

"Despite all the warnings, it was disappointing to see individuals turn out to protest in the city, putting the lives of Victorians at risk,” a police statement said.

On Sunday, health officials said Victoria recorded 63 new cases and five more deaths. It takes the state’s total fatalities to 666 and the national death toll to 753.

Victoria Premier Daniel Andrews said that from Sept. 13, the nightly curfew will start an hour later at 9 p.m. and run until 5 a.m. People living alone can choose a friend or family member to visit them. Two hours of daily exercise will be allowed, including social interactions such as a picnic at a park or reading a book at the beach.

He said further restrictions could be eased from Sept. 28, and the government will consider lifting the curfew entirely from Oct. 26.

Amid tight restrictions to curb a second wave, South Korea on Sunday reported the smallest daily rise in coronavirus infections in three weeks.

The Korea Center for Disease Control and Prevention (KCDC) reported 167 new cases of the virus in the 24 hours leading up to midnight on Saturday, down from 168 the previous day. This brings South Korea's total number of COVID-19 infections to 21,177, with 334 deaths.

South Korea's success in crushing early outbreaks of the coronavirus was partially reversed by a wave of infections in mid-August that began at a church. Cases peaked at 441 in late August but since then tougher social distancing curbs have taken effect.

"With stricter social distancing rules, new coronavirus cases have continued to drift down, and we expect to see drops in new cases," Sohn Young-rae, a spokesman for the South Korean Ministry of Health and Welfare, said in a briefing.

The government on Friday extended the curbs until Sept. 13, saying more time is needed to induce sharper drops in new infections.

The measures have included unprecedented restrictions on eateries in the Seoul area, where the spread is concentrated, banning onsite dining after 9 p.m. and limiting coffee and bakery franchises to takeout and delivery all day.

Health authorities have recommended that people should not return to their hometowns or visit relatives for the widely celebrated Chuseok holiday, Korea's Thanksgiving holiday, but said they would not stop them from doing so. Chuseok starts at the end of September and lasts until early October.

South Korea's efforts to fight the coronavirus have been complicated by a strike of 16,000 interns and resident doctors who oppose the government's plans to reform the medical sector to better handle future epidemics.

The top medical body agreed on Friday to end the walkout, only to face an immediate backlash from trainee doctors who rejected the deal and continued the strike.

Trainee physicians do not plan to comply with the agreement and plan to decide when to return to work on Monday, Yonhap news agency reported Sunday.

The South Korean government and the ruling Democratic Party on Sunday agreed to pursue a fourth supplementary budget worth more than 7 trillion won ($5.90 billion), most of which would be funded by treasury bonds, a Democratic Party spokesperson said in a statement.

The party plans to submit the budget plan to parliament this week for implementation before the Chuseok holiday in order to provide emergency support for people impacted by the coronavirus.