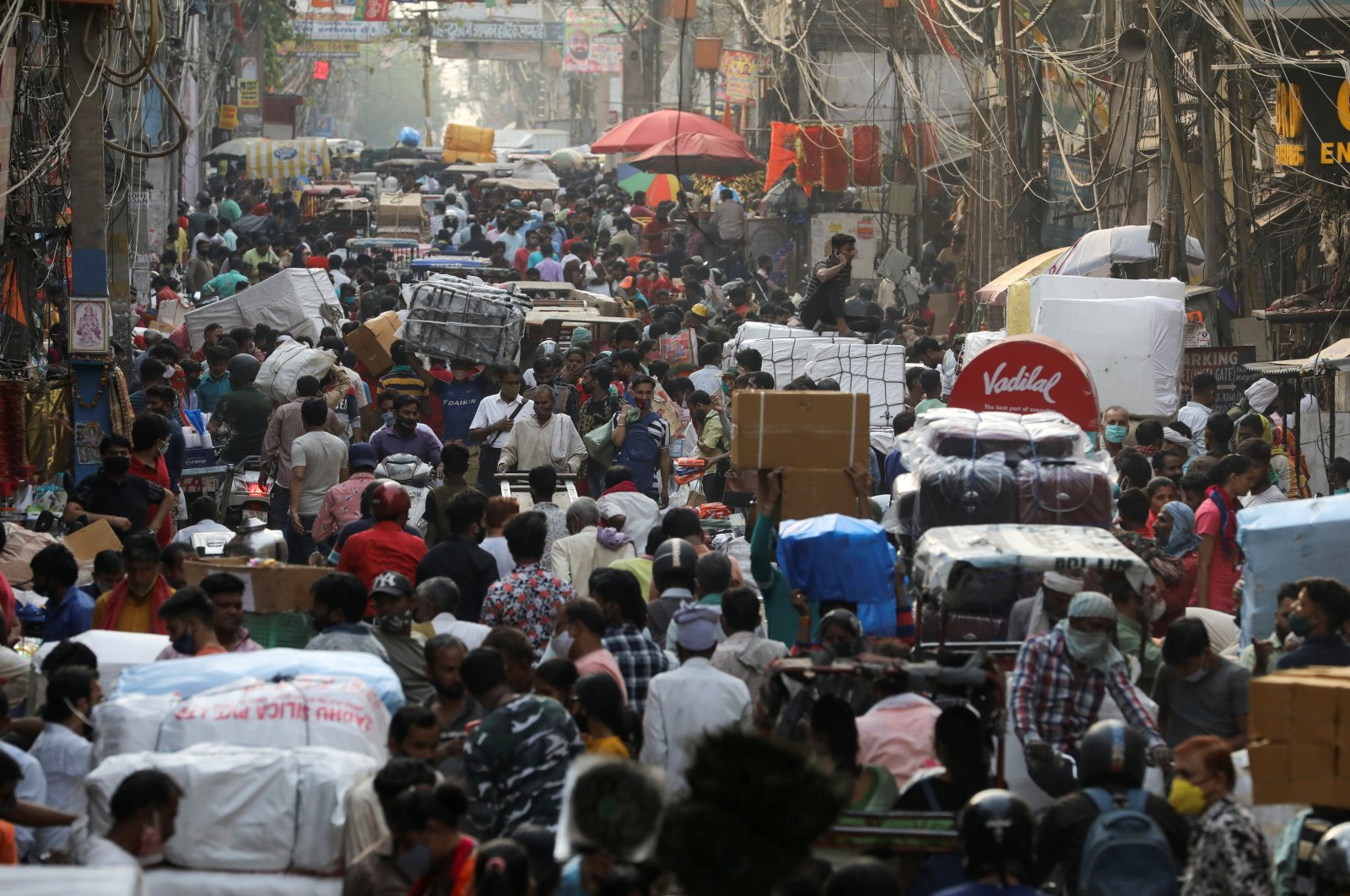 India reported a drastic surge in COVID-19 infections Wednesday with a record of almost 116,000 new cases being registered in 24 hours, a 13-fold rise in less than three months.

The federal government has asked states to decide on local curbs to control the spread of the virus but has so far refused to impose any national lockdown after the last one in 2020 devastated its economy and left millions of people penniless. The total number of cases since the first recorded infection in India just over a year ago now stands at 12.8 million, making it the third worst-hit country after the United States and Brazil. Deaths rose by 630 – the most in four days – to 166,177, according to data from the health ministry.

Ominously, the daily increase has topped 100,000 twice this week. The only other country to post such numbers has been the U.S. Daily infections in India have also passed the peak of the epidemic's first wave, seen in September. The country had reported a multi-month low of 8,635 cases in early February.

And as the second wave gathered momentum, authorities in many states including hardest-hit Maharashtra have ordered new local restrictions to contain the virus, some of whose variants have become more infectious. Indian Prime Minister Narendra Modi's home state Gujarat became the latest to tighten coronavirus curbs on Wednesday. New Delhi imposed night curfews from Tuesday, and on Wednesday, Gujarat in western India extended after-dark restrictions to 20 cities and banned large social and political gatherings.

"We have also extended the timing of night curfew from 8 pm to 6 am... This will be in force until April 30," Gujarat chief minister Vijay Rupani said in a video message, according to Agency France-Presse (AFP).

The northern state of Punjab on Wednesday ordered a ban on political gatherings and extended a night curfew to the whole state while capping numbers at indoor funerals and weddings to 50 guests and 100 for outdoors.

Chief Minister Amarinder Singh said it was also a "matter of concern that over 85 percent of cases in Punjab are of the UK strain, which is more contagious and virulent."

Press reports say that hospitals are starting to suffer, particularly in Maharashtra. One Pune clinic is reportedly giving oxygen support to patients in a makeshift waiting area. The All Indian Institute of Medical Sciences (AIIMS), one of Delhi's biggest government hospitals, will from Thursday end walk-in consultations to minimize infections, reports said. The government has so far shied away from reimposing a nationwide lockdown after a shutdown in March 2020 caused widespread human and economic misery.

"The pandemic isn't over and there is no scope for complacency," Health Minister Harsh Vardhan said on Twitter, urging people to get "vaccinated on your turn and follow COVID-appropriate behavior scrupulously!"

But many states have criticized the federal government as India, the world's biggest vaccine maker, has restricted its immunization drive to front-line workers and people aged over 45 years.

States like Odisha have also flagged shortages of supplies even for the prioritized groups. Odisha's chief health official, P.K. Mohapatra, wrote to the federal health ministry on Tuesday warning that the state only had enough vaccines for three days. Vaccine supplies in Mumbai, India's financial capital and one of its worst-hit cities, will be over in three days also and the next installment is scheduled to arrive only on April 15, Mayor Kishori Pednekar told reporters.

The health ministry has repeatedly told states that it replenishes stocks based on immunization patterns and that supplies are adequate in the country. It has not yet replied to Mohapatra's latest letter complaining of shortages. India has so far administered 85 million doses, more than 90% of those the AstraZeneca shot made by the Serum Institute of India. The rest has come from the Indian company Bharat Biotech that has developed a vaccine with a government research body.

Both vaccines require two doses. More than 74 million people in India have received at least one dose. Only the United States and China have vaccinated more people, having started their campaigns earlier. But with the contagion accelerating, India is in a far harder race to increase immunity among its population of 1.35 billion people, as Reuters reported.

Compelled by its domestic needs, India has now delayed exports of large quantities of vaccines, though 64.5 million does have been shipped so far.

"We are supposed to be the pharmacy of the world, what kind of pharmacy is this that cannot provide vaccines to even a small portion of its people," said a government official who declined to be named. "How long can you justify this situation to your people."