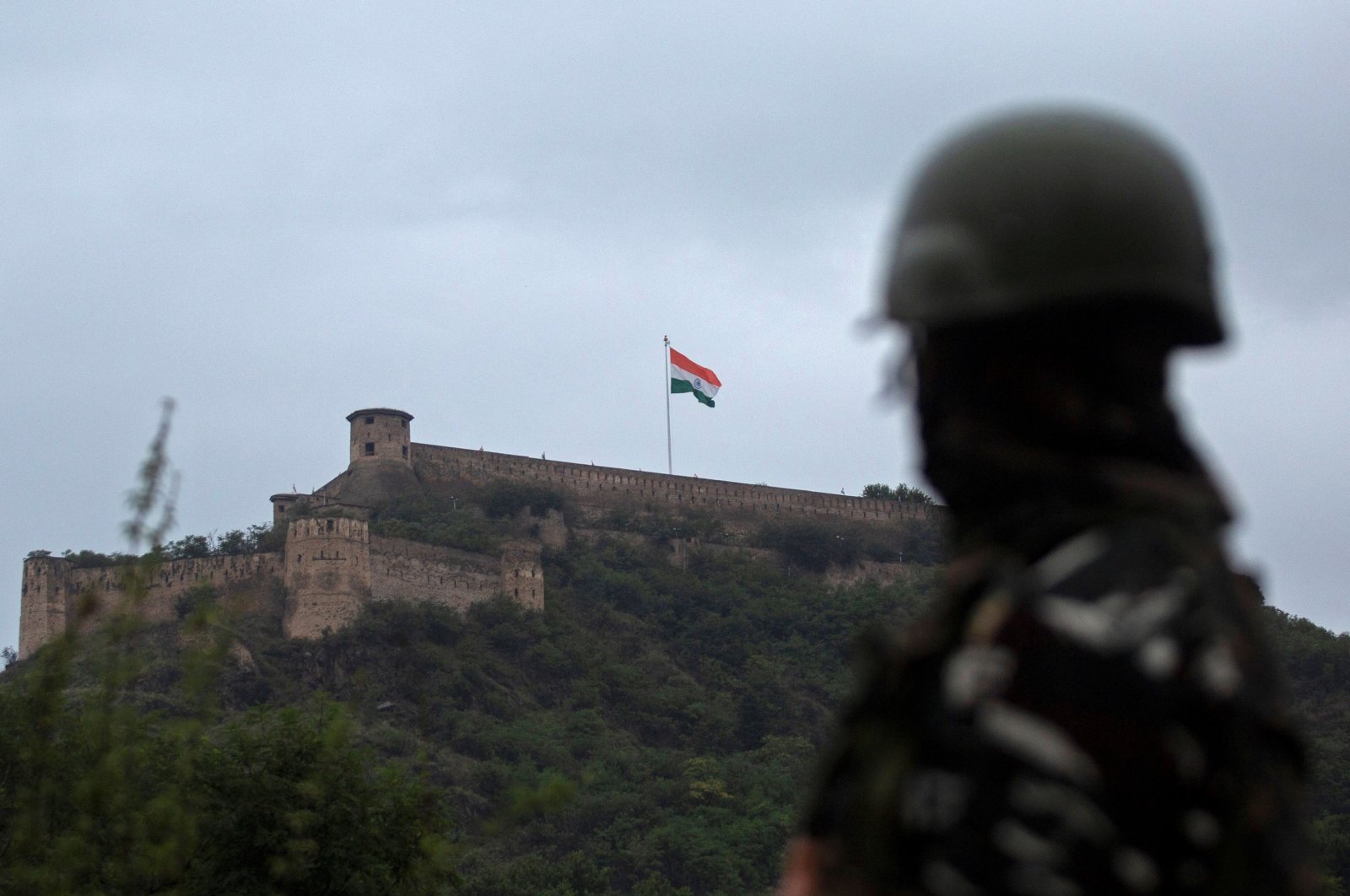 Public protests in Indian-controlled Kashmir were once an almost weekly occurrence but two years after New Delhi imposed direct rule on the region, locals say arbitrary arrests and intimidation by security forces wielding batons and snatching phones have left many too scared to voice dissent.

A week before the region's partial autonomy was abolished and as a massive troop deployment fanned out to help forestall a local backlash, Rafiq was one of the thousands put in "preventative detention." He believes he was arrested because he had "protested against injustices" in the past. Freed after a harrowing year behind bars, the 26-year-old – too frightened to give his real name – says he is a "broken man."

Echoing accounts from a dozen other Kashmiris, he told Agence France-Presse (AFP) that he along with 30 others were bundled onto a military aircraft and taken to a prison hundreds of miles from his home where they were "abused and intimidated."

"A bright light was kept on all night in my cell for six months ... It was hard to imagine that I would come out alive," he said. He at least was finally released. Activists say that scores of other Kashmiris are languishing in India's notoriously harsh jails. Mother-of-five Tasleema hasn't seen her husband Gulzar Ahmed Bhat, who used to belong to a separatist group but left in 2016, in two years.

Initially, when police and soldiers raided his home, Bhat was out. So they held his 23-year-old nephew until Bhat turned himself in. "I almost beg for work to feed my children," a tearful Tasleema said, with a young child on her lap.

ndia has for decades stationed more than half a million soldiers on its side of divided Kashmir. Its troops are fighting rebels demanding independence or a merger with Pakistan, which controls the western part of the region. Saying it wanted finally to achieve peace, Prime Minister Narendra Modi's government scrapped a section of the constitution guaranteeing the territory's partial autonomy in August 2019.

Kashmiris now no longer have a locally elected government and are ruled by a lieutenant governor appointed by New Delhi. A legislative blitz has seen new laws applied and others scrapped. There are now hardly any senior Kashmiri police officers or bureaucrats in important decision-making positions.

Changes in land ownership rules have sparked accusations of "settler colonialism" aimed at achieving an irreversible demographic shift in the Muslim-majority region. Neither the Home Ministry in New Delhi nor the government's spokesperson in Kashmir responded to requests for comment from AFP for this article.

Many of the 5,000 officially arrested two years ago – and scores more since – were booked under the Public Safety Act, a "preventative detention" law allowing two years' imprisonment without charge or trial.

"In the majority of cases, preventative detention is little more than a tool used ... to silence dissent and ensure self-censorship," Juliette Rousselot from the International Federation for Human Rights told AFP. India has also made sweeping use of vaguely-worded counterterrorism legislation – the Unlawful Activities (Prevention) Act – which effectively allows people to be held without trial indefinitely.

Authorities have raided homes, offices and premises of civil society groups, journalists and newspapers, confiscating phones and laptops. One group raided was the Jammu Kashmir Coalition of Civil Society.

"All the state institutions that are supposed to protect human rights and civil liberties have also been silenced now, made dysfunctional or threatened into capitulation," the group's head Parvez Imroz said.

Local journalists say they are under increased scrutiny. Photographers have been assaulted and foreign reporters are effectively barred from the region. When shopkeepers attempted a shutdown in protest this month, police smashed locks to force them to open. Young people say they are questioned and sometimes beaten up at checkpoints if encrypted apps like WhatsApp or Signal are installed on their phones.

Over a dozen government employees have recently been dismissed for "anti-national activities" or social media posts critical of the government. Last month police were told to reject security clearance for government jobs and passports to those with past involvement in protests, stone-throwing or activities against "security of the state."

Violence has continued. This month a local official from Modi's party was killed along with his wife, while 90 suspected rebels have died in clashes so far this year. But while there used to be almost weekly protests, which police would often respond to with tear gas and pellet-firing shotguns, now they are fast becoming a thing of the past.

Relatives and even neighbors of those who have protested in the past – or just suspected of having done so – are regularly pressed by police to give written promises to ensure they desist. "I'm now forced to think of my family and relations before opening my mouth to say anything," said one young man, who spent a year in prison and whose father was made to sign one such undertaking. "It has separated us. Solidarity with each other is no longer possible."