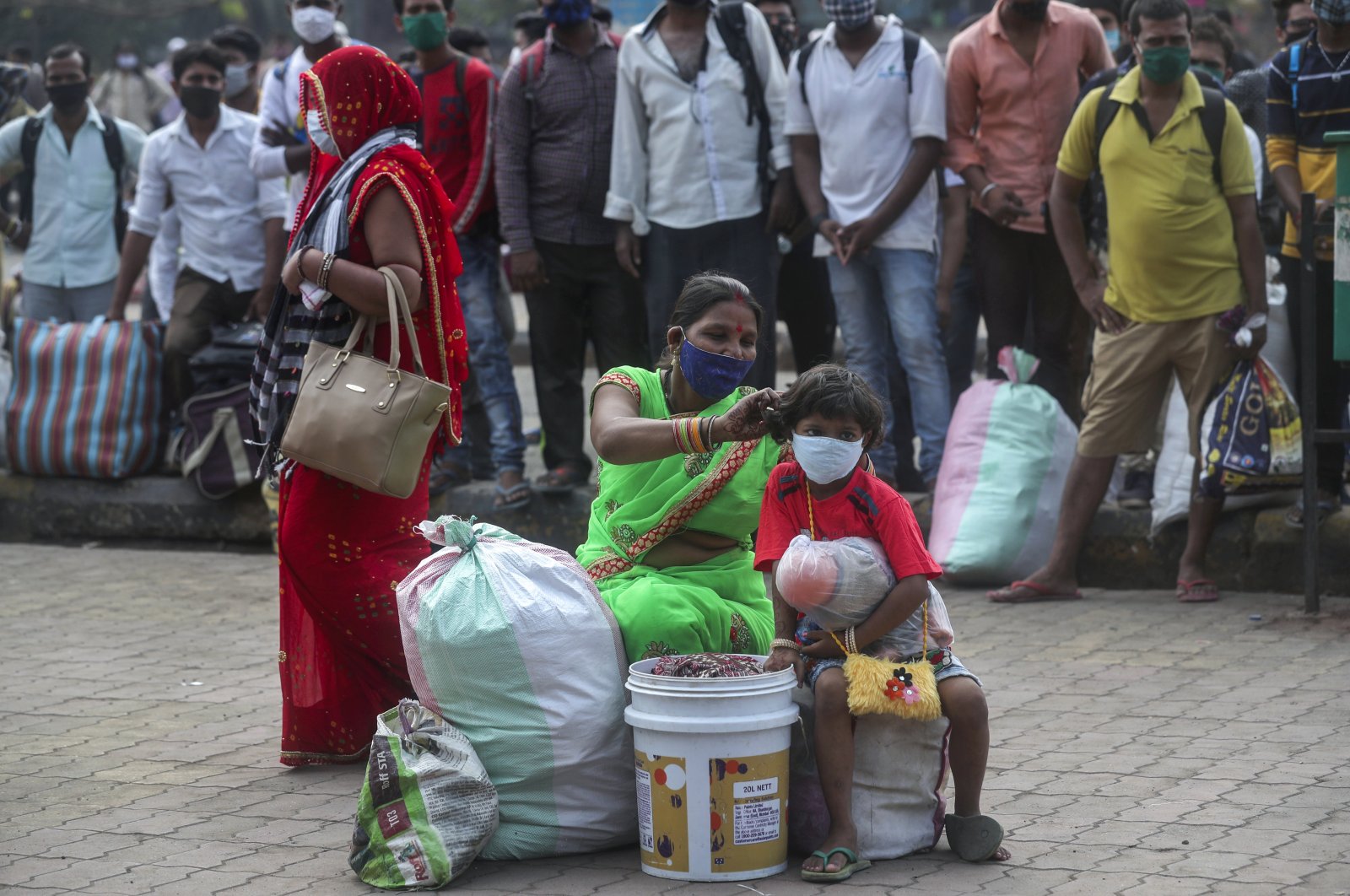 The number of new daily coronavirus infections in India has hit a new record high on Sunday, as the country battles the global pandemic's second wave with a new vaccination drive.

New COVID-19 cases in the country surged to a record of 152,879 on Sunday, with some Indian states considering tougher restrictions to slow the spread of the virus.

Daily cases have set record highs six times this week, according to data from the federal health ministry.

Deaths have also surged, with the federal health ministry reporting 839 fatalities on Sunday – the highest in over five months – as hospitals and crematoriums in some parts of the country grappled with the worsening situation.

India's coronavirus tally of more than 13.35 million cases is the third-highest globally, behind only Brazil and the United States.

"During this time we have to move towards optimum utilization of the country's vaccination capacity," Modi said in an open letter.

The country has administered more than 100 million doses since the middle of January, the most after the United States and China.

But several Indian states have complained of vaccine shortages, despite immunization being currently restricted to only about 400 million of India's 1.35 billion people.

The second surge in infections, which has spread much more rapidly than the first one that peaked in September, has forced many states to impose fresh curbs on activity.

The administration in western Maharashtra state, which is home to the financial capital Mumbai and has the highest number of cases in the country, said it may impose additional measures beyond a weekend lockdown that will end early on Monday.

"To break the (COVID-19) transmission chain, it is imperative that strict restrictions must be imposed for a certain period of time," Maharashtra Chief Minister Uddhav Thackeray said late on Saturday.

Authorities have blamed the resurgence of the virus mainly on crowding and a reluctance to wear masks, even as massive election rallies and large religious gatherings have continued in recent weeks.

Thousands of people thronged the banks of the holy Ganges River in the northern city of Haridwar on Sunday for morning prayers during the Kumbh Mela – where up to 5 million are expected on certain days.

Authorities have made it mandatory for all people entering the area to do COVID-19 tests. But many devotees on Sunday gathered by the riverside without masks, standing in densely packed crowds.