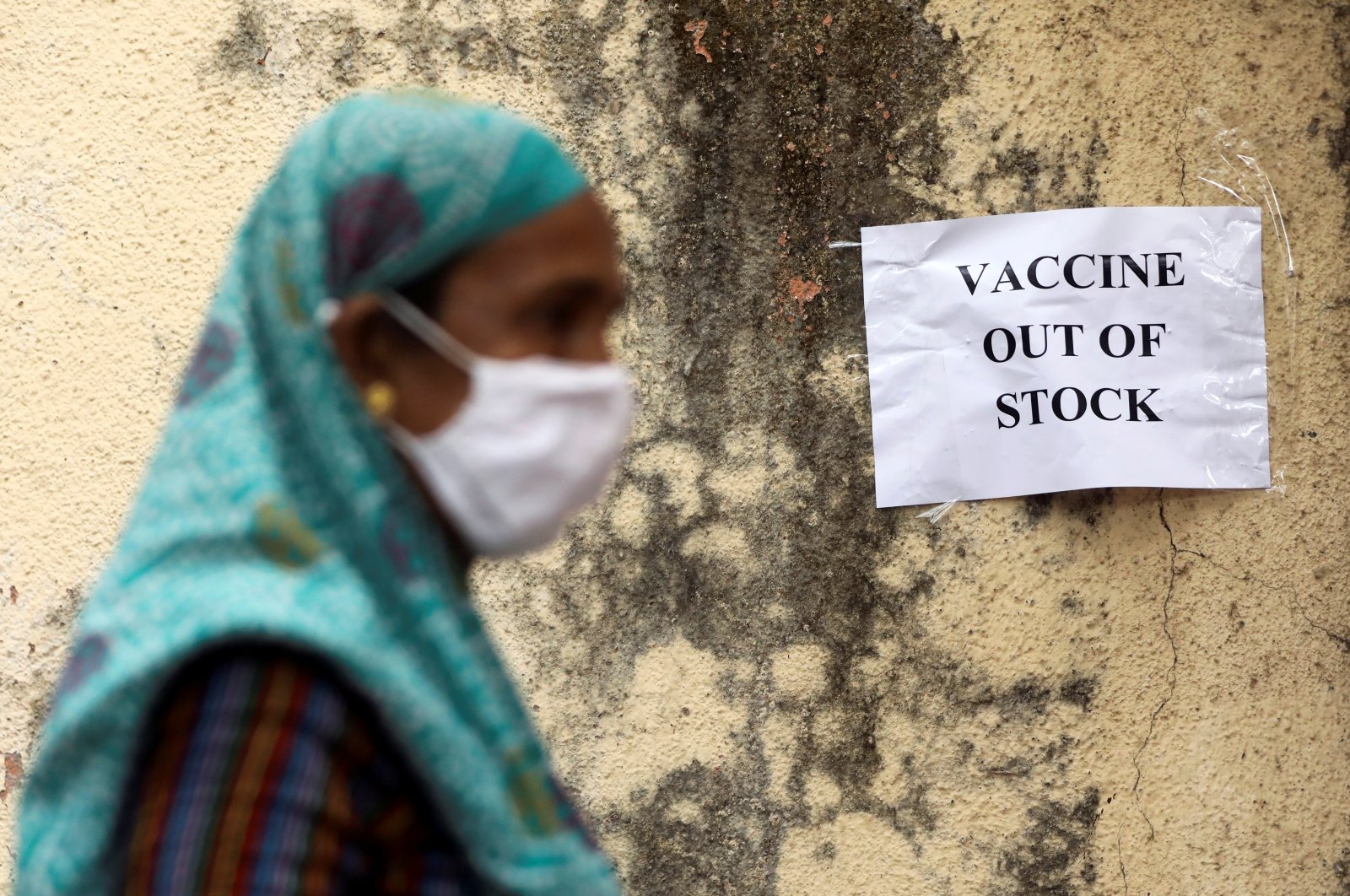 India's record new wave of COVID-19 cases continued to surge on Thursday as the country reported 126,789 new cases, overtaking Wednesday's nearly 120,000 reports, while vaccine shortages across its states pushed the Asian nation into even more chaos.

Daily infections surpassed 100,000 for the first time on Monday and have now exceeded that mark three times, becoming the biggest daily rises in the world.

The spike, much faster than last year's first wave, has caught authorities by surprise. The government blames the resurgence mainly on crowding and a reluctance to wear masks as shops and offices have reopened.

New Zealand on Thursday suspended entry for all travelers from India, including its own citizens, for about two weeks.

With 12.9 million cases, India is the third-worst affected country, trailing the United States and Brazil. Deaths rose by 685, the most in five days, to 166,862, data from the health ministry showed.

Vaccine centers in several states, including hardest-hit Maharashtra, have been shutting early and turning people away as supplies run out. Odisha state said it had closed half its vaccination sites, reported Reuters.

The federal government denied there was any shortage for the prioritized group of recipients, those aged above 45 years and frontline workers, accusing states of spreading panic.

Health care workers outside a government hospital in Mumbai city, India's financial capital, were seen turning people away, asking them to call a helpline number set up by the municipal authorities.

"We don't know when the vaccine will be back in stock. It could be available later today or maybe tomorrow," one of them said.

Notices saying "vaccine out of stock" were plastered outside a center in a neighboring suburb, along with helpline numbers.

In two other districts in Maharashtra, local officials said inoculation efforts had been stopped and centers were closed.

In India's far off Andaman Islands, authorities said they would conduct random testing at the airport in the capital Port Blair, due to a sudden surge in cases and complaints over passengers carrying fake test reports.

Opposition parties have blamed the Modi government for exporting tens of millions of vaccine doses while itself covering only a fraction of India's 1.35 billion people. India is the world's biggest vaccine maker.

"Why was there no strategy or planning put into the logistics of the vaccine programme?" the main opposition Congress party said on Twitter. "Why is there both extremely high wastage & an acute shortage of vaccines?"

The Serum Institute of India, which has supplied about 90% of the 88 million vaccine doses administered in the country, has sought a federal grant of 30 billion rupees ($400 million) to increase its capacity to make the AstraZeneca shot.

India is also using a homegrown vaccine developed by a government institute and Bharat Biotech, which is struggling to boost its output.

Some of the big states, including Maharashtra, have imposed stricter curbs including night curfews and shut down malls, restaurants and places of worship. The federal government has refused to impose another national lockdown.