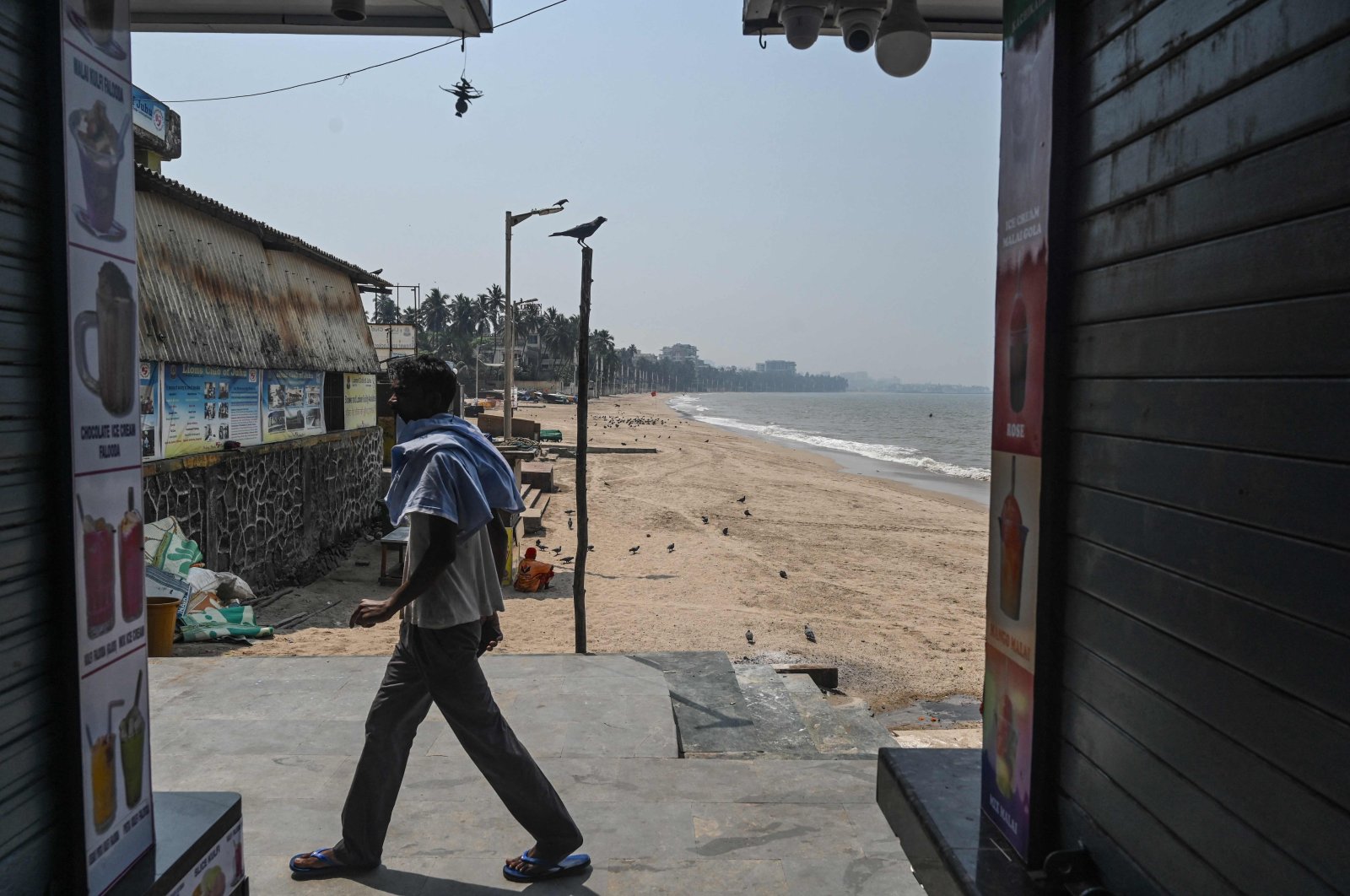 As a second wave of COVID-19 cases sweeps India, some poor city workers are shunning vaccination because they fear losing a day's pay to receive the jab or possible side effects that could force them to skip work for longer.

Authorities are scrambling to open vaccination centers in the slums, but uptake has been slower than expected – exposing deep inequalities in health care access and high rates of vaccine hesitancy, campaigners said.

Lakshmi, a domestic worker, said she and her security guard husband had decided not to take their elderly parents to have their vaccine shots because they could not afford to take time off work to escort them and care for them afterward if needed.

"I have no idea about where and how to get the vaccine in any case," said Lakshmi, 40, who lives in the Ranganatha Puram area of the southern port city of Chennai.

"All I know is many people on my street have said no to the vaccine. And a few who have had muscle ache, fever and couldn't go to work," she said, asking not to give her full name.

At 47, Lakshmi's husband is eligible for the vaccine, but like her, he is reluctant to take it.

Such views are common in city slums across the country of 1.3 billion people, which has reported the third-highest number of coronavirus cases after the United States and Brazil.

As infections and deaths spike once again, rights campaigners said there was "COVID-19 fatigue" among poor Indian workers and urgency to return to work after lockdown curbs decimated their earnings last year.

"The fear of losing even a day's salary is very real for many people who have to pay back huge debts accumulated during the lockdown," said Josephine Valarmathi, Tamil Nadu state coordinator of the nonprofit National Domestic Workers' Movement.

Others are misinformed about the possible side effects of vaccination, she said.

"Those with co-morbidities like thyroid or hypertension are worried. There has been no big attempt to allay these fears."

India reported Monday its biggest single-day increase in coronavirus cases since October, taking the tally to more than 12 million. A total of 68,020 new infections were reported in the last 24 hours, the health ministry said.

Such numbers spurred the government to put a temporary hold on exports of the AstraZeneca vaccine produced in India.

Anyone aged over 45 is now eligible to be vaccinated in India, but obtaining a vaccine shot is a low priority for many working-class families.

In a poor neighborhood in Bengaluru's Yashwantpura locality, Sima Sikligar said her family had decided against immunization.

"We're scared of getting injections and will not be able to afford any additional medical cost if it arises," the teenager, who said her father worked selling knives, said by phone.

"My father can't afford even a day off from work because we are surviving on his meager earnings. Instead, we pray for our health every day."

There have been vaccine information campaigns in private hospitals and city apartment blocks, but there has been a shortage of such initiatives in the shanties – highlighting long-standing health inequalities – charities and advocates said.

"Biases and problems with the functioning of urban health centers even prior to COVID-19 have become hindrances now," said Vanessa Peter, founder of charity Information and Resource Center for Deprived Urban Communities.

"We have often had slum dwellers telling us that doctors don't touch them during checkups, and no one is willing to answer any questions. They are already unequal in the health system and the COVID-19 vaccination drive is no different."

Health authorities across the vast country have said they are ramping up facilities to ensure an uptick in the number of people queuing up for vaccine shots.

In the city of Bengaluru, health workers have been asked to mobilize 1.5 million slum dwellers to register for vaccination.

Mumbai's civic body opened a vaccination center last week in Dharavi, one of Asia's largest slums, but according to local media reports, only 64 people were vaccinated on the first day against a target of 1,000.

"Unlike then, there is no talk of the disease anymore," she told the Thomson Reuters Foundation, in her office in the city's Chetpet locality.

"Now there is no visible outreach here, no loudspeaker announcements or posters. But everyone is glued to social media, believing the constant barrage of messages on their phone."

Doctor V. Raghunathan, medical officer of the Chetpet urban public health center, said battling misconceptions about vaccination had been one of his biggest challenges.

"The uptake was slow in the first few weeks but has picked up now," he said, adding that the numbers were up from 20-odd to more than 100 a day.

"In the next three weeks, we expect to cover a larger section of the population. We are trying to dispel all fears."

But many remain unconvinced.

Revathy Jayakumar, 26, said she would stick to home remedies if either of her parents – both in their 50s – felt unwell.

"We don't trust the vaccine," said Jayakumar, who has just completed a post-graduate degree and is working on a water awareness project in a Chennai slum.

"High blood pressure, diabetes are very common chronic diseases in our localities and we're worried that the vaccine will aggravate these problems ... This is not for my family."