Isolation grows by day in Myanmar after military coup 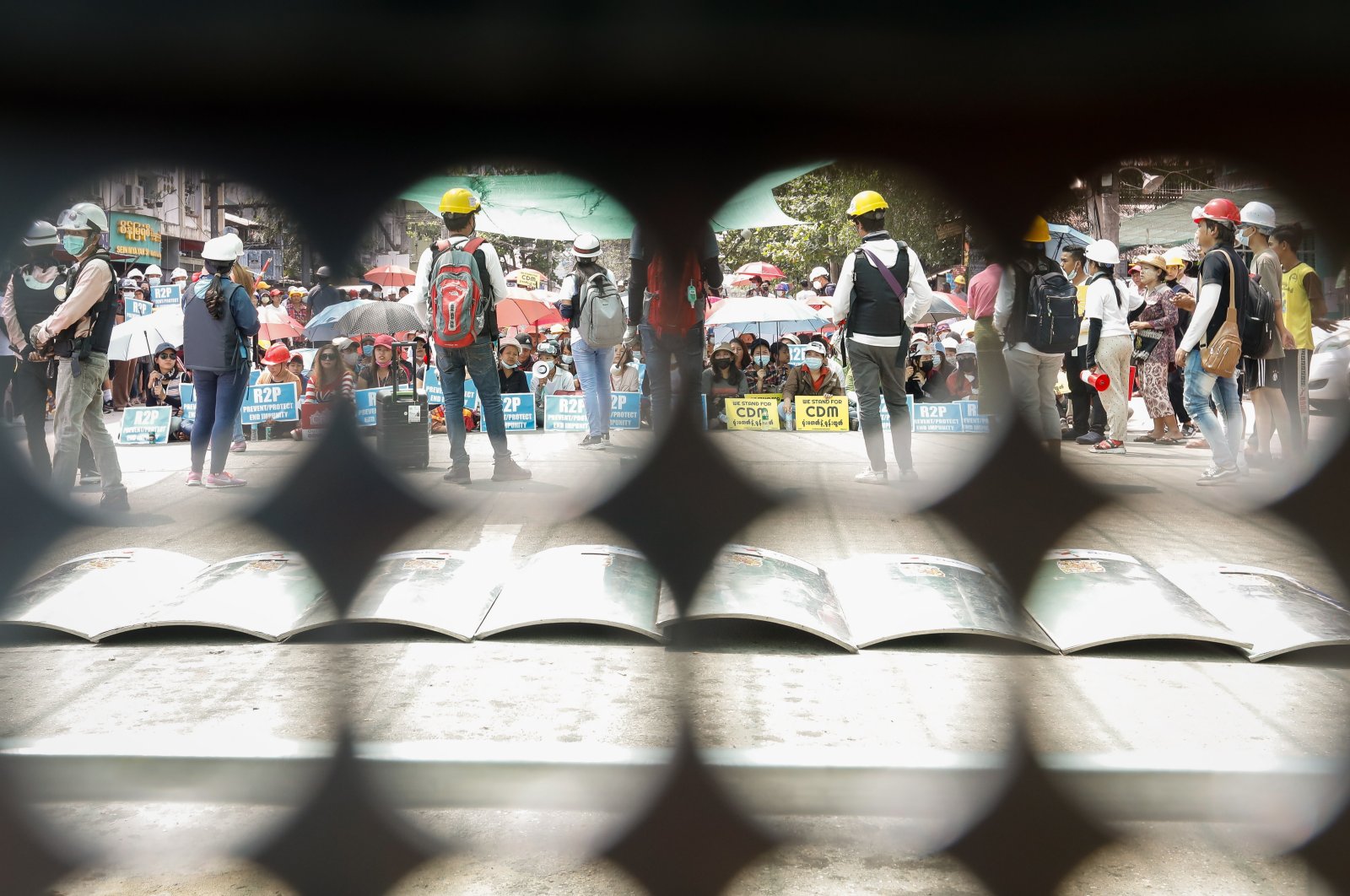 Myanmar's last private newspaper ceased publication on Thursday at a time that internet services in the country are being increasingly limited. The country is now facing growing isolation as the military builds its case against ousted elected leader Aung San Suu Kyi.

Nobel peace laureate Suu Kyi was overthrown and detained in a Feb. 1 military coup, triggering mass protests across the country that security forces have struggled to suppress with increasingly violent methods.

The total documented number of people killed in the unrest stood at 217 but the actual toll was probably much higher, the Assistance Association for Political Prisoners activist group said.

Western countries have condemned the coup and called for an end to the violence and for the release of Suu Kyi and others. Asian neighbors have offered to help find a solution, but the military has a long record of shunning outside pressure.

Large parts of an economy already reeling from the novel coronavirus have been paralyzed by the protests and a parallel civil disobedience campaign of strikes against military rule, while many foreign investors are reassessing plans.

The U.N. food agency warned this week that rising prices of food and fuel could undermine the ability of poor families to feed themselves.

"Whatever happens in Myanmar over coming months, the economy will collapse, leaving tens of millions in dire straits and needing urgent protection," historian and author Thant Myint-U said on Twitter.

While the security forces have focused on stamping out dissent in Yangon and other cities, small demonstrations have erupted elsewhere day after day.

Several thousand people marched in the small town of Natmauk on Thursday, the Democratic Voice of Burma reported. The central town is the birthplace of Aung San, the leader of Myanmar's drive for independence from colonial power Britain, and Suu Kyi's father.

About 1,000 protesters on motorbikes drove around the central town of Taungoo and hundreds marched in the northern jade-mining town of Hpakant, the Irrawaddy news service reported.

There were no reports of violence.

A 24-year-old campaigner against military rule died on Wednesday, three days after he was detained and beaten in the central town of Monywa, the Irrawaddy and Myanmar Now news portal reported.

The U.N. human rights office in Geneva said this week "deeply distressing" reports of torture in custody had emerged in Myanmar.

A junta spokesperson did not answer telephone calls seeking comment.

Authorities have restricted the internet services protesters use to organize, with access to Wi-Fi in public areas largely shut off by Thursday. Residents of some towns, including Dawei in the south, reported no internet at all.

The private Tachilek News Agency in the northeast published photographs of workers cutting cables it said were the fibre links with neighboring Thailand.

Reuters could not verify the report.

Information within Myanmar is becoming increasingly difficult to verify.

Some 37 journalists have been arrested, including 19 who remain in detention, the U.N. human rights office said.

While authorities have ordered some newspapers shut, others have apparently been forced to close for logistical reasons and the last private newspaper stopped publishing as of Wednesday.

State-run media have not been affected.

State television said on Wednesday that Suu Kyi was being investigated for bribery in connection with accepting four payments worth $550,000 from a prominent businessperson.

Property developer Maung Weik, in comments broadcast in a state television news bulletin, said he had given Suu Kyi four payments, ranging from $50,000 to $250,000 from 2018 to 2020, when she headed the first civilian-led government in decades.

"According to the testimony of U Maung Weik...Aung San Suu Kyi is guilty of bribery and the anti-corruption commission is investigating to take action under anti-corruption laws," it added.

Her lawyer dismissed that accusation as a joke. He was not immediately available for comment on Thursday.

Suu Kyi, 75, is hugely popular for her campaign against military rule since 1988, over which she has spent years in detention.

The army defended its coup, saying its accusations of fraud in a Nov. 8 election swept by Suu Kyi's party were rejected by the electoral commission.

It has promised a new election but not set a date.

Suu Kyi already faces various charges including illegally importing walkie-talkie radios and infringing coronavirus protocols. If convicted, she could be barred from politics.