Japan halts use of 1.63M Moderna COVID jabs over contamination 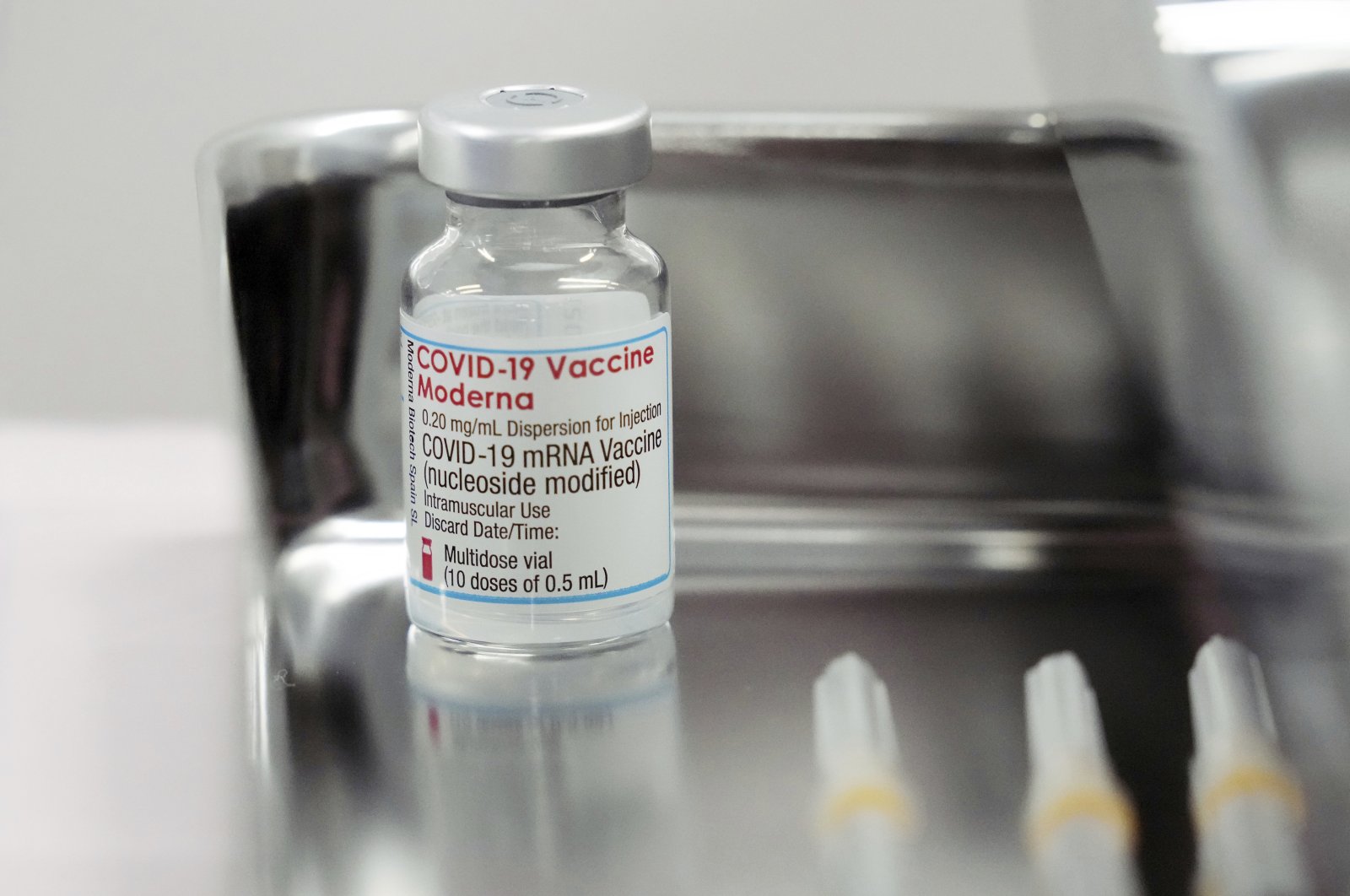 A Moderna COVID-19 vaccine vial is being administered for flight attendants of Japan Airlines at Haneda Airport in Tokyo, June 14, 2021. (AP Photo)
by French Press Agency - AFP Aug 26, 2021 9:04 am
RECOMMENDED

Japan stopped the use of 1.63 million doses of Moderna's COVID-19 vaccine after reports of contamination in several vials, drugmaker Takeda and the health ministry said Thursday.

Takeda, which is in charge of sales and distribution of the Moderna shot in Japan, said it had "received reports from several vaccination centers that foreign substances have been found inside unopened vials."

"Upon consultation with the health ministry, we have decided to suspend the use of the vaccine" from three whole batches from Thursday, it added.

The firm said it had informed Moderna and "requested an urgent investigation." Moderna did not immediately respond to a request for comment.

Takeda did not detail the nature of the contamination but said it had not so far received any reports of health concerns arising from affected doses.

Contaminants were seen inside vials from one of the three batches, but officials suspended the use of vials from the two others as a precaution, said top government spokesperson Katsunobu Kato.

"We have not received reports of health problems stemming from the foreign object," he told reporters.

"But we are asking people to consult their physicians if they experience any abnormality."

Japanese media said the three batches were all produced in Spain at the same time.

Contaminants were seen in 39 unopened vials at eight vaccination locations in central Japan, including Tokyo, according to national broadcaster NHK.

The defense ministry said doses from a suspended batch had been administered between August 6-20 at its mass vaccination center in the western city of Osaka.

However, staff visually check vials for contaminants before injecting the formula, the ministry said, adding that its Tokyo vaccination center was not affected.

Kato said there had been no "concrete reports" that doses confirmed to contain contaminants had been administered.

The health ministry said it would work with Takeda to secure alternative doses to avoid disruption to the country's vaccine program, which has ramped up after a slow start.

Around 43% of Japan's population has been fully vaccinated, as the country battles a record surge of virus cases driven by the more contagious delta variant.

Around 15,500 people have died from COVID-19 in the country during the pandemic, and large parts of Japan are under virus restrictions.