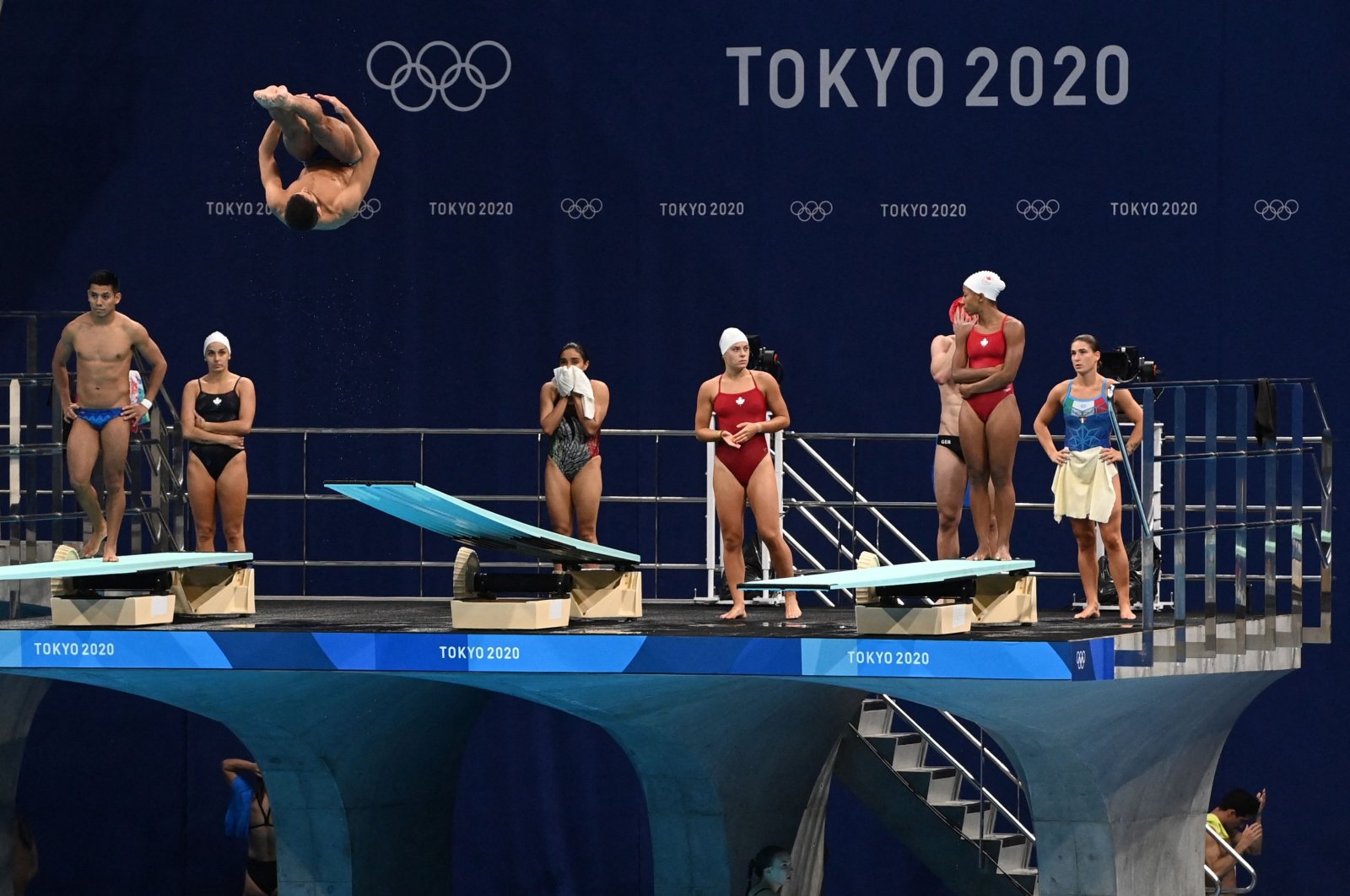 As virus cases surge in Tokyo, Japan's Prime Minister Yoshihide Suga denied he was pressured by the International Olympic Committee into holding the games, which are becoming increasingly unpopular due to the coronavirus threat.

And with just days until the opening ceremony, the Japanese leader said Tokyo was "in the right place, and we're ready to go."

In an interview with the Wall Street Journal, the 72-year-old insisted he was "absolutely not" pushed into going ahead with the Tokyo Games.

"We raised our hands and we sought the Olympics because we wanted to do it," he said in the interview published Wednesday.

"If they tried to force something on me, I'd kick it right back at them."

The Japanese capital, with some 14 million residents, has seen around 1,000 daily infections in recent days, far fewer than many major cities of a similar size.

On Wednesday, the Japanese capital recorded 1,832 daily cases, the highest figure since January, with medical experts pleading with the public to stay home, watch the Olympics on TV and avoid physical contact with others.

Suga told the Journal he had defied repeated counsel to cancel the event.

"The simplest thing and the easiest thing is to quit," he said.

But "the government's job is to tackle challenges."

They will be held mostly behind closed doors in an effort to reduce the risks of coronavirus spreading in the Japanese capital and other cities.

Suga stressed that infections in Tokyo remain relatively low and pointed to recent major sporting events, including Wimbledon and the Euro tournament, that took place before packed fans without masks despite tens of thousands of new daily infections.

"If you compare our number of infections to countries abroad, we have fewer by a whole order of magnitude," he said.

"We've got vaccinations advancing, we're taking tough steps to prevent infections, and so my judgment is we're in the right place and we're ready to go."

Suga's government and Olympic organizers have faced public criticism for their insistence on hosting the event.

Approval ratings for Suga's government have dropped to just above 30%, and he faces a leadership race and general election after the games.