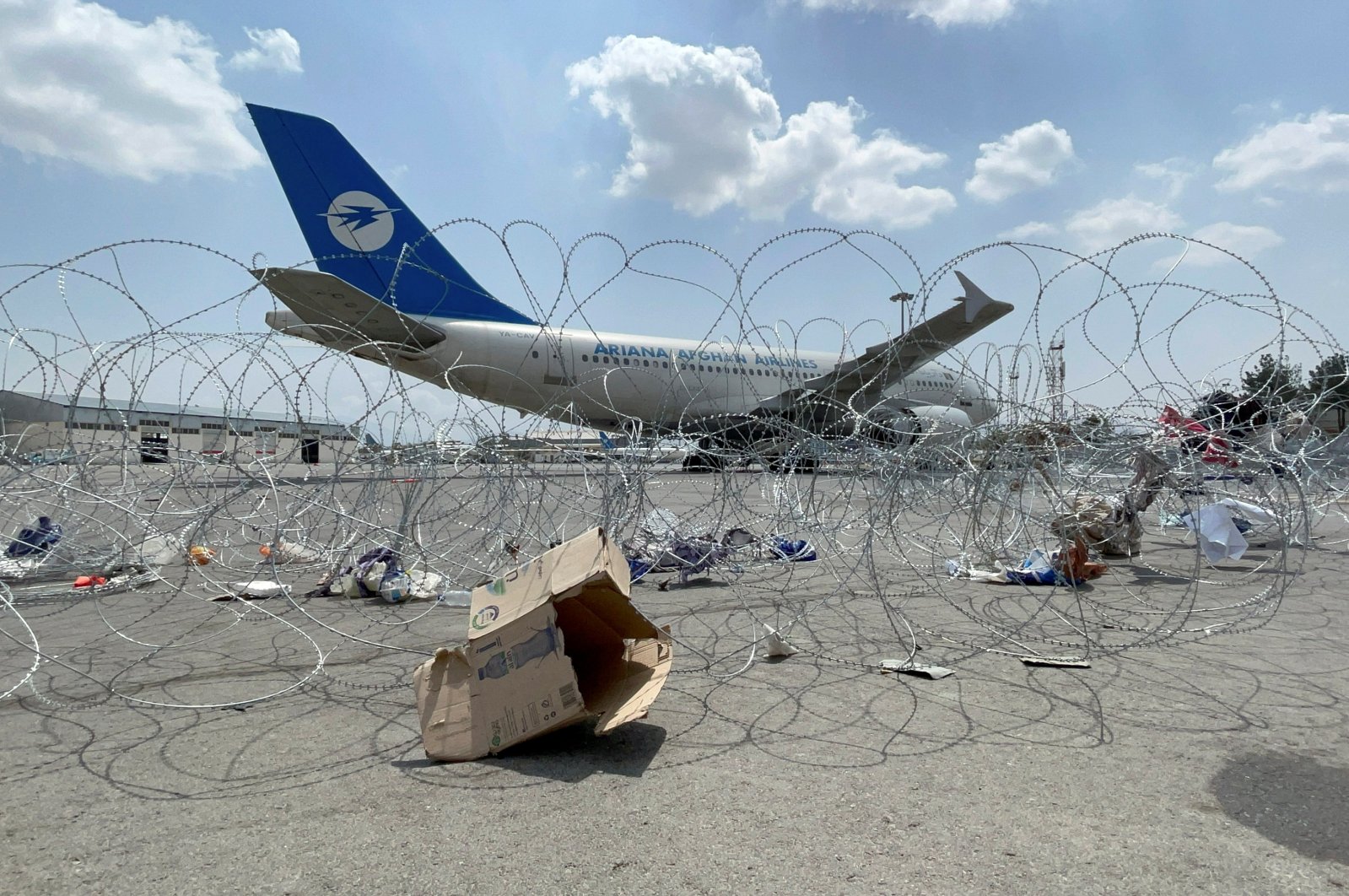 A commercial airplane is seen at the Hamid Karzai International Airport a day after U.S troops withdrew, in Kabul, Afghanistan Aug. 31, 2021. (Reuters Photo)
by DAILY SABAH Sep 01, 2021 10:36 am
RECOMMENDED

Once the epicenter of the Afghanistan crisis after the Taliban's blitz takeover of the country, Kabul and its Hamid Karzai International Airport appeared silent and calm on Wednesday.

Orhan Sali's reporting for A News from Kabul showed the aftermath of the United States' withdrawal from Afghanistan's capital and its international airport.

The reporter filmed the now-calm terminal with two commercial planes. Another video report from the area showed the building with the main terminal, which had been inaccessible over the last few days as American soldiers had been using the space to keep watch, now completely silent.

Inside, the search and security devices are out of order, said Al-Jazeera’s Suhaib al-Assa, adding that the "terminal is totally empty" and all the "displays and screens are smashed and dropped to the ground."

"The stairs to the upper level is blocked and it seems it was done on purpose however, the entire upper level is also empty as you can see," al-Assa said. From the roof terminal, he pointed to the same two planes asserting that they belong to Afghan airlines.

Thousands of people who were trying to escape the country in fear the Taliban would reprise their harsh style of rule left everything behind. Sali showed an armored vehicle with bulleted windows and weapons that the U.S. put in the militants' hands during their chaotic evacuation. He pointed to the barbed wires and the area where desperate Afghans had been clinging to the airplane wheel before subsequently falling off in an attempt to flee the country.

As fears over new terrorist attacks were mounting in Afghanistan after a Daesh-affiliated suicide bomber killed over 169 people, including 13 U.S. soldiers, the situation in the area has remained calm. There have been no attacks in the last 24 hours, following the complete U.S. withdrawal. Hundreds of vehicles were abandoned at the airport.

Currently, the land border gates are open and it is possible to cross from Afghanistan to Pakistan, Sali said, noting that the damage the U.S. left in its wake was clearly visible.