Less than 24 hours of oxygen left for lost Indonesian submarine 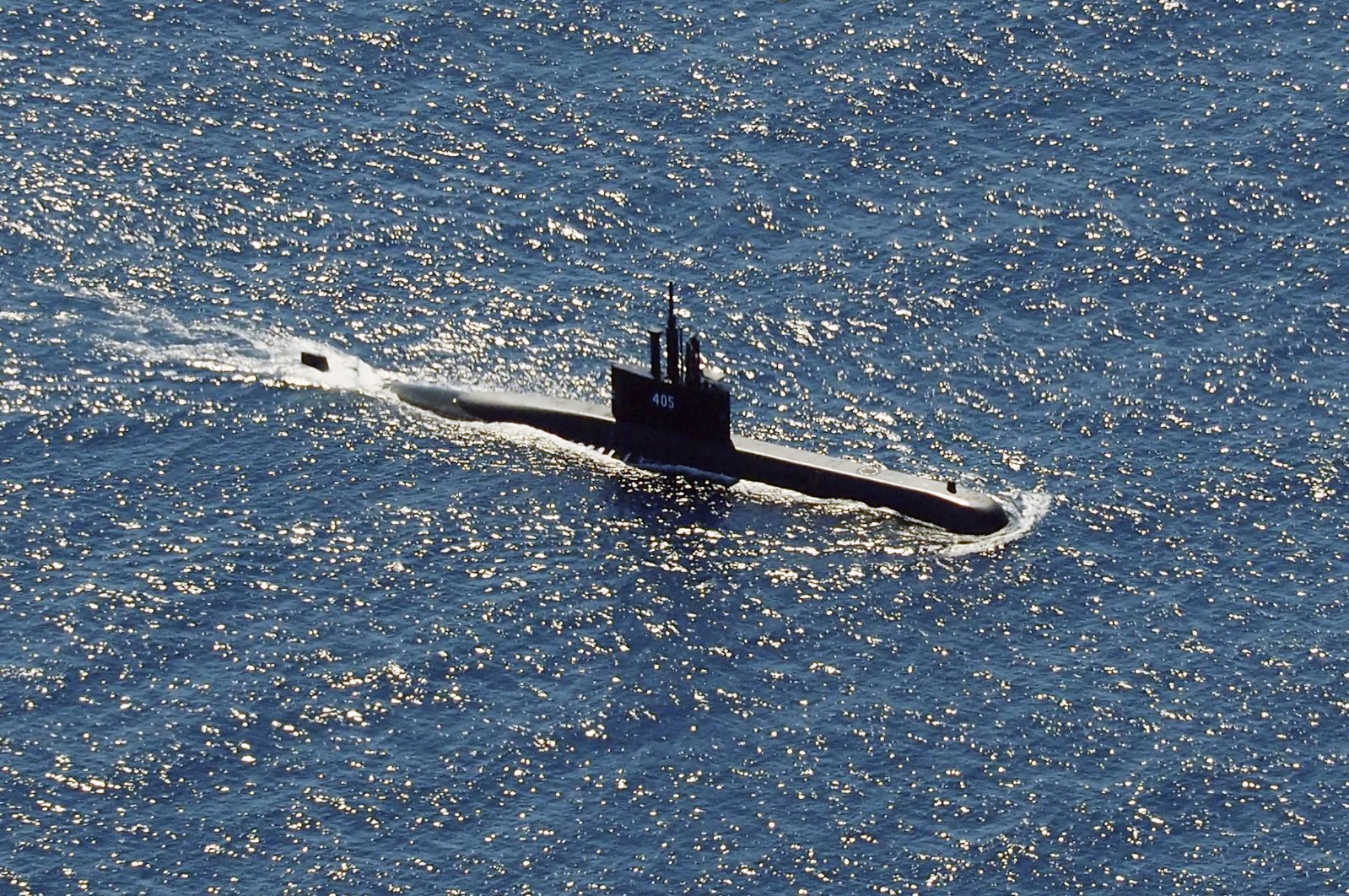 The Indonesian Navy submarine KRI Alugoro sails during a search for KRI Nanggala, another submarine that went missing while participating in a training exercise on Wednesday, in the waters off Bali Island, Indonesia, April 22, 2021. (AP Photo)
by REUTERS Apr 23, 2021 11:40 am
RECOMMENDED

Indonesian navy ships alongside rescue teams from several countries were searching Friday for a missing submarine that disappeared two days ago, as they battle with time. The submarine, which has a crew of 53, is expected to run out of oxygen within a day.

Search helicopters and more navy ships left Bali and a naval base in Java at first light heading to the area where contact was lost with the 44-year-old KRI Nanggala-402 Wednesday as it prepared to conduct a torpedo drill.

"The main priority is the safety of the 53 crew members," President Joko Widodo said late Thursday.

Indonesia's navy said it was investigating whether the submarine lost power during a dive and could not carry out emergency procedures as it descended to a depth of 600-700 meters (1,968-2,300 feet), well beyond its survivable limits.

An object with "high magnetic force" had been spotted "floating" at a depth of 50-100 meters, Indonesian Navy Chief of Staff Yudo Margono said, and an aerial search had earlier spotted an oil spill near the submarine's last location. If the submarine was still intact, officials said it would only have enough air to last about another 15 hours until early Saturday morning.

The diesel-electric powered submarine could withstand a depth of up to 500 meters but anything more could be fatal, Navy spokesperson Julius Widjojono said. The Bali Sea can reach depths of more than 1,500 meters.

One of the people on board is the commander of the Indonesian submarine fleet, Harry Setiawan. An Indonesian defense expert said the crew could still be found alive.

"But if the submarine is in a 700-meter sea trough, it will be difficult for them to survive because underwater pressure will cause cracks and ruptures of the steel hull," Connie Rahakundini Bakrie said.

The submarine joined the Indonesian fleet in 1981, according to the defense ministry, and underwent a refit in South Korea completed in 2012. It was said to be in good condition. "I hope that they will be found alive," said Berda Asmara, the wife of crew member Guntur Ari Prasetyo, 39, who has sailed on the Nanggala for 10 years.

"We had a video call. He told me that he would go sailing and asked me to pray for him," she said of the last time they spoke. Australia, India, Malaysia, Singapore and the United States have sent specialized ships or aircraft in response to Indonesian requests for assistance.

The U.S. Defense Department is sending "airborne assets" to assist in the submarine search, a Pentagon spokesperson said.

It has been seeking to modernize its defense capabilities but some of its equipment is old and there have been fatal accidents in recent years.