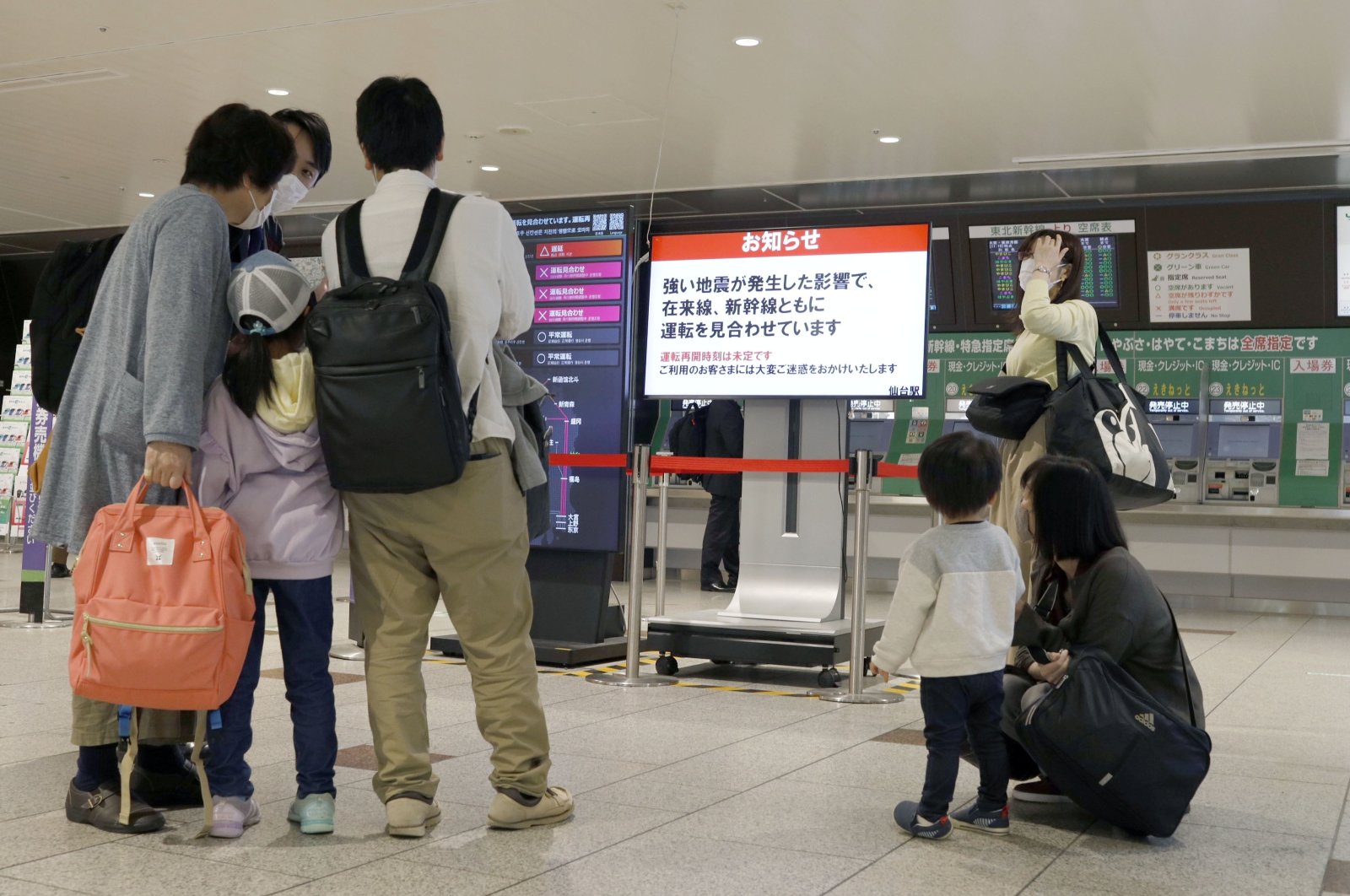 People gather around a ticket gate as train services are suspended following an earthquake in Sendai, Miyagi prefecture, Japan, May 1, 2021. (Kyodo via Reuters)
by French Press Agency - AFP May 01, 2021 9:07 am
RECOMMENDED

Japan's northeastern coast was hit by a magnitude 6.8 earthquake Saturday, authorities said, but no tsunami warning was issued and there were no immediate reports of damage.

The United States Geological Survey (USGS) said the midmorning quake hit at a depth of 47 kilometers (29 miles) in the Pacific, off Ishinomaki in Miyagi prefecture – near the epicenter of a huge 2011 quake which triggered a towering tsunami, killing more than 18,000 people.

Japan's meteorological agency said there was no tsunami risk following Saturday's jolt, which produced strong shaking along parts of the eastern coast and was also felt in Tokyo.

"We are still collecting information but have not received any reports of injuries or damage," local government spokesperson Tomoki Sawata told Agence France-Presse (AFP), calling the quake "fairly strong."

Fukushima nuclear plant operator TEPCO said the facility, which melted down in the wake of the 2011 tsunami, did not show any abnormalities after the latest jolt.

Japan sits on the Pacific "Ring of Fire," an arc of intense seismic activity that stretches through Southeast Asia and across the Pacific basin.

In March, a strong magnitude 7.2 earthquake struck off the northeastern coast. Japan's authorities issued a tsunami advisory but there was no damage on the coastline.

The region was also shaken by another strong quake in February that injured dozens. Meteorologists said it was an aftershock of the 2011 quake.