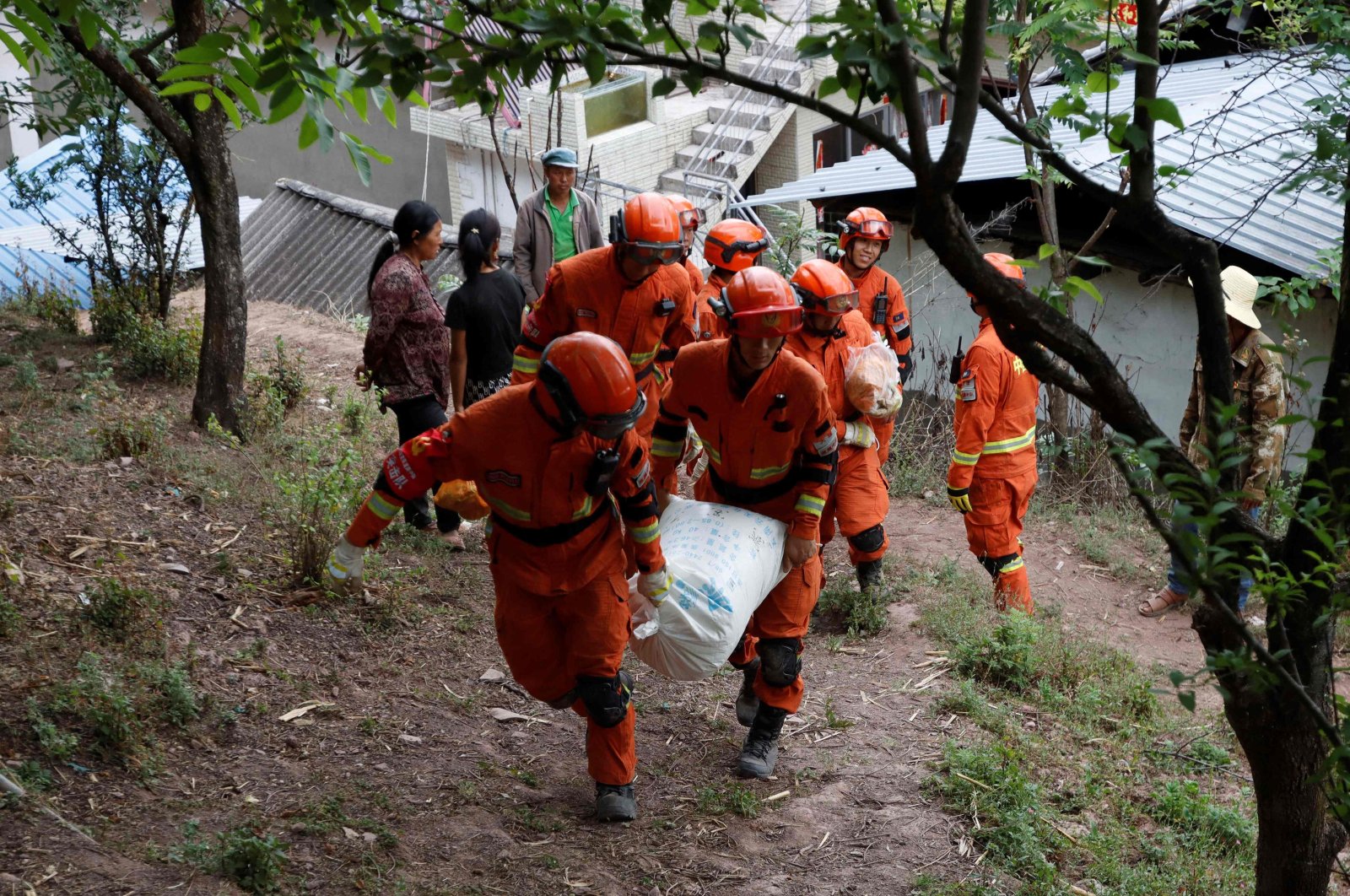 Firefighters carry supplies for people displaced by an overnight earthquake in Yangbi County, Dali Prefecture in China's southwest Yunnan province on May 22, 2021. (STR / AFP Photo)
by Agencies May 21, 2021 9:43 pm
RECOMMENDED

The epicenter of the quake in Qinghai, which struck at 2:04 a.m. Saturday (6:04 p.m. GMT Friday) at a relatively shallow depth of 10 kilometers (6 miles), was located about 400 kilometers southwest of the city of Xining, U.S. seismologists said.

The U.S. Geological Survey said the epicenter of that quake – which hit at 9:48 p.m. (1:48 p.m. GMT) at a relatively shallow depth of 10 kilometers – was near the city of Dali, a popular tourist destination.

The initial magnitude of 6.0 was revised upwards.

Two people were confirmed dead after the earthquake in the mountainous province, local officials said in a statement in the early hours of Saturday, adding that at least 17 others had been injured and were receiving treatment.

More than 20,000 people have been evacuated, the Yunnan government said.

More than 100,000 people live in the area, the vast majority of them in rural communities.

Local media published videos showing ceiling lamps swinging and vases falling off shelves, as well as groups of people who had run outdoors after the quake.

The provincial government said some buildings had collapsed and others had been damaged, and that the "disaster situation was undergoing further verification."

The China Earthquake Networks Center (CENC) warned people to "stay away from buildings" in a post on the Twitter-like Weibo platform.

The quake monitor said the earthquake followed a series of smaller quakes less than an hour before.

Yunnan is acutely vulnerable to earthquakes. The region sees frequent seismic activity from the collision of the Indian and Eurasian tectonic plates, which form the vast Himalayan mountain range.

In October 2014, hundreds of people were injured and more than 100,000 displaced after a shallow magnitude 6.0 tremor hit Yunnan, close to China's borders with Myanmar and Laos.

China is regularly hit by earthquakes, especially in its mountainous western and southwestern regions where Yunnan lies.