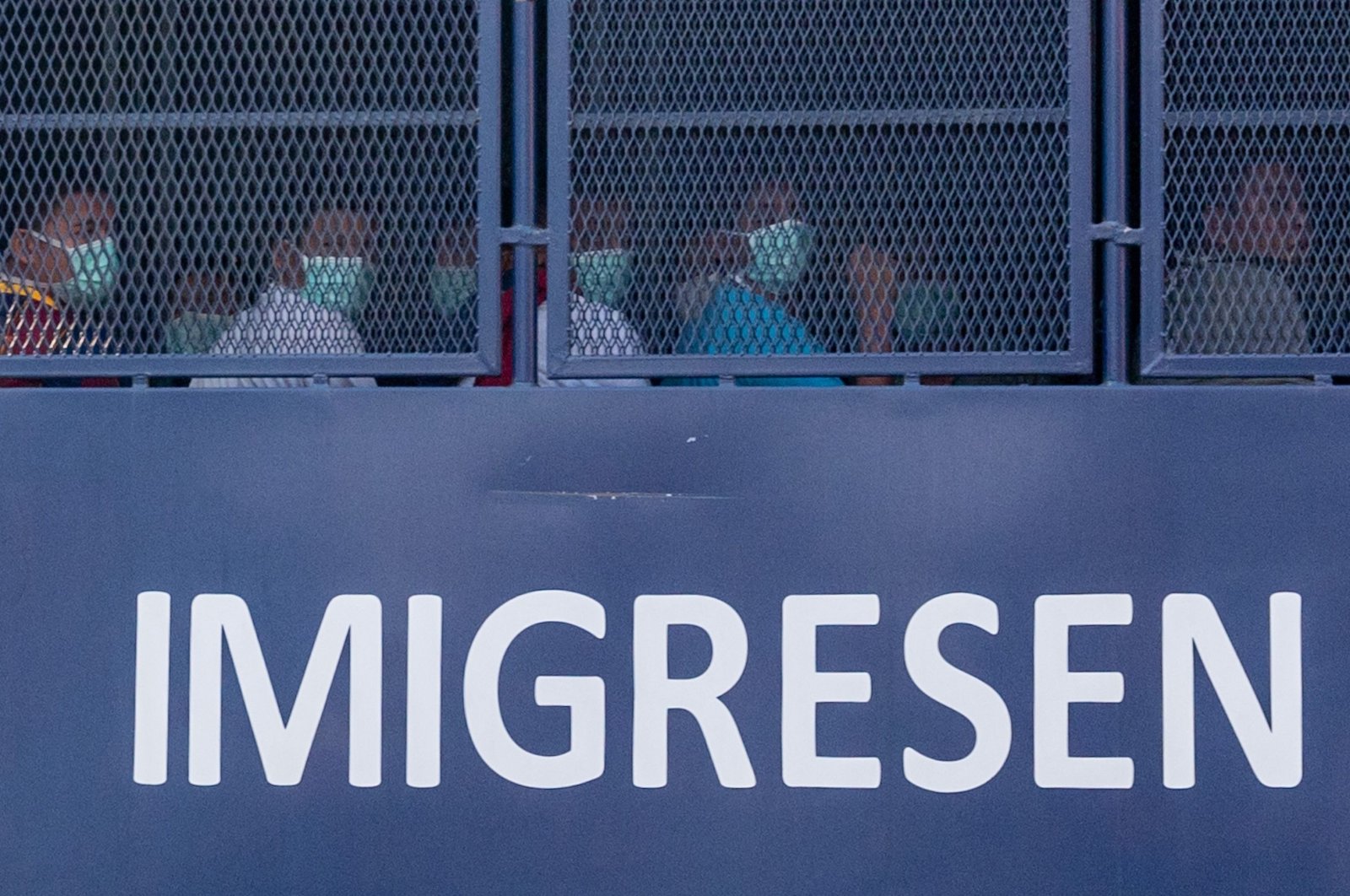 An immigration truck, believed to be carrying migrants from Myanmar back to their homeland from Malaysia, is seen heading towards the Naval base in Lumut, outside Kuala Lumpur, Feb. 23, 2021. (AFP Photo)
by French Press Agency - AFP Feb 23, 2021 3:26 pm
RECOMMENDED

Malaysia on Tuesday deported over 1,000 detainees from Myanmar back to their homeland just weeks after a coup, despite a court order halting the repatriation and a storm of criticism from rights groups.

The migrants were ferried on buses and trucks to a military base on Malaysia's west coast where three Myanmar navy ships had docked.

The United States and the United Nations had criticized the plan, while rights groups said there were asylum seekers among the group.

Hours before the deportation, a Kuala Lumpur court ordered it should be temporarily halted to allow activists to present a legal challenge.

They argued it should not go ahead as Malaysia would breach its international duties if it deported vulnerable people, and that the Myanmar military's seizure of power meant they were at even greater risk.

But the vessels later set sail carrying 1,086 of the detainees, with authorities offering no explanation as to why the court order had been ignored. Malaysian immigration chief Khairul Dzaimee Daud offered assurances that no members of the persecuted Rohingya minority – not recognized as citizens in Myanmar – or asylum seekers had been deported.

"All of those who have been deported agreed to return of their own free will, without being forced," he said. Those deported had been held in immigration detention centers since 2020, he said.

Authorities earlier said 1,200 detainees were to be deported, and it was not clear why the final number was lower.

Officials insist those sent back had committed offenses such as overstaying their visas and the deportation was part of their regular program of repatriating migrants from the poorer parts of Asia. About 37,000 foreigners were repatriated last year.

Malaysia is home to millions of migrants who work in low-paying jobs like construction. It is rare for rights groups to launch legal challenges against deportations but they were prompted to do so by concerns the migrants faced greater risks since the Myanmar military seized power and that some were asylum seekers.

Activists have been growing increasingly alarmed since authorities blocked the U.N. refugee agency from accessing immigration detention canters in Malaysia in 2019.

This means the U.N. cannot assess whether foreigners are economic migrants looking for work or asylum seekers fleeing persecution and conflict, who would usually be granted refugee status and the right to remain in Malaysia.

In the latest case, the detainees were believed to include members of the Christian Chin minority and people from conflict-riven Kachin and Shan states, according to Lilianne Fan, international director of the Geutanyoe Foundation, which works with refugees.

Since seizing power at the start of February, authorities in mostly Buddhist Myanmar have gradually ratcheted up their use of force, with three anti-coup protesters killed in demonstrations so far.

Malaysia initially expressed "serious concern" about the coup but just days later news emerged it had accepted an offer from the Myanmar junta to send warships to repatriate the detainees.