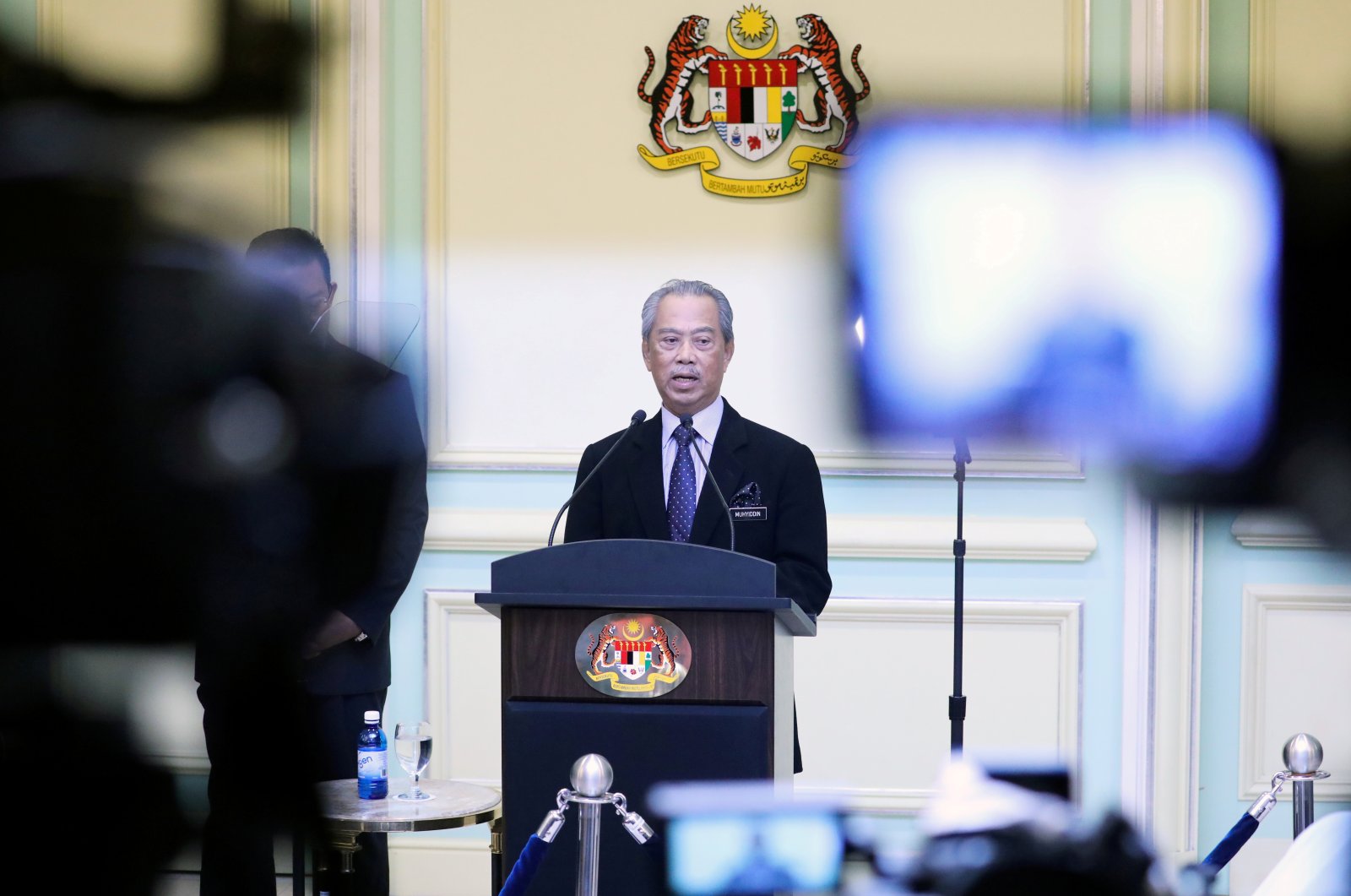 Malaysian Prime Minister Muhyiddin Yassin defied the calls to quit Wednesday amid mounting pressure, saying he retained majority support among lawmakers and that he will prove it when the Southeast Asian nation's parliament reconvenes next month.

Speaking during a televised address, Muhyiddin said King Al-Sultan Abdullah agreed that he should remain in power pending the confidence vote, even though some members of his coalition have withdrawn support.

Muhyiddin's hold on power has been precarious ever since he emerged as prime minister in March last year, but the influential monarch had hitherto helped him survive in order to avoid political chaos as Malaysia battled surging COVID-19 infections and an economic downturn from multiple lockdowns.

Pressure on him to quit erupted again last week, however, after the king issued a rare rebuke of a government move to revoke emergency laws without his approval, an act the palace said ran counter to the constitution.

The United Malays National Organisation (UMNO) party, the biggest bloc in Muhyiddin's ruling alliance, said Muhyiddin had lost legitimacy after the rebuke and that some of its lawmakers had written to the king withdrawing their support.

In a defiant address on national television, Muhyiddin – flanked by nine lawmakers, including the deputy prime minister and UMNO politician Ismail Sabri Yaakob – said there was no question of him resigning.

"I have informed the king that I have received a number of declarations from lawmakers that convinced me that I still have the confidence of the majority of lawmakers at this time," Muhyiddin said.

The UMNO party is split on its support for Muhyiddin, who has governed with a razor-thin majority and led an unstable ruling coalition since coming to power in March 2020.

After the unexpected resignation of former prime minister Mahathir Mohamad, Muhyiddin was picked by the king to form a government along with UMNO and other parties that had been defeated in a 2018 election.

But he has constantly been challenged by some UMNO lawmakers, who have balked at playing second fiddle to Muhyiddin's own political party despite being the biggest bloc in the alliance.

The Kuala Lumpur Stock Exchange fell 0.86% in Wednesday's morning session before Muhyiddin's address, partly due to the political uncertainty in the last few days.

In the latest crisis following the king's rebuke, some allies accused Muhyiddin of treason, while opposition lawmakers urged him to step down for disrespecting the king.

Multi-ethnic Malaysia is a constitutional monarchy and the king's role is rotated among the nine sultans – the traditional Malay rulers.