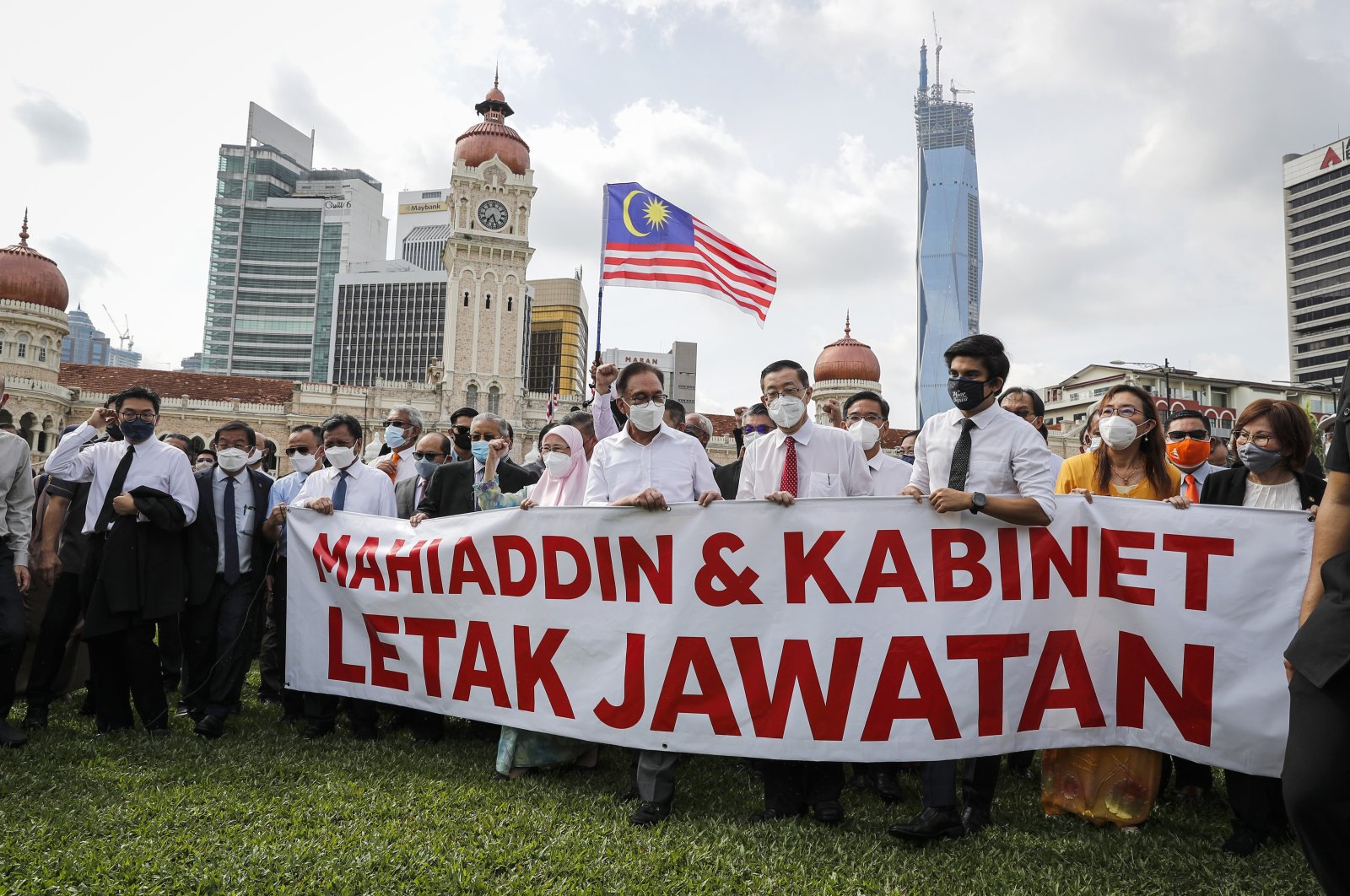 The biggest party in Malaysia's ruling alliance declared Tuesday that embattled Prime Minister Muhyiddin Yassin has lost the right to govern because a number of its lawmakers have signed declarations withdrawing their support.

The announcement by the United Malays National Organization (UMNO) was followed by the resignation of Energy and Natural Resources Minister Shamsul Anuar Nasarah, who is from the party.

Muhyiddin took power in March 2020 after initiating the collapse of the former reformist government that won 2018 elections. His party joined hands with UMNO and several others to form a new government but with a razor-thin majority.

UMNO, which has 38 lawmakers, earlier said it would pull its support for Muhyiddin, but some party lawmakers still back the prime minister. UMNO President Ahmad Zahid Hamidi declared Tuesday that Muhyiddin's government has fallen because enough of the party’s lawmakers have signed declarations withdrawing their support for it. He said at a news conference that the declarations were presented to the king to show Muhyiddin has lost majority support and the legitimacy to rule.

He didn't say how many party members signed the declarations, but there were at least 10 other UMNO lawmakers at the news conference.

Muhyiddin had only a two-seat majority last year, and Parliament hasn't been able to hold no-confidence votes since then. There was no immediate reaction from the king or Muhyiddin.

The opposition filed a new no-confidence motion against Muhyiddin last Thursday after the king rebuked the government for misleading Parliament on the status of ordinances issued during a coronavirus state of emergency.

The king chastised the government last week, saying he did not condone the annulment of the emergency ordinances and that they should be debated in Parliament, which could lead to a vote testing Muhyiddin’s majority. Muhyiddin responded that the king must act on the Cabinet’s advice and insisted his administration did not violate the constitution.

After the uproar, Muhyiddin shut down Parliament for two weeks, citing coronavirus cases. Critics slammed the move as an excuse to avoid a vote on his leadership.

Public anger against Muhyiddin has built as coronavirus cases have jumped eightfold despite the state of emergency. New infections breached 10,000 on July 13 for the first time and have stayed above that level since then, despite a lockdown that began June 1. Deaths have risen above 9,000, and only about 20% of the population has been fully vaccinated.