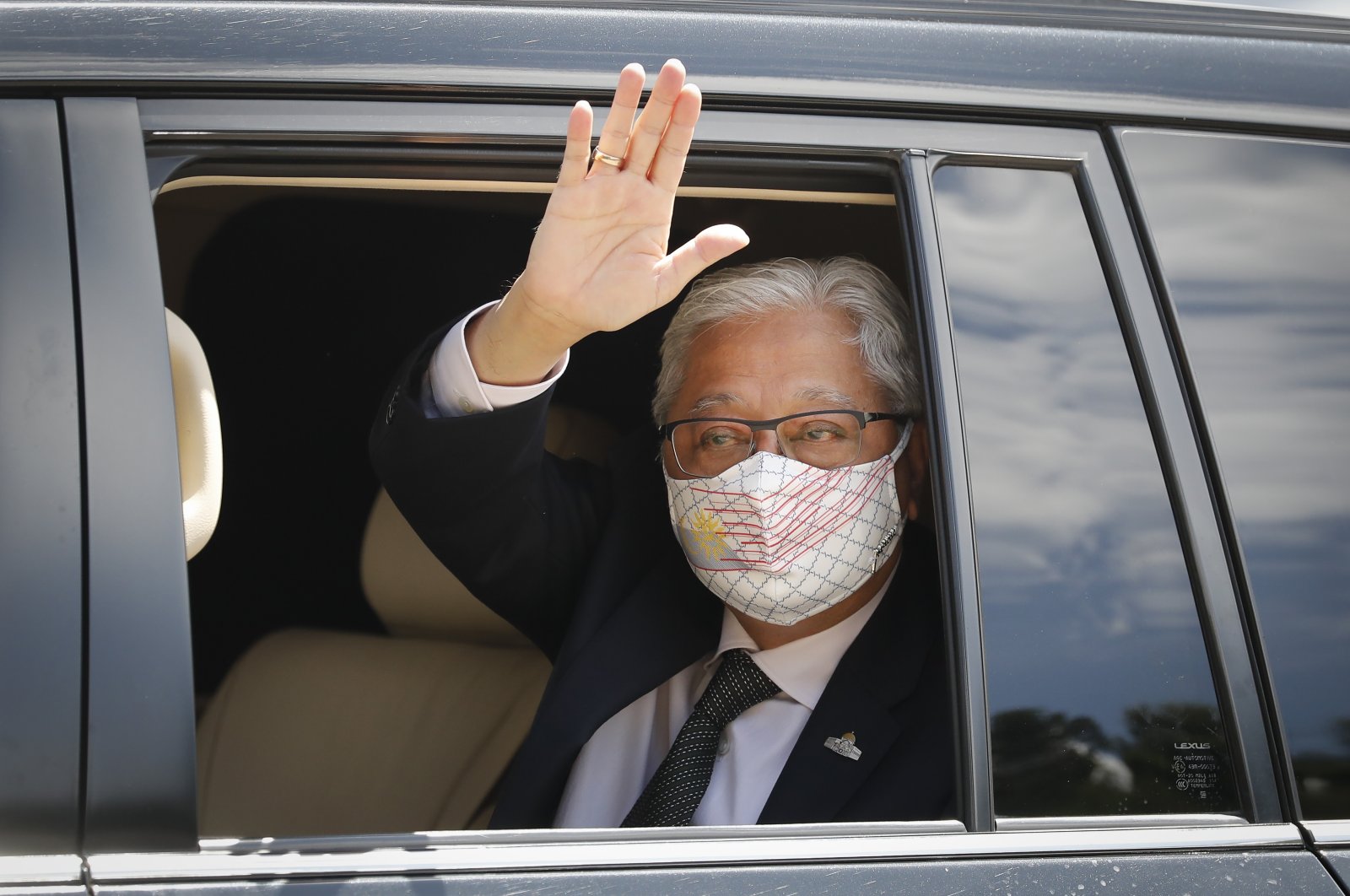 Former Deputy Prime Minister Ismail Sabri Yaakob waves to media as he leaves after a meeting with the king at national palace in Kuala Lumpur, Malaysia, Aug. 19, 2021. (AP Photo)
by ASSOCIATED PRESS Aug 20, 2021 10:45 am
RECOMMENDED

Malaysia’s longest-governing political party reclaimed the premiership it lost in a landmark election defeat three years ago, after the king on Friday named its candidate, Ismail Sabri Yaakob, as the country’s new leader.

Ismail was the deputy prime minister under the government of Muhyiddin Yassin, who resigned Monday after less than 18 months in office as infighting in his coalition cost him majority support.

Ismail's appointment essentially restores Muhyiddin’s alliance. It also brings back the rule of the United Malays National Organization (UMNO), which had led Malaysia since independence from Britain in 1957 but was ousted in the 2018 elections over a multibillion-dollar financial scandal.

King Sultan Abdullah Sultan Ahmad Shah said Ismail had secured the backing of 114 lawmakers to give him majority support. He said Ismail, 61, will be sworn in as Malaysia's ninth prime minister on Saturday.

The king met with the lawmakers who reportedly back Ismail on Thursday, and his meeting with nine other ethnic Malay state rulers Friday is expected to discuss the outcome.

The king’s role is largely ceremonial in Malaysia, but he appoints the person he believes has majority support in Parliament as prime minister and the state rulers can advise him on such appointments.

Angry Malaysians have launched an online petition to protest Ismail's candidacy, with more than 340,000 signatures collected so far. Many believe Ismail's appointment will only return the status quo, with its perceived failed response to a worsening pandemic.

Malaysia has one of the world’s highest infection rates and deaths per capita, despite a seven-month state of emergency and a lockdown since June. Daily new infections have more than doubled since June to hit a record 22,928 on Thursday, bringing the country's total to nearly 1.5 million cases. Deaths have surged to above 13,000.