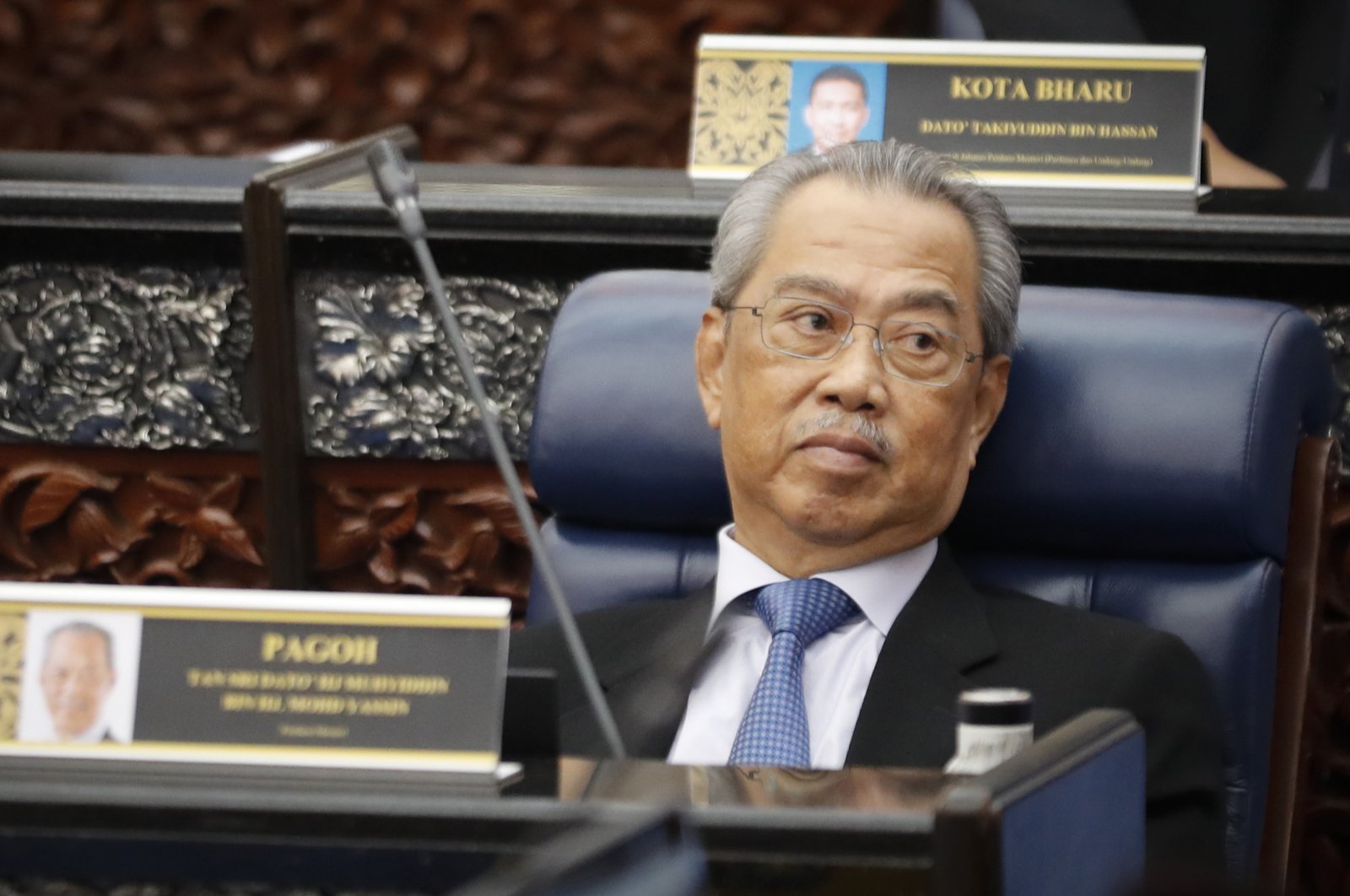 Malaysia's prime minister faced calls to resign from both sides of the political aisle Monday after the king rebuffed his proposal for a coronavirus emergency that critics saw as an undemocratic attempt to hold onto power.

Prime Minister Muhyiddin Yassin's proposal for the king to declare a state of emergency over a new COVID-19 outbreak would have suspended Parliament and let him dodge an imminent test of his support.

King Sultan Abdullah Sultan Ahmad Shan "is of the opinion that there is currently no need for His Majesty to declare a state of emergency in this country or any part of Malaysia," the palace said Sunday.

Malaysia's coronavirus cases doubled to more than 26,000 in just three weeks following a new outbreak, mainly in Sabah state on Borneo island, according to the data compiled by the Associated Press (AP).

Politicians from both sides of the divide as well as legal and medical experts have said an emergency declaration is unnecessary and there are sufficient laws to curb public movement and impose penalties to curb the virus. Some have warned that declaring an emergency could ruin the economy and plunge Malaysia into a dictatorship.

Emergency laws were last invoked nationally in 1969 during deadly racial riots. In the statement from the palace, the king said the government has handled the pandemic well and he believed Muhyiddin was capable of coping with the crisis, though he also called for a halt to "all politicking” that could disrupt the government’s stability. Hours later, Muhyiddin said the Cabinet noted the king's decision and will further discuss the decree. Local media said the Cabinet is expected to meet later Monday.

"The priority of the Cabinet and the government at this time is to protect citizens from the COVID-19 disease," he said in a brief statement. He also welcomed the king's advice to ensure his government's stability.

Muhyiddin took power in March but holds only a two-seat majority in Parliament. His emergency call came days after opposition leader Anwar Ibrahim met with the country's king last week and submitted documents proving his "strong and convincing" parliamentary support to form a government. According to Anwar over 120 lawmakers in the 222-strong Parliament supported the resignation of the current prime minister while the biggest party in the rulling coalition is angry about being sidelined in Muhyiddin's government.

He said it was now up to the king to decide on the next step. While the king plays a largely ceremonial role, he can appoint a prime minister who in his view is likely to command a majority. The king could also dissolve Parliament and trigger elections on the prime minister's advice.

A key test comes in early November when his government is due to seek approval for its 2021 budget in Parliament. If he is unable to pass the bill, pressure will build for him to resign or call new elections.

A state of emergency could allow him to approve the budget without a vote and consolidate support and he could govern through ordinances that could not be challenged in court.

"In whatever way you look at it, indications are that the PM has realized that he has effectively lost his majority," said Ahmad Fauzi Abdul Hamid, a political science professor at Malaysia's University of Science.

Calls for Muhyiddin to resign were being made on both sides. Puad Zarkashi, a senior official in the biggest Malay party in his ruling coalition, said the king thankfully wasn't influenced by the political game that could plunge the country into a deeper crisis. He wrote on Facebook that "Muhyiddin should step down."

Opposition lawmaker Wong Chen called for the premier to resign or fire ministers who proposed the emergency. Despite the king's rejection of the call for a state of emergency, his endorsement of Muhyiddin's government could offer a reprieve and help the premier get the budget bill passed.