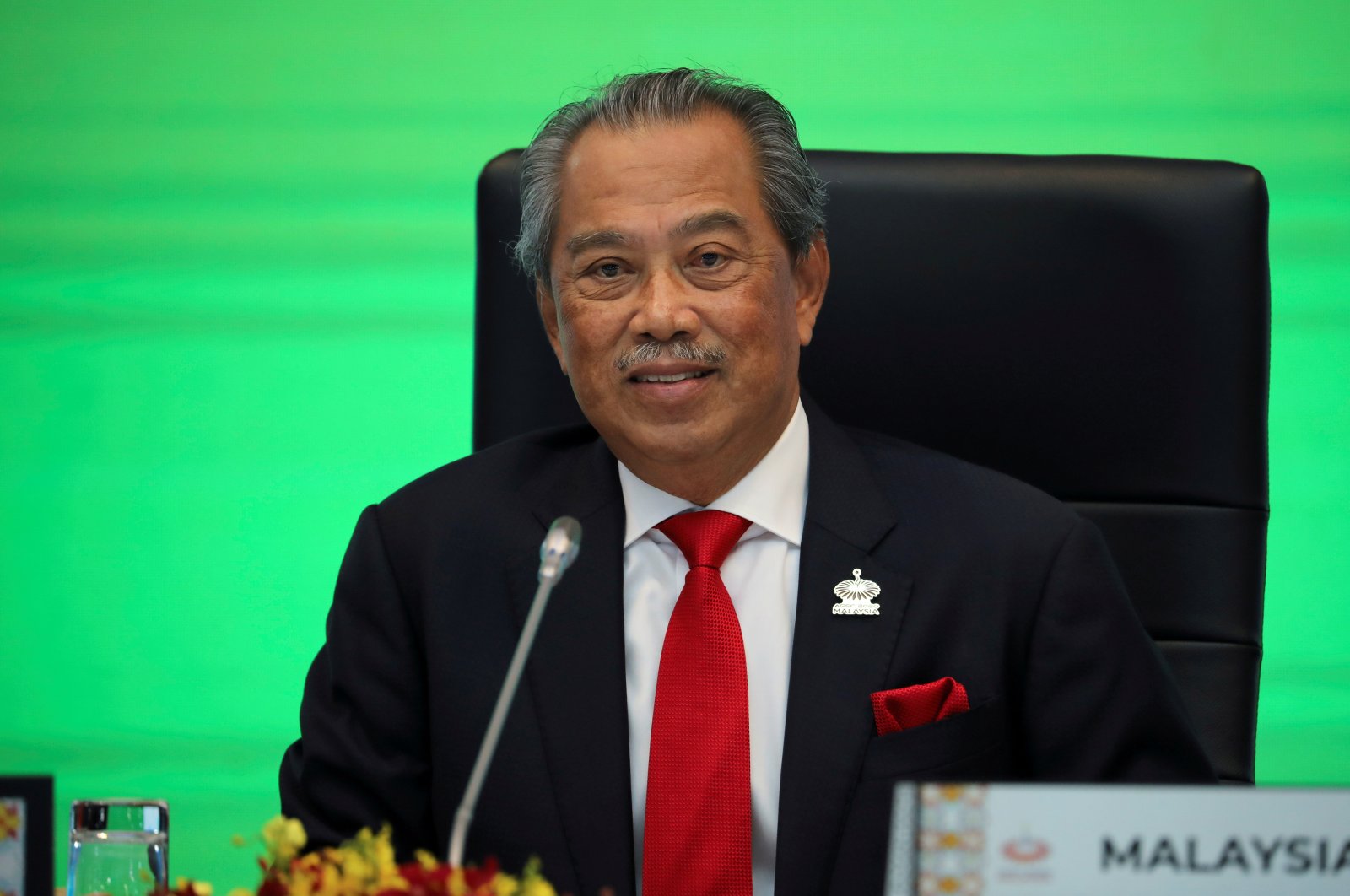 If confirmed, Muhyiddin's resignation would end a tumultuous 17 months in office but also bring more uncertainty to Malaysia as the country grapples with surging COVID-19 cases and an economic downturn.

It was not immediately clear who could form the next government, given there is no clear majority in parliament, or whether elections could be held during the pandemic.

It would be up to the constitutional monarch, King Sultan Abdullah Sultan Ahmad Shah, to decide what happens next.

Muhyiddin will submit his resignation to the king Monday, according to Mohd Redzuan Md Yusof, a minister in the prime minister's department, Malaysiakini reported Sunday.

Reuters could not reach Mohd Redzuan and the prime minister's office did not immediately respond to a request for comment.

Malaysiakini quoted Mohd Redzuan as saying that Muhyiddin informed party members of his decision to resign after exhausting all other options to sustain the government.

"Tomorrow, there will be a special Cabinet meeting. After that, he will head to (the palace) to submit his resignation," Mohd Redzuan told Malaysiakini.

Muhyiddin's grip on power has been precarious since he took office in March 2020 with a slim majority. Pressure on him mounted recently after some deputies from the United Malays National Organisation (UMNO) party – the largest bloc in the ruling alliance – withdrew support.

The premier had for weeks defied calls to quit and said he would prove his majority in parliament through a confidence vote in September.

But Friday, Muhyiddin admitted for the first time that he did not have a majority and made a last-ditch effort to woo the opposition by promising political and electoral reforms in exchange for support on the confidence vote. The offer was rejected unanimously.

The king has the constitutional power to appoint a prime minister from among elected lawmakers based on who he thinks can command a majority.

Oh Ei Sun, a senior fellow with Singapore's Institute of International Affairs, said the king could also appoint an interim premier until a permanent successor is found.

The premier would then have to face a confidence vote in parliament, he said.

UMNO, Malaysia's "grand old party," governed the country for more than 60 years from independence until its 2018 election defeat after widespread corruption allegations.

It returned to power in 2020 as part of Muhyiddin's coalition. It is the biggest bloc in the coalition but did not hold the premiership post, which played a part in the alliance infighting.

Muhyiddin has said the recent turmoil was because of his refusal to meet demands including the dropping of corruption charges against some individuals.

UMNO politicians including former Prime Minister Najib Razak and party president, Ahmad Zahid Hamidi, are facing graft charges. They have denied wrongdoing and were among those who withdrew support for Muhyiddin this month.