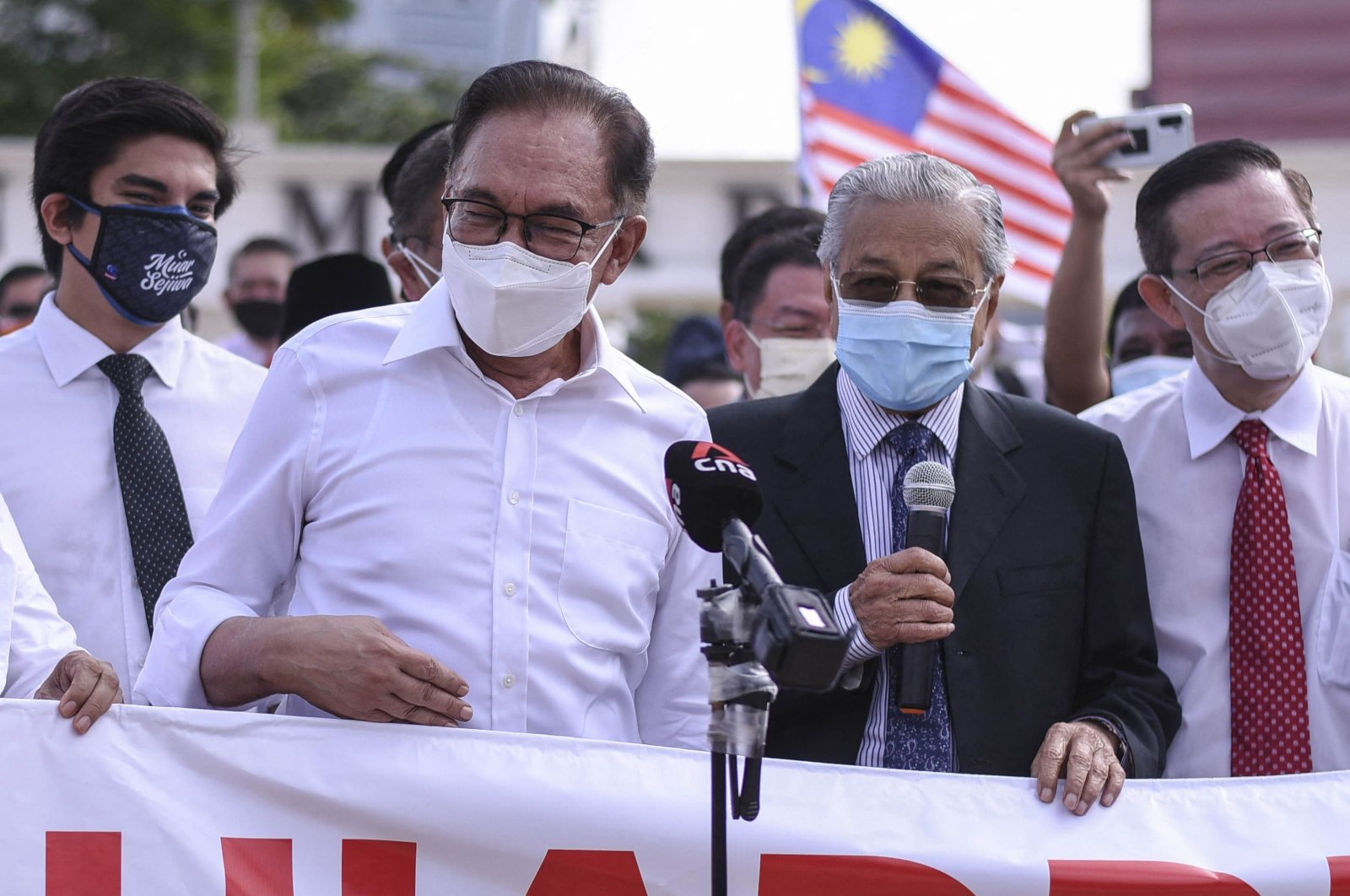 Malaysian political heavyweights Mahathir Mohamad and Anwar Ibrahim put aside long-running animosity and joined an opposition protest Monday against the shutdown of Parliament and demand the country's embattled premier resign.

The final day of a parliamentary session, due to take place Monday, has been canceled after the discovery of several COVID-19 cases in the legislature.

But rivals accused Prime Minister Muhyiddin Yassin of using COVID-19 as an excuse to dodge a no-confidence vote that could cause the collapse of his crisis-hit government.

The Parliament sitting, which began last week, was the first this year after political activities were suspended under a state of emergency, ostensibly to fight a worsening outbreak.

On Monday two-time former Prime Minister Mahathir and Anwar stood side by side at the head of a group of around 100 lawmakers before they tried to march on Parliament, as Agence France-Presse (AFP) reported.

The pair's turbulent relationship has long loomed over Malaysian politics, and it has been rare to see them together since the collapse of their coalition government last year amid infighting.

"Even when people condemn (Muhyiddin) he remains shameless and refuses to step down," Mahathir, 96, told reporters in a historic Kuala Lumpur square.

Anwar said that Muhyiddin's government had "lost its legitimacy," and he no longer commanded majority support in Parliament.

"We are protesting today because we want to protect the people," he said. "This government has failed to carry out its duties but is continuing to cling to power," Anwar added, according to The Associated Press (AP).

The lawmakers, chanting "step down Muhyiddin," were stopped by police as they attempted to reach Parliament and peacefully dispersed.

In the late 1990s, during his first stint as premier, Mahathir sacked Anwar from government, and he was subsequently jailed for sodomy and abuse of power in a case criticized as politically motivated.

They buried the hatchet to lead an opposition alliance to a historic election victory in 2018 – only to fall out again.

Muhyiddin took power last year at the head of a scandal-hit coalition but his government is in crisis after allies withdrew support.

The state of emergency officially ended on Sunday, although a nationwide lockdown remains in place.

Last week's sitting of Parliament was the first of the year and was held after Muhyiddin caved to pressure from the king, but debates were banned in the session held only to brief lawmakers on the pandemic and related issues.

Muhyiddin said that the king has to act on the Cabinet’s advice and insisted his administration didn’t violate the constitution. Any debate in Parliament could test Muhyiddin's support with his alliance holding a razor-thin majority.